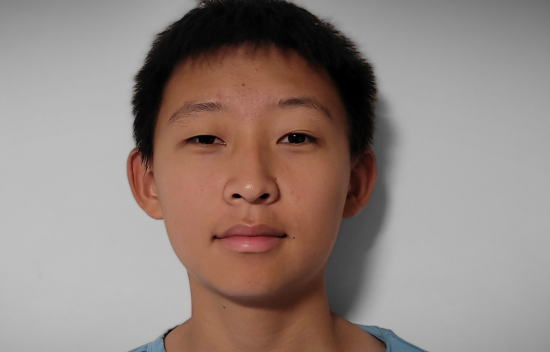 Since he is a member of Stuyvesant High School’s policy debate team in New York City, and a lover of history and politics–his favorite subjects include AP United States Government and Politics and AP European History–it is no surprise that junior Angier Lei was one of our recent Think the Vote debate winners. In addition to the debate team, Angier also plays on the school’s tennis team and is the vice president of the history club.

Angier is proud of his accomplishments in debate and history. “I have been able to attend competitions hosted by prestigious institutions such as Harvard and Yale in debate,” he notes, “And have qualified for an international history trivia competition.”

Angier is a fan of many different musical genres including classical jazz, pop, and electronic dance music. His favorite book is 20,000 Leagues Under the Sea, and in his spare time he enjoys hanging out with friends and playing video games.

The three most important issues to Angier as a future voter are social justice, healthcare, and the environment. As far as plans for the future, “I intend on pursuing a career in political or social science,” Angier says, “But I’m leaving my options open as I like to be prepared for the possibility of change.”

Angier says his heroes are his parents, emphasizing “the difficult sacrifices [they made] for me in the hopes that I would have a better life than they did, and that I would be the first in my family to go to college, the first to get a stable, well-paying job, and the first to live a life where I could achieve my dreams.”

“When I achieve my dreams in life,” says Angier, “I will know that my heroes have also achieved their dreams: a better life for me.”