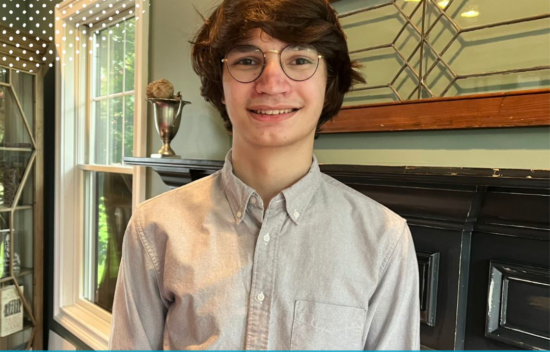 Alexander Mahdavian is a rising sophomore at Ridge High School in Basking Ridge, New Jersey, and one of the runner-up winners in the 2022 We the Students Essay Contest. Alexander is very involved in his school’s Academic League, Latin Club, and Amnesty International chapter. The latter has had particular influence on his career plans for the future as he hopes to work in some legal capacity for the UN or with the US government.

His favorite subjects are English and history, and he hopes to continue on this path in college by majoring in American history. His passion for the subject is further evidenced by his selection of Alexander Hamilton when posed with the question of which historical figure he would follow if they were alive and on social media today. Apart from sharing his name, Mahdavian notes that “Hamilton would be interesting to follow as he was always trashing the other founding fathers.”

That said, Alexander cites Harvey Milk, Malcom X, and Ruth Bader Ginsburg as his greatest influences because they inspired his interest in law, government, and social activism. These interests are reflected in the three most important issues to Alexander as a future voter: climate change, gun control, and corporate influence on our government.