Have students work in pairs, small groups, or as a large group to skim Handout A: Universal Declaration of Human Rights (UDHR) to get an impression of its contents and structure. They should answer these questions: What similarities and differences do you note between the UDHR and United States founding documents? Which approach to thinking about rights is more enforceable? According to the 8th paragraph of the Preamble, who is responsible for securing the rights and freedom listed in the UDHR? By what means?

The United Nations Activity: Compare the Universal Declaration of Rights to the U.S. Founding Documents

Conclude with a class discussion of Question 4 on Handout E:

Watch for news reports about the United Nations. Be ready to share current events and participate in discussion of the U.N. 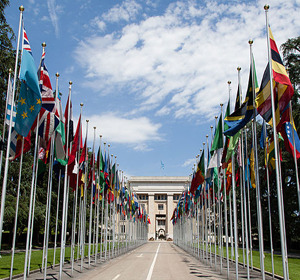