Known as the “Financier of the Revolution,” Robert Morris played a critical role in winning and securing American independence. As chairman of the Continental Congress’s Finance Committee between 1775 and 1778, Morris traded flour and tobacco to France in exchange for war supplies such as guns, powder, and blankets. Morris risked his own ships in bringing these supplies past the fearsome British Navy. He was also the architect of the financial system of the early republic. As superintendent of finance under the Articles of Confederation, Morris almost single-handedly saved the United States from financial catastrophe in the 1780s.His plan to fund the national debt and to deposit federal money in a private bank foreshadowed the financial system that Secretary of the Treasury Alexander Hamilton would implement in the 1790s.

Though Morris risked much of his personal wealth in service to his country, he was criticized by some for profiting from public service. During his chairmanship of Congress’ Finance Committee, Morris’ company was paid by the American government a commission of two percent on each shipment of supplies the company brought into the country. This compensation was in lieu of the salary that most public officials received. Nevertheless, Morris’s enemies seized upon the appearance of impropriety and charged him with malfeasance. But investigations of Morris’s conduct failed to turn up evidence of wrongdoing. Some of the accusations against him were motivated by jealousy, as Morris became perhaps the richest man in America in the 1780s.

Morris signed all three of the nation’s principal documents: the Declaration of Independence, the Articles of Confederation, and the Constitution. He was indeed a leading supporter of the Constitution, believing it imperative that the national government be empowered to deal with the country’s financial problems. Despite his genius for money, however, Morris fell on hard times in the 1790s. The man who was largely responsible for the nation’s emerging prosperity ironically spent his final years in poverty.

Ask the students to consider the tone of Morris’ letter. What is Morris’ attitude toward the governors? Have students underline/circle words and phrases that reflect this tone. What does this letter reveal about the relationship between the central government and the states under the Articles of Confederation?
See Answer Key.

Suggestions:
Students could compose a letter of supplication to someone over whom they have no authority. They can use the techniques of persuasion employed by Morris. Possibilities for the letter include the following:

Handout C: In His Own Words: Robert Morris on States’ Responsibilities 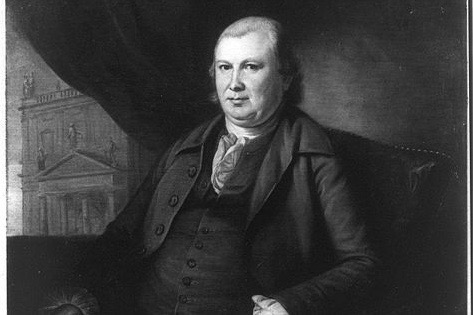 Morris played a critical role in winning and securing American independence. As chairman of the Continental Congress’s Finance Committee between 1775 and 1778, Morris traded flour and tobacco to France in exchange for war supplies such as guns, powder, and blankets.