John Witherspoon, a Scottish immigrant to America, was a minister, member of the Continental Congresses, and signer of the Declaration of Independence. He made his most important contribution to the causes of American independence and liberty, however, in his role as an educator. Witherspoon was president of the College of New Jersey (later, Princeton University) for twenty-six years, between 1768 and 1794.His ideas about religion, education, and free enterprise had a significant impact on his contemporaries. Witherspoon himself taught one president (James Madison) and one vice president (Aaron Burr). He also instructed nine cabinet officers, twenty-one senators, thirty-nine congressmen, three justices of the Supreme Court, and twelve state governors. Five of the fifty-five members of the Constitutional Convention were his former students.

Witherspoon’s impact on the ministry of the Presbyterian Church was also significant. Of the one hundred seventy-seven ministers in America in 1777, fifty-two of them had been Witherspoon’s students. As a clergyman active in public affairs, Witherspoon resented the clause in Georgia’s new constitution of 1777 that expressly forbade clergymen of any denomination from sitting in the legislature. He wrote a letter protesting this exclusion, but the clause was not removed until 1798, four years after Witherspoon’s death.

Ask the students to answer these questions:

Students could answer the following questions in a class discussion or for homework:

Handout C: In His Own Words: John Witherspoon on the Clergy in Politics 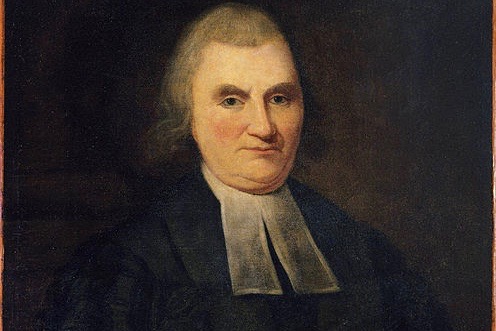 A renowned theologian from Scotland, John Witherspoon educated many young men who became prominent leaders of the Founding generation. He went on to embrace the revolutionary cause.