The fourth of seven children born to Quaker parents, Benjamin Rush was the most famous physician of his time. Known and respected by many of the Founding generation, Benjamin Rush treated illnesses such as yellow fever and smallpox, putting himself at great risk to do so. During the yellow fever epidemic of the 1790s he often saw more than one hundred patients a day and published an account of his findings, An Account of the Bilious Remitting Yellow Fever, as it appeared in the City of Philadelphia, in the year 1793. His regular practice of bloodletting was surrounded by debate.

He did not limit his ingenuity to medicine. He also played a major role in revolutionary politics, attending the Continental Congress of 1776 and signing the Declaration of Independence. He and James Wilson led their home state of Pennsylvania to become the second state to ratify the new Constitution.

Decidedly revolutionary in his thinking, he worked to cure social ills such as slavery, alcoholism, and tobacco addiction. He was a pioneer in the study of mental illness and a champion of humanitarian reforms. He often said that, when it came to bringing about much-needed change, “Prudence is a rascally virtue.” His reputation was for innovation and candor, if sometimes to the point of tactlessness. Throughout his career, Rush pursued his revolutionary ideas with three goals in mind: to improve life, ensure liberty, and encourage the pursuit of happiness.

In his Lectures on The Mind, Rush stated that women were intellectually inferior to men. This difference, he believed, was natural and proper.

I hold it to be essential . . . to the order and happiness of domestic society, that there should exist exactly those degrees of inferiority and contrast between the two sexes. . . . Many of the disorders, not only of domestic, but of political society, I believe originate in the inversion of this order.

Handout C: In His Own Words: Benjamin Rush on Education 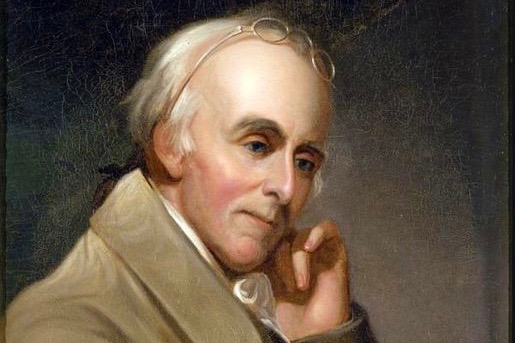 Rush was the most famous physician of his time. Known and respected by many of the Founding generation, Benjamin Rush treated illnesses such as yellow fever and smallpox, putting himself at great risk to do so.