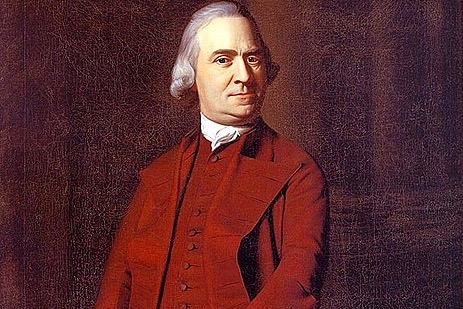 Samuel Adams was born on September 22, 1722, in Quincy, Massachusetts. He entered Harvard College at the age of 14. During the 1760s, Adams became a leader of the Patriot resistance to the British government’s attempt to tax the American colonies. With John Hancock and James Otis, Adams organized the Sons of Liberty. This group worked to oppose the new taxes enacted by the royal governor of Massachusetts, Thomas Hutchinson.

In 1772, Adams composed a pamphlet entitled “The Rights of the Colonists.” In this essay, Adams appealed to the idea of natural rights. Adams claimed that the American colonists were “entitled, to all the natural, essential, inherent, and inseparable rights, liberties, and privileges of subjects born in Great Britain.” Though Adams did not go so far as to call for American independence outright, he asked frankly, “how long such treatment will or ought to be borne.”

Adams was elected to the Continental Congress in 1774. In that body, he became a champion of American independence. Adams served on the committee that drafted the new Massachusetts Constitution of 1780. As a member of the Continental Congress, he also helped write and signed the Articles of Confederation. Adams did not attend the Constitutional Convention of 1787. He rejected the purpose of the Convention, which was to strengthen the central government. Adams feared that a stronger government would infringe on the people’s liberty.

“The country shall be independent, and we will be satisfied with nothing short of it.” – 1774

“Of how much importance is it, that the utmost pains be taken by the public to have the principles of virtue early inculcated on the minds even of children, and the moral sense kept alive.” – 1775 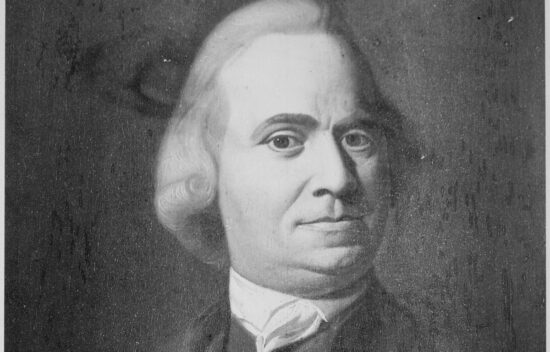 In this lesson, students will study the life of Samuel Adams. They will learn about his role as a leader in the American opposition to British tyranny, his hopes for a new American government, and his methods of persuasion for the Revolutionary cause.