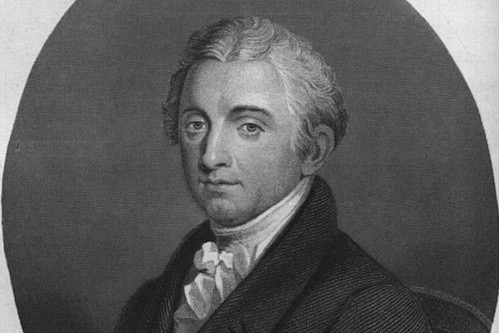 Though James Madison has been given the title “Father of the Constitution,” Gouverneur Morris could be considered second in importance in shaping the final version. Morris spoke more often (173 times) than any other delegate at the Constitutional Convention of 1787. Though he was often on the losing side of issues and was not a political theorist on the level of Madison, Morris was a leader of the nationalist bloc at the Convention that ultimately carried the day. In addition, it was the native New Yorker who actually crafted much of the language of the United States Constitution.

Assigned to the Committee of Style as debate at the Philadelphia Convention drew to a close, Morris was given the task of wording the Constitution by the committee’s members. Through thoughtful word choice, Morris attempted to enhance the power of the federal government. Most significantly, Morris’s choice of the words, “We the people,” for the beginning of the famous Preamble helped to define the American nation as a single entity, created by the people, not the states. This argument would later be used by John Marshall and Abraham Lincoln to assert the supremacy of the federal government over the states.

Troubled by the War of 1812, sectional differences, and evidence of national weakness, Morris lent support in the last few years of his life to a movement to establish a separate confederacy encompassing New England and New York. It was perhaps an unexpected epilogue to the life of a man who had done so much to promote a strong Union twenty-five years earlier.

“Slavery is the curse of heaven on the States where it prevails.” – 1787

“In adopting a republican form of government, I not only took it as man does his wife, for better, for worse, but what few men do with their wives, I took it knowing all its bad qualities.” – 1803