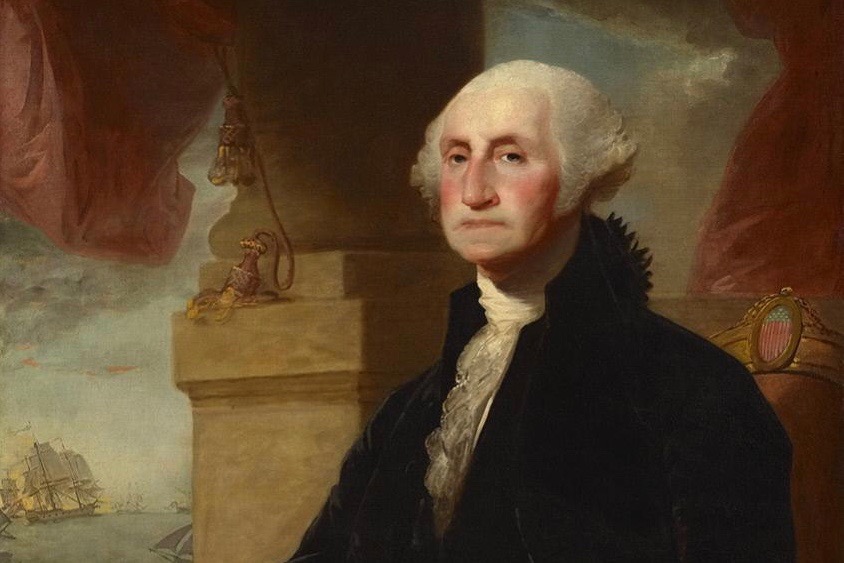 Americans have long appreciated George Washington’s importance to our history. Washington secured American independence as commander of the Continental Army and established traditions as the nation’s first president. His unblemished character and force of personality steeled men’s hearts in combat and stirred their souls in peace. Recently, historians have begun to recognize Washington’s intellectual contributions to the formation of the American republic. Washington understood the relationship between political theory and practice and was close to many of the leading statesmen of the time like James Madison, Alexander Hamilton, and Thomas Jefferson. Indeed, the friendship between Washington and Madison is one of the most important political partnerships of the Founding Era.

During the 1780s, Washington’s home at Mount Vernon served as a crossroads for ideas that led to the shaping of the Constitution in 1787 at Philadelphia. Representatives of the Confederation Congress, delegates to the Constitutional Convention, and members of state ratifying conventions all stopped at Mount Vernon during the decade on their journeys north and south. Few of these conversations are recorded in detail, but no other private home in America was the scene of so many discussions among the politically powerful. It could justly be said that the outlines of the new republic were largely drawn one hundred feet above the Potomac River on a farm whose location marked the exact geographic midpoint between North and South.

Washington was elected president of the United States in 1789. Read Washington’s Inaugural Address.

On September 19, 1796, many Americans woke up and read their newspaper. That day the headline emblazoned across Philadelphia’s largest paper, the American Daily Advertiser, was quite a surprise: “President To Resign; Issues Solemn Warnings To Nation.” The full text of what came to be known as Washington’s Farewell Address also appeared in the paper that day.

While the Constitution did not expressly limit the term of the president, Washington knew its system of checks and balances was designed to prevent an abuse of power. So though its letter did not forbid a third term, he felt its spirit did. Washington’s refusal of a third term set an example for his successors that was followed until President Franklin Delano Roosevelt ran for and was elected to third and fourth terms in 1940 and 1944. (The Twenty-Second Amendment, setting presidential term limits, was added to the Constitution in 1951.) The Constitution’s framework for government and its assurance of liberty would only work if people were willing and able to moderate their own passions and prejudices. The example he set by resigning was one of moderation.

Even writing a farewell speech presented a challenge for Washington. He wrote to James Madison in 1792 and shared his concerns that such a speech “may be construed into a maneuver to be invited to remain.” In fact, Alexander Hamilton wrote most of the speech.

His farewell address is best remembered for its advice on foreign affairs, but it also addressed issues of self-discipline. He warned against leaders who have a “love of power” as dangerous to liberty: “A just estimate of that love of power, and proneness to abuse it, which predominates in the human heart is sufficient to satisfy us of the truth of this position,” Washington said.

Washington had always been moderate in his desire for power. He had been somewhat of a reluctant hero since the beginning of his career in the military and politics in 1775, when the Continental Congress appointed him Commander in Chief of the Continental Army. Washington did not seek out this position, but felt he should do his duty. He led the colonial troops for the eight years before and immediately after the American Revolution. When he relinquished his commission in 1783, Washington told Congress that it was the “last solemn act of my official life.”

Like many of his contemporaries, Washington admired the republic the Romans had created, but also learned that its demise resulted from a lack of self-discipline and moderation. A quote from one of his favorite plays about ancient Rome, Cato, reveals the importance Washington gave to moderation: “Thy steady temper. . . can look on guilt, rebellion, fraud, and Caesar in the calm light of mild philosophy.”

Washington was well aware of the historical nature of his presidency. Ever conscious of his conduct, he applied the values he held dear in private to his public life. He reflected on his position as role model: “I walk on untrodden ground. There is scarcely any part of my conduct which may not hereafter be drawn into precedent.”

“The time is now and near at hand which must probably determine whether Americans are to be freemen or slaves. . . . Our cruel and unrelenting enemy leaves us the only choice of brave resistance, or the most abject submission. We have, therefore, to resolve to conquer or die.” – 1776 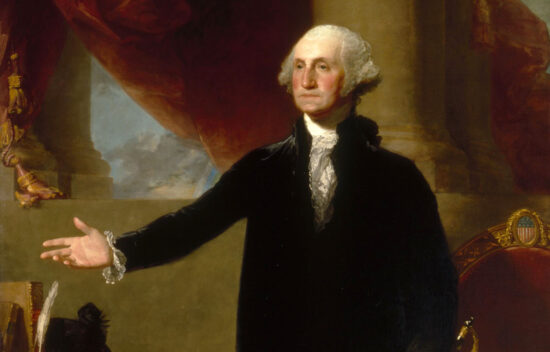 In this lesson, students will study the life of George Washington. They will learn why he is known as "Father of His Country," his reasons for not seeking a third term as president, the purposes of his Farewell Address, and much more.