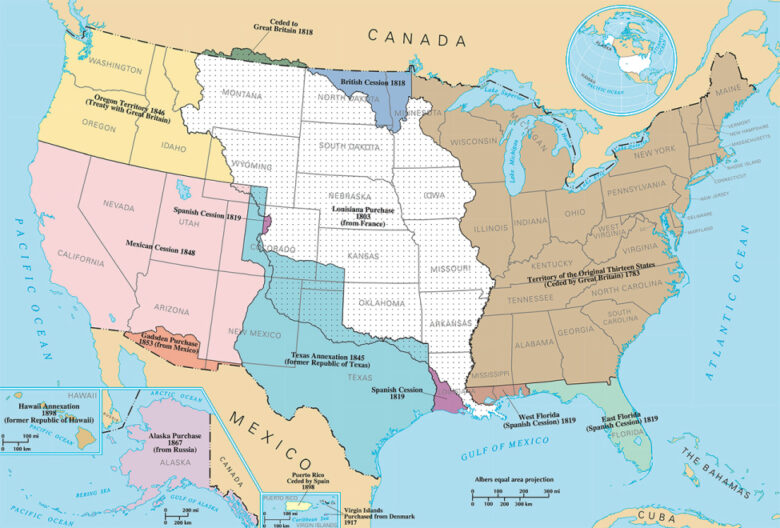 Use this Narrative after the Chapter 10 Introductory Essay: 1898-1919 to allow students to learn more about the American conservation movement and the steps its leaders took to preserve the natural environment.

The United States in the nineteenth century was characterized by abundance, notably of land and natural resources. Perhaps the most important resource for the expansion of the industrial sector of the American economy was timber. Trees not only covered much of the land and were ripe for harvesting, they also needed to be cut down if agriculture, the dominant sector of the economy, were to produce enough food to sustain the rapidly growing population. Timber was used to build houses and provide furniture and heating for residents; to erect factories and fuel machines; to construct ships to carry cotton (and, after 1870, wheat) across the Atlantic; to build canal barges for carrying produce from the Midwest to Atlantic seaports and imported goods from the seaports to the Midwest; to provide the sleepers on which the iron tracks for railroads rested; and to supply power for the locomotives that rode on the tracks. Gradually, as the cost of shipping goods around the country diminished because the limitations of distance were overcome, other natural resources became more important, most notably, coal, petroleum, and ores of iron, copper, and other minerals. Land was no longer simply being cleared of old-growth forests but was increasingly mined for materials needed by industry. However, sound environmental management was not always a concern, and eventually, there was a price to pay for scarring the land.

Throughout this period of continental expansion, the U.S. government pursued policies that promoted westward expansion and continental settlement. This was a matter not simply of negotiating the transfer of land from France (the Louisiana Purchase in 1803), Spain (the Florida/Adams-Onís Treaty in 1819), and Mexico (the Gadsden Treaty of 1853 for present-day Arizona and New Mexico). It also meant establishing a process by which these new territories should be settled. The governing authority to do so was established a century before by the Northwest Ordinances (1785, 1787), which provided for the systematic survey and sale of land west of the Appalachians.

As the spread of railroads accelerated the process of continental settlement and the potential for future economic opportunities, federal land policies became more generous. The turning point was the Homestead Act of 1862, which carved western lands into parcels of 640 acres and sold them to settlers for a token payment. Later, legislation followed, such as the Timber Culture Act (1873) and the Desert Land Act (1877), each designed to promote rapid transfer of federal land into private hands to boost economic expansion through the use of natural resources.

But the tide was already turning, as attitudes toward the rapid and seemingly unstoppable consumption of natural resources began to change. The Transcontinental Railroad had been completed in 1869, permanently linking the East and West Coasts of the United States and allowing continuous movement of goods and people across the continent. Not only were the lines of communication and transportation complete but the settlement of the continental United States seemed close to completion as well. Historian Frederick Jackson Turner gave voice to this idea with his address on the significance of the frontier in American history, delivered to the American Historical Association in 1890. With the closing of the frontier came fears that the fundamental character of the American people would change, because it had been shaped by that frontier. Moreover, the belief that America was blessed with a near-infinite abundance of resources was under challenge.

A number of intellectual movements shaped the last decades of the nineteenth century and entered the mainstream of American intellectual and social thought in the first decades of the twentieth. The first was the idea of efficiency. Manufacturers hoping to drive down production costs embraced efficiency by reducing their consumption of resources, whose prices were rising as demand caught up with supply. Efficiency later also became the watchword of Progressivism, which sought to order an increasingly complex and chaotic world by using scientific measurement and the policy insights of experts. Scientific management and national efficiency were key elements of this movement; legislation to curb the perceived excesses of urban industrial life was among its products. Another intersection between Progressivism and the perceived closing of the frontier was the growing belief that not only was the innocence of American economic life being sullied by modernization, technology, urbanization, and the inexorable rise of big business but so was the innocence and purity of the American environment.

The settlement of the West had unleashed creative energies and an entrepreneurial spirit, and it contributed to economic, social, and geographic mobility. But as faith in abundance was increasingly replaced by an awareness of limits and fear of overuse, a budding environmental movement found itself split between those who believed in scientific management to conserve the environment for sustainable future use and those who wanted to preserve it untouched.

There were, in effect, two strands in the movement toward conserving the environment. One was represented by John Muir, a disciple of transcendentalist author Ralph Waldo Emerson and advocate for the preservation of wilderness areas before their wholesale destruction by human settlement and intensive logging. Muir was a pioneering environmentalist who became a highly influential figure through the publication of numerous books and articles on the flora, fauna, and beauty of wilderness areas, especially in the western states. He is perhaps best remembered for his roles in the creation of Yosemite National Park in 1890 and the establishment in 1892 of the Sierra Club, which remains a major force in the conservation movement today. Muir did not found the environmental movement in the United States; George Perkins Marsh, a diplomat deeply interested in conservation, had delivered a speech opposing deforestation as early as 1849 and published Man and Nature, considered the most significant early work in the conservation movement, in 1864. Nor did Muir begin the national park movement; the first national park, Yellowstone, was dedicated in 1872. But he did become the movement’s most famous advocate.

The other strand of the environmental movement was personified by Gifford Pinchot, the first head of the U.S. Forestry Service, who argued for scientific conservation. This was the purposeful, structured harvesting of forest resources, designed simultaneously to minimize waste and damage to western forests from industrial demands and maximize the potential for future harvesting to support continued economic expansion. Pinchot recommended not the end of logging but rather the efficient use of resources. He wanted to reduce waste by private enterprise on government-owned land and ensure the availability of lumber for the needs of industry. Order, not chaos, was his prevailing philosophy.

Both these strands of thought were reflected in the actions of Theodore Roosevelt, an instinctual preservationist and a pragmatic conservationist who was the political embodiment of the conservation movement. With his friend, fellow hunter and outdoor enthusiast George Bird Grinnell, Roosevelt founded the Boone and Crockett Club in 1887, which later became his brain trust on how to balance the interests of the natural environment with the demands of a modern American economy. Roosevelt was acutely aware of the combination of circumstances that made a solution so urgent. He also understood that the West represented the last frontier of American expansion, and that the tensions between nature and modernization would be fought on land that was under the federal government’s control. He saw it as a national problem that could be solved only by the national government.

Roosevelt was by no means the first U.S. president to take steps to protect the environment. In 1891, Congress had repealed the Timber Culture Act, replacing it with the Forest Reserve Act, which gave the federal government the power to create forest reserves on some 50 million acres of federal land that were set aside over the next decade. But it was Roosevelt, through a combination of publicity and policy, who became known as the conservation president. His actions added an additional 230 million acres to protected terrain in the form of forest reserves, national parks, and game and bird reserves. Much of this was done by presidential edict through executive order, but Congress added to the powers of the presidency by passing the Newlands Reclamation Act in 1902, which laid down the basis for irrigation of arid western lands that has shaped the geography of the region over the past century.

Congress and the president joined forces in 1905 to create the U.S. Forest Service. Pinchot was appointed the first head of the agency, with extensive powers to shape conservation policy. But his proposal to extend the precepts of scientifically managed conservation to the national parks angered preservationists such as Muir, who sought protection of wilderness areas.

The rapid expansion of national forests (121 were established during Roosevelt’s presidency, mostly by executive order) created tensions between the president and Congress, especially among representatives from the western states who thought the policy had gone too far too quickly. In 1907, to restrain Roosevelt’s use of presidential power, Congress passed legislation that prevented the establishment of new national forests by executive order. In the same year, the Denver Public Lands Convention, set up by the governor of Colorado and attended mostly by representatives of western ranching and mining interests, called for a moratorium or halt on the setting aside of national forests and national parks, because they wanted to use the land’s natural resources.

In the end, neither vision of environmentalism prevailed over the other. Congress continued to create national parks and national forests. Roosevelt left the presidency in 1909 and Pinchot was fired from the Forestry Service in 1910 after a political spat with the secretary of the Interior, but both men continued their advocacy of conservation policies as private individuals and both remained influential. (Pinchot became a two-term governor of Pennsylvania in the 1920s and 1930s, pursuing progressive policies including unemployment relief and public works programs.) But the Golden Era of conservation had passed, and the ideas that had fostered it were eclipsed by more the immediate issues of war, prosperity, and depression. It was not until the publication of Rachel Carson’s Silent Spring in 1962 that a new wave of environmentalism began, stimulated by industrialism’s impact not just on the well-being of wilderness areas but on the health and welfare of the American people.

1. A systematic process for the survey and sale of western lands and the orderly admission of new states into the Union was established by the

2. The goal of federal land policy before the late nineteenth century was

3. The conservation movement of the early twentieth century echoed the progressive movement’s emphasis on

4. Efficient use of the environment and its resources through government regulation is best represented by the ideas of

5. Actions taken by the U.S. government to protect the environment before the presidency of Theodore Roosevelt included all the following except

6. Theodore Roosevelt became known as the conservation president largely because

Conservation is a great moral issue, for it involves the patriotic duty of insuring the safety and continuance of the nation. Let me add that the health and vitality of our people are at least as well worth conserving as their forests, waters, lands, and minerals, and in this great work the national government must bear a most important part.”

1. Which of the following developments represented a continuation of the sentiments in the excerpt?

2. This excerpt most directly reflected a growing belief that

Muir, John. The Mountains of California.

Pinchot, Gifford. The Fight for Conservation.

Roosevelt, Theodore. The Winning of the West.