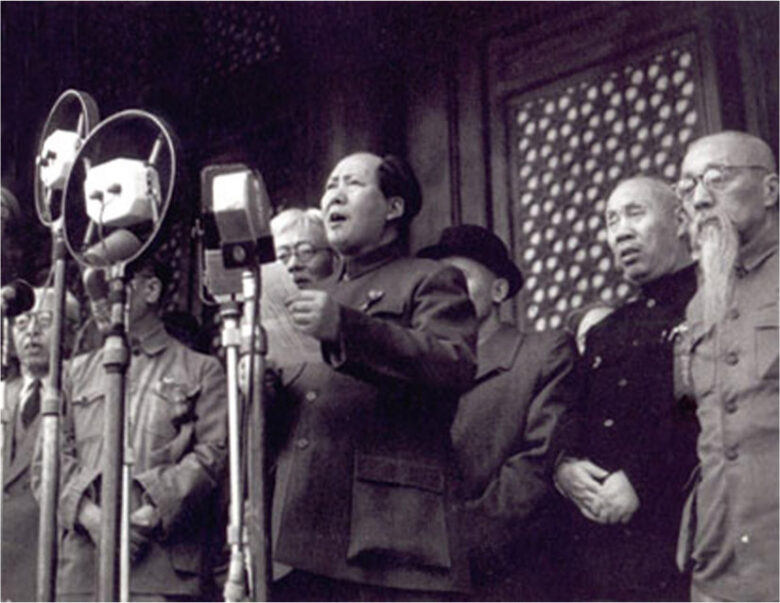 Written by: Stephen Tootle, College of the Sequoias

Use this decision point with The Korean War and the Battle of Chosin Reservoir Narrative, the Truman Intervenes in Korea Decision Point, and the Harry S. Truman, “Truman Doctrine” Address, March 1947 Primary Source to have students analyze the United States’ involvement in the conflict.

In June 1950, a Soviet-backed Communist army from North Korea invaded South Korea. With communism on the march on several fronts worldwide, President Harry S. Truman had to decide whether to intervene in the Korean War. Truman’s deliberations were guided by the principles of containment policy of the early Cold War.

Facing postwar expansion by the Soviet Union in Asia, the Middle East, and Europe, Truman and his foreign policy advisors developed the idea of containment. Prompted by the immediate threat of communism in Turkey and Greece, the president issued a statement that came to be known as the Truman Doctrine, which pledged the United States to contain Soviet expansion and “support free peoples who are resisting attempted subjugation.” The Soviets continued to challenge the United States in the ongoing confrontation between the two superpowers. Besides promoting containment, the Truman administration was fearful of appearing to appease the advance of communism, as the Western powers had appeased Hitler at the 1938 Munich Conference and thereby emboldened the dictator’s expansionist policies. Republican and other critics were attacking Truman for “losing China” when that country became communist in 1949.

The time between the summer of 1949 and the summer of 1950 was a shocking year for American foreign-policy makers. In August 1949, the Soviets successfully detonated their first atomic bomb. Less than two months later, Mao Zedong proclaimed the founding of the Communist People’s Republic of China as his army forced the nationalist opposition to retreat to the island of Taiwan. Only two months before the June 1950 invasion of South Korea, the National Security Council had produced a report called NSC 68 that described the communist world as aggressive, expansionist, and a grave threat not only to the United States but also to “civilization itself.” In June, the Korean peninsula between China and Japan became a flashpoint in the Cold War, indicating the contest between the free world and the communist world had entered a new, deadly phase.

From 1910 to 1945, Japan had ruled the Korean peninsula. Once Japan lost control of Korea at the end of World War II, the Soviet Union and the United States divided the administration of the country between themselves. South of the 38th parallel, the United States supported an elections process sanctioned by the United Nations (U.N.) that established a free government. In the North, Soviet-controlled Communists formed their own government, led by Kim Il-Sung. With the relationship between the free world and the Communist world deteriorating, a peaceful reunion of North and South Korea became less likely.

As the Chinese Communists consolidated power, they wanted to take their place next to the Soviet Union as leaders in the international Communist movement. For this reason, they supported the North Korean invasion of the south. Truman’s desires notwithstanding, the Soviets, Chinese, and North Koreans wanted war and believed they could win. China and the Soviet Union dictated the timing of the invasion. In the spring of 1949, Mao Zedong promised that the Chinese would send their own soldiers into the Korean fight once their country’s civil war concluded. He told a visiting delegation of North Koreans, “[W]e can throw in Chinese soldiers for you. . . . no one will notice.” The North Koreans awaited the signal from the Soviets that the invasion could begin.

For their part, Stalin and the Soviets decided the time was right to allow Kim to invade the south and open another front in the Cold War. Stalin was convinced the United States would not defend South Korea, and his conclusion was not unreasonable, given the information at his disposal. For a long time, Communist spies in the American government had been giving Stalin the intelligence necessary to make better-informed judgments about American intentions. Stalin also remembered that the United States had not fought the Communist takeover in China the previous year. Finally, U.S. Secretary of State Dean Acheson had announced publicly in January 1950 that South Korea was outside the American defense perimeter. Stalin considered this evidence, then gave Kim permission to invade South Korea while the Chinese promised to support the Korean Communists. Stalin left Kim with a warning about what would happen “if you get kicked in the teeth. I shall not lift a finger.”

On June 25, 1950, North Korean forces surged across South Korea and began to conquer large swaths of territory. In one of the greatest intelligence failures in American history, the invasion caught the United States and South Korea completely by surprise. The shock was so total that it galvanized American public opinion and President Truman. Within hours of the invasion, Truman decided that the United States would fight.

As the North Korean army, with help from China and the Soviet Union, pushed south and swallowed mile after mile of territory, it became obvious to President Truman and his advisors that the communist nations were coordinating their activities and aggressively pursuing their goals. Now, NSC 68 seemed prescient rather than alarmist. In strictly military and geostrategic terms, the real possibility of losing the Korean peninsula was also setting in. Perhaps Korea was more important to American security than the government previously understood. If communists took Korea, they could then directly threaten Japan. Coming so soon after the communist takeover of China, the loss of Korea would also contribute to the impression that communism was on the march around the globe. Although not eager for war so soon after the conclusion of World War II, Americans had certainly learned that unchecked aggression often led to bigger, deadlier wars. Finally, if the invasion were not stopped, people and nations around the world would question whether the United Nations had any value.

Observers wondered which constitutional authority gave Truman the power to commit American soldiers to a long-term conflict. Initially, he was acting under his own powers as commander-in-chief of the armed forces, but even he seemed to struggle to justify the decision he had already made by sending American armed forces into a war zone without a congressional declaration of war. When describing military action, Truman first spoke of working with the United Nations “to suppress a bandit raid.” When a reporter asked whether it was fair to call the effort a “police action,” Truman replied, “Yes. That is exactly what it amounts to.” When meeting with congressional leaders in late June 1950, Truman described his role thusly: “I just had to act as Commander-in-Chief, and I did.” If the war expanded, he would inform Congress. Republicans in Congress never seriously challenged the president’s authority to act in Korea, though Ohio Senator Robert Taft and others did raise some constitutional qualms about fighting a war without Congress declaring it. Still, Republicans and the American people strongly supported the initial intervention.

The Soviet Union boycotted the U.N. Security Council to protest the nonrecognition of Communist China, which gave Truman an unexpected opportunity to win U.N. approval to resist the invasion because the Soviets could not veto the measure. As a result, the United States rushed to get U.N. authorization for the defense of South Korea. On June 25, Truman met with his military and national security advisors and decided on the character of American intervention in Korea. The United States dispatched its air and naval power to the peninsula and surrounding waters while sending shipments of emergency war material to South Korean allies. Truman also approved General Douglas MacArthur’s request for two U.S. Army divisions to stem the imminent collapse of the South Korean army.

Despite his attempts to project an image of crisp decision-making and resolution, the 36,000 American lives lost in Korea haunted Truman. Years later in retirement, he hosted student groups at his presidential library in Independence, Missouri. Frequently, the students asked him about his most difficult decision as president, and his answer was always the same: “The decision to enter the Korean War.”

1. What role did the United States play in events in Korea after World War II?

2. How did the outbreak of the Korean War change President Truman’s opinion of NSC 68?

3. The Truman Doctrine focused primarily on what country (or countries)?

4. One fear Americans had if the entire Korean peninsula were conquered by the Communists was

6. President Truman was able to use all the following to his advantage in sending American troops to Korea except

The fundamental purpose of the United States is laid down in the Preamble to the Constitution: ‘. . . to form a more perfect Union, establish justice, insure domestic Tranquility, provide for the common defence, promote the general Welfare, and secure the Blessings of Liberty to ourselves and our Posterity.’ In essence, the fundamental purpose is to assure the integrity and vitality of our free society, which is founded upon the dignity and worth of the individual.

Three realities emerge as a consequence of this purpose: Our determination to maintain the essential elements of individual freedom, as set forth in the Constitution and Bill of Rights; our determination to create conditions under which our free and democratic system can live and prosper; and our determination to fight if necessary to defend our way of life, for which as in the Declaration of Independence, ‘with a firm reliance on the protection of Divine Providence, we mutually pledge to each other our lives, our Fortunes, and our sacred Honor.’”

1. Which of the following statements best describes the change in American foreign policy after World War II, as expressed in the excerpt?

2. The ideology expressed in the excerpt is similar to the ideology that led America to enter which of the following?

3. Which of the following developments contributed most directly to the sentiments expressed in the excerpt?

“The Korean War and Its Origins.” https://www.trumanlibrary.org/whistlestop/study_collections/koreanwar/