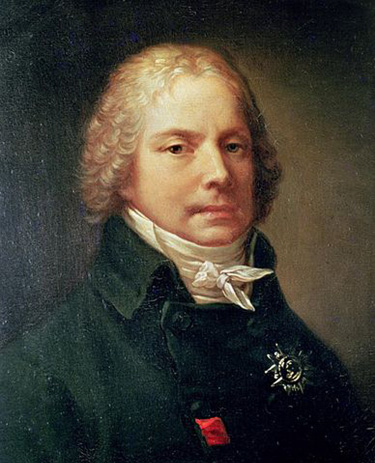 In September 1796, a retiring George Washington offered his advice to his country, warning Americans to avoid “passionate attachments” and “permanent alliances.” Over the last few years of his administration, European wars had threatened American neutral rights and national sovereignty. The British had seized American vessels and impressed its sailors, while the French had captured more than three hundred American ships in 1795 alone. Washington’s successor, John Adams, faced a foreign policy crisis the moment he took his presidential Oath of Office on March 4, 1797.

Two days before, the French had issued a decree threatening all American shipping. The French navy and privateers brazenly preyed on U.S. merchant ships along the Atlantic coast and in the Caribbean. The French were angry about the Jay Treaty the United States had signed with Great Britain and believed it formed an American-British anti-French alliance. Besides attacking American ships, the French also refused to receive the new U.S. minister to France, Charles C. Pinckney, who replaced James Monroe.

President Adams would not countenance such insults to American national honor and security. On May 16, 1797, he addressed a special session of Congress and asked for war preparations. The irate president asserted that the United States would defend itself and persuade the French that “we are not a degraded people, humiliated under a colonial spirit of fear and sense of inferiority, fitted to be the miserable instruments of foreign influence; and regardless of national honor, character, and interest.” Congress agreed to fund the building of a fleet of warships and increased coastal fortifications, though it stopped short of creating a large army as Adams wished.

The president wanted peace through strength and honor and dispatched a peace delegation to France consisting of John Marshall, Charles C. Pinckney, and Elbridge Gerry to negotiate an end to the crisis. The envoys arrived in Paris in late September and early October, lodging a few blocks from the foreign ministry.

On October 8, French Foreign Minister Charles Maurice de Talleyrand briefly welcomed the delegation and received their diplomatic credentials. Talleyrand, however, disdained the American statesmen and sought to benefit financially from his office. Over the next several months, his secretary and agents code named X, Y, and Z demanded the United States offer France a loan of $12 million and a bribe of $250,000 as the price of ending French depredations against American shipping. Talleyrand added that he also expected an apology for President Adams’s belligerent speech and the Jay Treaty.

Marshall and Pinckney were especially insulted by the French attempt at blackmail. Pickney retorted, “No, no, not a sixpence!” when confronted with the repeated demands. Marshall wrote to Secretary of State Timothy Pickering, describing France’s outrageous behavior. The delegation believed it was defending American national honor and interests, but the fruitless meetings with the French were part of Talleyrand’s strategy to delay negotiations and continue seizing American trade vessels. Meanwhile, he and his agents tried to exploit a split in the American delegation and win over Elbridge Gerry.

Gerry was sympathetic to the French and wanted to avoid both a war with France and any alliance with Great Britain. In the face of Talleyrand’s demands, he was evasive and noncommittal. But his agreement to meet privately with Talleyrand and his agents and conceal the content of those meetings from Marshall and Pinckney made him seem a pawn of the French.

French pressure increased as Talleyrand escalated his demands. He and his agents threatened to meddle in American politics in favor of the pro-French Jeffersonian-Republican Party. Marshall was incensed at this violation of American national sovereignty and replied, “[France’s] extreme injustice offered to our country would unite every man against her.” Pinckney, for his part, defended American national honor and warned, “We neither came to buy or beg a peace.”

Talleyrand ratcheted up the pressure still more when he ordered all three American envoys expelled and threatened to take away their passports. Although he was bluffing, the warnings came often. He added another demand, that the American envoys also apologize for Washington’s Farewell Address. Finally, the mission fell apart in the spring of 1798 when Marshall and Pickney had enough and departed, though Gerry continued to treat with the French to no effect.

The envoys’ diplomatic dispatches had finally arrived in the United States on March 5, 1798, and were read by an irate president. They detailed the outrageous demands for bribes and loans in the course of the XYZ Affair. Adams drafted a war message to Congress and readily complied with a congressional request for the correspondence. When the papers were published, they shocked the members of Congress and the American people.

A war fever swept through the country, with the popular slogan “Millions for defense but not a cent for tribute” uttered everywhere. Mobs burned Talleyrand in effigy and beat up French sympathizers. Congress agreed to additional war measures and created a large provisional army with George Washington and Alexander Hamilton in command. It also allowed merchant ships to arm themselves and authorized American privateers. Congress revoked the 1778 treaty with France and placed an embargo on French trade. In this Quasi-War, the United States prepared for war and fought on the open seas but did not formally declare war on France. In the midst of this war fever, the Federalists took other extreme measures, with Congress passing the Alien and Sedition Acts, allowing the president to expel foreigners and suppress free speech in the name of national security.

Eventually, the crisis was defused when President Adams sent another peace delegation to France in early 1799. Fortunately, in 1798 the British Admiral Lord Nelson had defeated a French fleet off the coast of Egypt, making war with the United States impractical for France. Moreover, Napoleon Bonaparte seized power in France in 1800 and wanted peace with the United States because he desired the Louisiana Territory. The Convention of 1800 was the peace treaty that ended tensions between France and the United States.

The United States, as a relatively weak, new country, had to defend its national sovereignty, independence, and honor in a dangerous world of great powers. The Jay Treaty, the Pinckney Treaty, and the Quasi-War with France demonstrated that the new republic would do so. The foreign policy principles of neutrality and strength practiced by Washington earlier in the decade had provided the foundation by which the new republic of the United States interacted with the great European powers.

1. The XYZ Affair was a result of

2. French Foreign Minister Talleyrand’s agents X, Y, and Z demanded all the following from the United States’ delegation to Paris except

3. President John Adams reacted to the XYZ Affair by doing all the following except

4. What event immediately precipitated the anti-French fever that swept across the country in 1798?

5. “Millions for defense but not a cent for tribute” meant

6. What controversial legislation was a result of war fever and the XYZ Affair?

“ARTICLE I. There shall be a firm, inviolable, and universal peace, and a true and sincere Friendship between the French Republic, and the United States of America, and between their respective countries territories, cities, towns, and people without exception of persons, or places.

ARTICLE II. The Ministers Plenipotentiary of the two Parties, not being able to agree at present respecting the Treaty of Alliance of 6th February 1778, the Treaty of Amity and Commerce of the same date, and the . . . Convention of 14th November 1788, nor upon the indemnities mutually due, or claimed, the Parties will negotiate further on these subjects at a convenient time, and untill they may have agreed upon these points, the said Treaties, and [. . .] Convention shall have no operation, and the relations of the two Countries shall be regulated as follows.

ARTICLE III. The Public Ships, which have been taken on one part, and the other, or which may be taken before the exchange of ratifications shall be restored.

ARTICLE IV. Property captured, and not yet definitively condemned, or which may be captured before the exchange of ratifications, (contraband goods destined to an Enemy’s port excepted) shall be mutually restored on the following proofs of ownership, viz, The proof on both sides, with respect to Merchant Ships, whether armed, or unarmed, shall be a Passport.”

1. What was the most significant reason for signing the document associated with the excerpt?

2. Despite the change in the relationship between the United States and France, based on the excerpt, within the next decade, the two nations were able to

Adams, John. “Message to the Senate and House. Regarding Reports of the Envoys to France.” March 19, 1798.