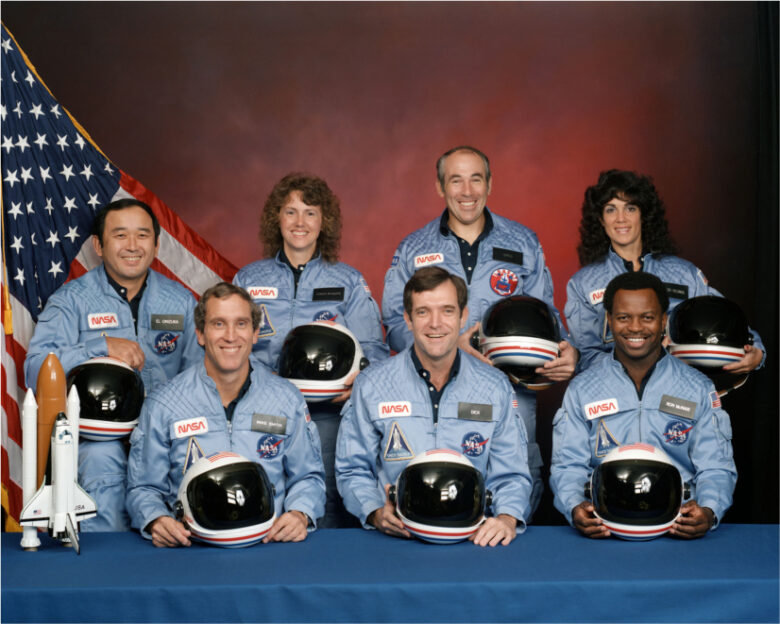 The space shuttle program of the 1970s was the successor to the manned space flight program of the National Aeronautics and Space Administration (NASA), which had achieved its ambitious goal of landing an American on the moon by the end of the 1960s. The Mercury, Gemini, and Apollo programs, stepping stones to the moon landing in July 1969, had proceeded on an accelerated schedule to reach the target President Kennedy had set in 1961. They were carried out against the geopolitical backdrop of the rivalry between the United States and Soviet Union for preeminence in space exploration.

The manned space flight program was a high-risk venture, rapidly developing and deploying new technologies. Although there were several perilous moments in the moon landing effort, there had been only one serious accident, when three astronauts were killed during a launchpad test for the first Apollo mission in 1967.

One defect of the moon-landing program was that it was extremely expensive, owing in part to its single-use launch rockets and capsules. The government was willing to lavish the necessary funds on NASA while the “space race” was at its height, but when public interest waned following the Apollo 11 moon landing in July 1969, Congress began steadily reducing NASA’s funding. Future manned space efforts would need to be accomplished more cheaply, preferably with reusable spacecrafts. NASA proposed the space shuttle as the successor to Apollo in 1969, though the program was not formally adopted and announced to the public until 1972, a few months before the final manned landing on the moon via Apollo 17.

In one respect, the shuttle program represented a scaling back of America’s space exploration ambitions. After the successful moon landing, it was assumed a mission to Mars would follow, but the cost and technical difficulties were so high that a low Earth orbiter with practical uses, such as carrying heavier satellite payloads and helping to build an orbital space station, seemed more practical.

The idea of a reusable “space plane” traces back to the late 1950s and early 1960s, although some visionary aircraft designers were speculating about the potential for such a vehicle as far back as the 1930s. NASA’s original design called for a fully reusable, two-stage system with a piloted launch vehicle- a large hypersonic aircraft – and the shuttle itself, which would fly into space from high altitude while the boost aircraft was piloted back to earth and landed like a conventional airplane.

This design concept had numerous benefits, including much lower launch stress. But the piloted two-vehicle design proved too expensive and technically challenging, and NASA opted for a conventional boost-rocket design, with the shuttle sent aloft by two reusable solid-fuel boosters for initial liftoff and a large liquid-fuel tank for achieving orbit.

Although the first prototype shuttle was manufactured in 1976, the first spaceflight did not take place until April 1981. One of the shuttle’s biggest vulnerabilities was the heat shielding necessary to survive the high temperatures of re-entry to Earth’s atmosphere. Special heat-absorbing carbon tiles designed for the underbelly of the shuttle proved difficult to attach, which delayed the space worthiness of the craft for several years. A total of five shuttles ultimately were built, and NASA originally hoped they would make as many as 50 flights a year, but even a more modest goal of 12 proved impossible to achieve when the cost per launch rose to more than three times initial estimates.

The space shuttle was a success in terms of its large payload capacity and versatility. In 135 total missions over 30 years, the shuttle fleet placed in orbit numerous advanced satellites and telescopes, such as the Hubble telescope, that were too heavy or bulky to be orbited by conventional rockets. The shuttle was also used for making satellite repairs, developing new space-walk techniques and equipment, and, in one case, retrieving a satellite, bringing it back to earth for repair, and then re-orbiting it on a future mission. The shuttle also played the key role in building the International Space Station and served as an orbital laboratory for numerous scientific missions. The final shuttle flew in 2011, 30 years after the first flight.

The ability of the space shuttle to accommodate a crew of up to eight (compared with three on the Apollo missions) allowed for a wider range of scientific specialists on missions. It also opened the opportunity for limited civilian participation. NASA’s “teacher in space” mission selected high school social studies teacher Christa McAuliffe of New Hampshire to be the first non-NASA astronaut and fly on the shuttle’s twenty-fifth mission in January 1986 aboard the Challenger. The flight was delayed numerous times on account of technical glitches and weather anomalies, but it finally launched on the morning of January 28. A little more than a minute after liftoff, a leak from the solid-fuel booster ignited the main fuel tank, resulting in a catastrophic explosion that destroyed the shuttle and killed the crew.

A subsequent investigation highlighted a known design weakness in the solid-fuel boosters that increased launch risk in cold weather, and the morning of January 28 at Florida’s Kennedy Space Center had brought a hard frost that left visible icicles on the shuttle. But NASA officials overruled recommendations to delay the launch again. The Challenger disaster grounded the craft for more than two years while the solid-fuel boosters were redesigned.

The Challenger disaster was the first time America lost astronauts in flight (the 1967 Apollo 1 fire happened on the ground during a test), and McAuliffe’s presence had meant a larger-than-usual live viewing audience (almost one-fifth of the public by one estimate). Many schoolchildren were among the viewers. Ranking alongside the assassination of John F. Kennedy and the 9/11 attacks as a national trauma, the accident caused President Ronald Reagan to postpone his annual State of the Union speech, which had been scheduled for that evening. Instead, he went on television at 5 p.m. to memorialize the lost astronauts in a speech of only 648 words that is recalled as one of his greatest. He said in part:

“I want to say something to the schoolchildren of America who were watching the live coverage of the shuttle’s takeoff. I know it is hard to understand, but sometimes painful things like this happen. It’s all part of the process of exploration and discovery. It’s all part of taking a chance and expanding man’s horizons. The future doesn’t belong to the fainthearted; it belongs to the brave. The Challenger crew was pulling us into the future, and we’ll continue to follow them. . . We will never forget them, nor the last time we saw them, this morning, as they prepared for their journey and waved goodbye and slipped the surly bonds of earth to touch the face of God”.

The space shuttle experienced one more catastrophic accident in 2003, when the Columbia, on its twenty-eighth mission, suffered the failure of its heat-resistant tiles and burned up on re-entry, killing seven astronauts. Space shuttles were again grounded for two years while an investigation took place and modifications were made to prevent a similar failure from occurring again. In 2007, schoolteacher Barbara Morgan, who had been Christa McAuliffe’s backup in 1986, flew on the 118th shuttle mission, fulfilling NASA’s original plan to include a civilian educator in the program.

By the time of the last space shuttle mission in 2011, the shuttle had flown for twice as long as originally planned, in part because NASA never carried out its intention to design a successor reusable spacecraft to go into service in the late 1990s. Since 2011, most manned space launches have been conducted by the Russian space program, which works in concert with NASA to bring astronauts from the United States and other nations to the International Space Station. In the near future, it is likely that they will increasingly be launched by private companies seeking to commercialize opportunities for space flight.

1. After landing a human on the moon in 1969, NASA had to contend with

2. After the successful moon landings, NASA shifted its primary focus to the development of

3. NASA focused its attention on reusable spacecraft in part because

4. One of the biggest challenges in the development of a reusable space shuttle was

“The decision by the President is a historic step in the nation’s space program – it will change the nature of what man can do in space. By the end of this decade the nation will have the means of getting men and equipment to and from space routinely, on a moment’s notice if necessary, and at a small fraction of today’s cost. This will be done within the framework of a useful total space program of science, exploration, and applications at approximately the present overall level of the space budget. . . .

There are four main reasons why the Space Shuttle is important and is the right step in manned space flight and the US space program.

On the basis of today’s decision, NASA will proceed as follows.”

1. This excerpt most directly reflected a growing belief that

2. This excerpt was most directly shaped by the economics associated with

3. The sentiments expressed in the excerpt contributed to which of the following?