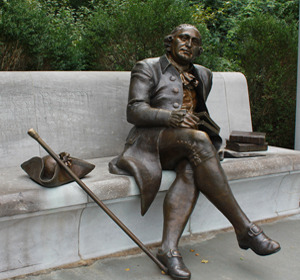 After a long, hot summer deliberating on the Constitution, the delegates to the Convention returned to their home states in late September of 1787 knowing that their work was unfinished.

The Constitution was written and signed, but its ratification by the people was far from certain. As specified in Article VII of the Constitution, two-thirds, (or nine of the then-thirteen states) would have to ratify the Constitution before it could go into effect in those states. And in many of those states, the document was met with increasing skepticism: Had the Convention exceeded its mandate to revise the Articles? Why had the Convention been conducted in secret? The delegates would have to reasonably convince their fellow Americans that the Constitution represented the best way forward for the new nation. 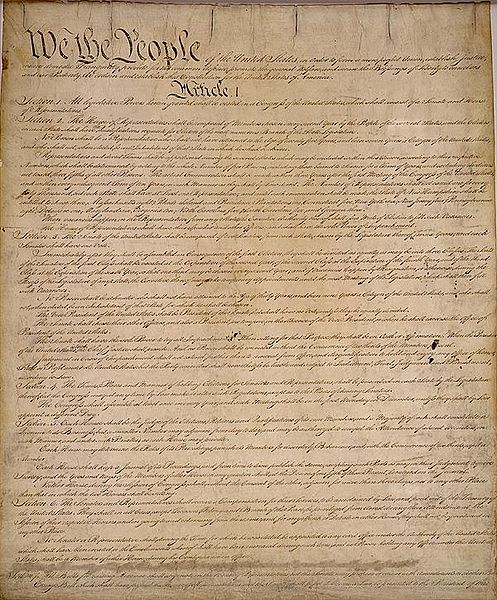 Many of the debates about the proper scope of government power that had gone on inside Independence Hall continued on in the states. Those who argued that the Constitution should be ratified became known as Federalists. Not surprisingly, most of the people who had helped write the Constitution were Federalists. James Madison, Alexander Hamilton, and John Jay together wrote a collection of 85 essays that were published in newspapers of the day, arguing for the ratification of the Constitution. These essays became known as The Federalist Papers (1787-1788),and are still today referenced as the most authoritative source (along with Madison’s Notes of the Federal Convention) on the meaning of the Constitution.

People who opposed the Constitution were known as Anti-Federalists. Their objections were wide and varied. They pointed to the national government’s power to tax and its supremacy over state law as other signs of danger. One point of major concern was the “necessary and proper” clause. This clause in Article I, Section 8, which came at the end of the list of Congress’s powers, gave Congress the power “to make all Laws which shall be necessary and proper for carrying into Execution the foregoing Powers, and all other Powers vested by this Constitution in the Government of the United States, or any Department or Officer thereof”. The Anti-Federalists worried that Congressmen would see this clause as an additional grant of power, rather than a means to carry out the enumerated powers in Article I. Today this clause is sometimes referred to as the “elastic clause” (a term which would probably have caused the Anti-Federalists to say “I told you so!”) because some do in fact take it to mean Congress can “stretch” its powers to have more control over the states and the people. 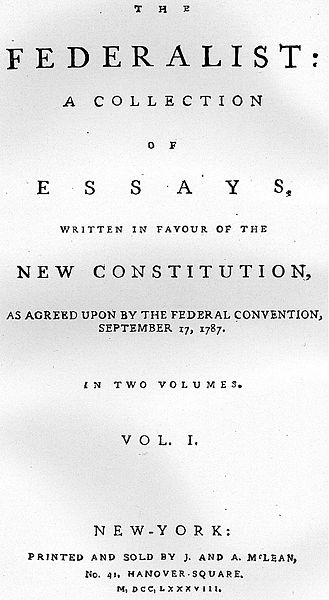 The Federalist, essays written in support of the Constitution

Alexander Hamilton defended the clause in Federalist No. 33, asserting that the grant of power to make laws necessary and proper to carry out its listed powers was simply empowering Congress to actually bring about the ends it had been granted the power to accomplish. He asked rhetorically,

“What is the ability to do a thing, but the power of employing the means necessary to its execution?” The people, furthermore, would have a final check on the power of Congress: “If the federal government should overpass the just bounds of its authority and make a tyrannical use of its powers, the people, whose creature it is, must appeal to the standard they have formed, and take such measures to redress the injury done to the Constitution…” (Alexander Hamilton, Federalist No. 33, 1788).

In Federalist No. 44, James Madison noted that the Necessary and Proper Clause had been “assailed” more than almost any other. He defended it on the grounds that it was the best option available, and if lawmakers abused it, it was subject to the same safeguards built into the Constitution that checked Congress’s power. If Congress went outside the bounds of the power delegated to it, the executive and judicial branches would provide checks against it, and of course the people could vote out bad Congressmen:

“[I]n the last resort a remedy must be obtained from the people who can, by the election of more faithful representatives, annul the acts of the usurpers” (James Madison, Federalist No. 44, 1788).

But Hamilton’s and Madison’s arguments were not convincing to Patrick Henry. The old republican Henry had “smelt a rat” and therefore declined to attend the Convention. The great orator who a decade earlier had rallied his fellow Virginians against the British crying “Give me liberty, or give me death!” this time put his great speaking skills to work against the new plan of government. He was suspicious of the Constitution for many reasons. For one thing, it began, “We the people,” rather than with a list of the states, as the Articles of Confederation had. Henry asserted that this meant the national government was now over all the people. What, then, would become of the states? Henry was utterly convinced that the plan of government he saw in the Constitution would lead to a “consolidated” government, or one that would overpower all the states. He warned,

“Guard with jealous attention the public liberty. Suspect everyone who approaches that jewel. Unfortunately, nothing will preserve it but downright force. Whenever you give up that force, you are inevitably ruined” (Patrick Henry, Virginia Convention on the Ratification of the Constitution, 1788).

His fellow Virginian George Mason was equally opposed to the Constitution. Mason had attended the Convention but, in the end, refused to sign his name to the document because he believed the rights of the people were not safe. He had many objections to the document, and one was that it lacked a bill of rights. 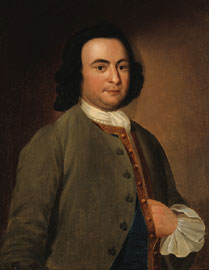 George Mason, one of three delegates who refused to sign the Constitution.

Perhaps the most important and radical thing about the ratification debate is that it was a debate. It was a national conversation in which the engagement centered on persuasion and reasonable negotiation, not force.

After the Constitution was completed and signed by 39 delegates on September 17, 1787, many of the debates from Independence Hall continued in the debates over ratification in the states. For the Constitution to go into effect, at least nine states would have to ratify (or agree to adopt) it. A party division arose: Federalists argued in favor of ratification, Anti-Federalists against. Leading Federalists James Madison and Alexander Hamilton made a case for ratification in the Federalist Papers. Leading Anti-Federalists were Patrick Henry and George Mason. Mason had attended the Convention but refused to sign the final document, arguing that the central government created by the Constitution would be a threat to liberty and would take away power from the individual states.