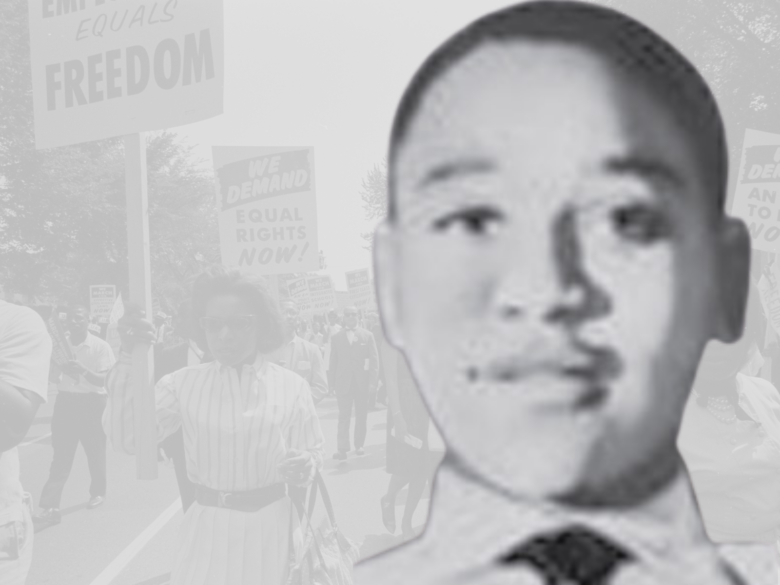 When 14-year-old Chicago resident Emmett Louis Till was brutally murdered by white supremacists on August 28, 1955, the lynching caught the attention of the national media and the story was broadcast all over the country. One resident of Sumner, as told to a reporter from the Nation, “nodded his head in the direction of the Tallahatchie [and pointed out]: ‘That river’s full of niggers’.”

More than 4,000 African Americans, overwhelmingly men, were lynched in the South between 1890 and 1930. Almost all were murdered for crimes they did not commit, mostly on false accusations of accosting or assaulting white women. Ninety years after slavery’s abolition, Till’s slaying was an example of this barbaric custom intended to preserve white supremacy and violate the rule of law and fundamental rights.

Although white supremacists in charge of congressional committees blocked Congress from passing anti-lynching legislation for decades, lynchings decreased overall after the Great Depression. However, this was not true in Mississippi, which always had more lynchings than other southern states. Black Mississippians were victimized by violence and kept politically powerless. During the post – World War II era, only about 5 percent of eligible blacks were registered to vote in the state. Courageous black citizens – such as George Lee and Lamar Smith, who strove to enfranchise fellow African Americans – were sometimes lynched. For example, Lee and Smith were lynched shortly before Till’s murder. At least half a dozen others were killed in the next decade, notably farmer Herbert Lee, father of nine; Medgar Evers of the National Association for the Advancement of Colored People (NAACP); and young James Chaney, who was killed along with Mickey Schwerner and Andy Goodman, both white volunteers, during Mississippi’s Freedom Summer of 1964.

In the preceding decades, hundreds of thousands of black families had fled north to midwestern cities during the Great Migration, to escape the misery of life in segregated Mississippi. Many went to Chicago, including Emmett Till’s grandmother and mother, who was still a child at the time. Yet for many African Americans, this move did not mean escape from racially motivated violence. Segregation was not legalized in Chicago, but systemic racism and residential segregation were entrenched. Whites rioted again and again during the Great Migration that started with World War I, burning and bombing blacks’ homes in formerly white areas.

Till and his family avoided the worst of Chicago racism. Emmett knew what dangers lurked and not to cross racial lines. Born in June 1941, he was an only child and was raised by his young, single mother Mamie Till, with whom he had a close relationship. Short and stocky, he had contracted polio when he was six years old, which left him with a stutter. Yet he seemed a born entertainer, charismatic and funny. He loved baseball and was a churchgoing young man. He rode the train alone for an hour every Sunday to attend the Pentecostal church his family had founded. Till loved adventure and was thrilled when his Uncle Moses Wright invited him and two cousins to visit the fertile Mississippi Delta for a vacation of farming, fishing, and play. He convinced his reluctant mother to let him go.

From Mississippi, Till wrote his mother that he was having a great time. But one afternoon, while he was buying chewing gum at a country store in the tiny town of Money, Mississippi, the young man offended the pretty 21-year-old shopkeeper, allegedly smiling at her or being suggestive while whistling at her when he left. As she got her husband’s pistol from her car, Till reportedly wolf-whistled at her. Though his antics challenged the racial order of the Deep South, “nothing that boy did could ever justify what happened to him,” the woman admitted many years later.

Three days later, after midnight, her husband and his brother kidnapped Till from his uncle’s home. With a few white neighbors, they tortured and beat him savagely, shot him in the head, and threw him in the Tallahatchie River with a weight wired to his neck to make him sink and hide the evidence. His body somehow floated to the surface, however, and the killers were caught and eventually put on trial. In the meantime, Mamie Till demanded that her son’s mutilated corpse be displayed at his Chicago funeral in an open casket. “Let the world see what I’ve seen,” she insisted. More than 50,000 people did see what she had seen. Millions more were shocked when they saw pictures of the murdered, mutilated, and grotesquely disfigured boy in Life, Jet, and other national magazines.

At the trial, Mamie Till delivered emotional testimony, but the all-white jury set the men free, as often happened. White juries rarely enforced the rule of law in the segregated South, and whites accused of heinous crimes were usually acquitted. So Till’s killers confessed to the crime but were never punished, and Look magazine paid them for their story. Television, too, was increasingly making Northern whites more aware of the gross injustices suffered by African Americans in the South, such as the violence in Birmingham a few years later.

Because of Mamie Till’s determined efforts, the lynching and trial drew unprecedented national and world outrage over the murder of an African American, soiling America’s image in the Cold War against Communism, especially in developing nations. It washed out the optimism black Americans had felt a year earlier when the Supreme Court’s Brown decision outlawed segregated schools. During the fall of 1955, several hundred thousand joined rallies protesting Till’s murder in Chicago and other large cities. The growing coalition of churches, labor unions, and black organizations that marched helped launch the emerging civil rights movement, in conjunction with the simultaneous Montgomery Bus Boycott. Indeed, Rosa Parks was inspired, in part, by the Till murder to act against injustice when she made history on a bus in Montgomery just three months after his death. And, in the early 1960s, the lunch-counter protesters and freedom riders called themselves the “Emmett Till generation.” A preacher in the Albany, Georgia, movement declared he could “hear the blood of Emmett Till as it calls from the ground.”

The tragedy of Emmett Till echoes even today, in a room at the National Museum of African American History and Culture in Washington, where a display including Till’s casket has drawn multitudes to learn about the lynching, its impact on American history, and its lessons for American democracy. African Americans demonstrated during the civil rights movement for suffrage and equality, and for their inalienable rights to life, liberty, and the pursuit of happiness.

1. What was the main reason African Americans left Mississippi for northern cities during the post World War II years?

2. Why did the state trial jury acquit Emmett Till’s killers?

3. Most African American men who were lynched in Mississippi were

4. The main reason Congress failed to pass anti-lynching laws was that

5. As a result of the trial of Emmett Till’s killers and Till’s funeral,

“Twas down in Mississippi

Not so long ago

When a young boy from Chicago Town

Walk in a southern door

We should all remember well

The color of his skin was black

And his name was Emmett Till

Some men they dragged him to a barn

And there they beat him up

They said they had a reason

But I disremember what

They tortured him and did some things

Too evil to repeat

There was screamin’ sounds inside the barn

There was laughin’ sound out on the street

They dragged his body to a gulch

Amidst a bloodred rain

And they threw him in the waters wide

To cease his screaming pain

The reason that they killed him there

And I’m sure it ain’t no lie

He was a blackskin boy

So he was born to die”

1. These lyrics most directly reflect the

2. An immediate outcome of the incident described in the provided lyrics was the

3. The life of African Americans in the South during the 1950s was much the same as

National Association for the Advancement of Colored People. “The Lynching of Emmett Till”. Press release. September 1, 1955. https://www.loc.gov/exhibits/naacp/the-civil-rights-era.html#obj9

Whitfield, Stephen J. A Death in the Delta: The Story of Emmett Till. Baltimore, MD: Johns Hopkins University Press, 1991.