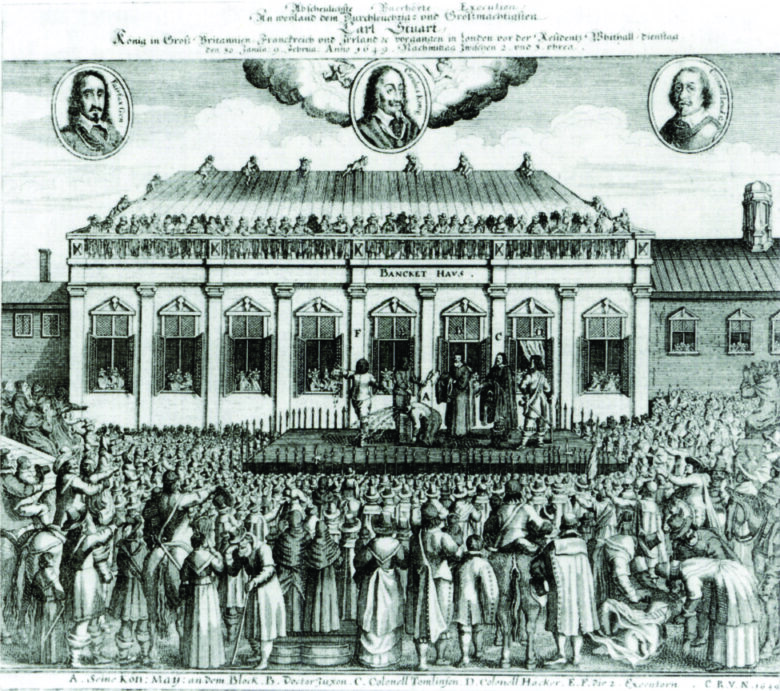 Students should read The English Come to America Narrative prior to this assignment. This reading should be followed by the Narrative on William Penn and the Founding of Pennsylvania to explore the founding and development of regional differences in the colonies.

Virginia’s English colonists were nervous. Since founding Jamestown in 1607, they had endured cold winters, starvation, war with Indians, and changes in their colonial charter. Now, in 1634, they had a new concern: English Roman Catholics were about to become their neighbors to the north. Remember that in this time, religion and politics were closely related, and since the reign of Queen Elizabeth I, for whom the Virginia colony had been named, England had committed itself to Protestantism. Yet in 1632, King Charles I granted a charter to the second Lord Baltimore, Cecil Calvert, to begin a colony in the Chesapeake, right next to Virginia. Cecil and his father, George, had converted to Roman Catholicism in the 1620s.

All sorts of fears ran through the Virginians’ minds. What if the Catholics coming to the Calvert’s new colony converted Virginian Protestants to their faith? What if these English Catholics threw off the king’s authority once they were an ocean away? Worst of all, what if they allied with Florida’s Spanish Catholics or Canada’s French Catholics and conquered the entire Atlantic Coast under the banner of Roman Catholicism?

The Calverts knew these fears could disrupt their plans. In their minds, the colony would be a refuge for English Catholics, who had long been persecuted by their Protestant countrymen. They worried that anti-Catholic anger might keep their colony (named Maryland in honor of King Charles’ wife, Queen Henrietta Maria) from succeeding. In an attempt to address Protestant fears, the Calverts published a paper titled “Objections Answered Touching Maryland.” They insisted that they posed no threat to the Protestant colonies in Virginia and New England. They assured their Protestant countrymen that there was no conspiracy to subvert the English Crown, to ally with the Spanish, or to proselytize their Protestant neighbors. All the Maryland colonists wanted, the Calverts explained, was to worship freely as Catholics and live in peace and harmony with their neighbors.

As it turned out, Maryland’s founders were in for a disappointment. Relatively few English Catholics made the long trek across the Atlantic. The colony founded to be a refuge for Catholics held greater appeal for Protestant dissenters, such as Quakers and Puritans who disagreed with the Church of England. The Calverts had imagined a Catholic colony but ended up with religious diversity. Maryland’s real problem was figuring out how its religiously diverse people, a mix of England’s religious outsiders and members of the Church of England, could live with each other in harmony and order.

In 1649, Maryland’s assembly proposed a remedy, passing a landmark bill called the “Act Concerning Religion,” also referred to as the Maryland Toleration Act or the Toleration Act. The act made it illegal for Marylanders to use derogatory religious terms for each other, including “heretic, schismatic, idolater – popish priest, Jesuited papist – or any other name or term in a reproachful manner relating to matters of religion.” More important, the act decreed all Christians free to worship as they wished, so long as they believed in the Trinity (the existence of God in three persons: Father, Son, and Holy Spirit) and in the divinity of Jesus Christ. No Christians would be persecuted for their faith, and none could be forced to attend services of or pay tithes to any other denomination. The Act was truly ground breaking. For the first time in English law, all Christians were promised free exercise of religion. If the colonists had embraced the concept, Maryland would have become the first place in the English-speaking world where Catholics, Protestants, and Christians of all kinds could live together in peace.

Unfortunately for Maryland’s Catholics, events back in England frequently disrupted colonial harmony. King Charles I’s own Catholic leanings, together with his high-handed use of monarchical power, eventually led to the English Civil War (1642-1645). After Charles’s defeat and execution for treason in 1649, England was ruled by the Puritan Oliver Cromwell. Under the authority of the English Parliament, Puritans seized control of Maryland. These new overseers, staunch Reformed Protestants, were not friendly toward Catholicism. They immediately repealed the Toleration Act and banned Catholics from openly worshiping.

After the English monarchy was restored in 1660 by Charles I’s son, King Charles II, the Toleration Act was reinstated. But tensions between pro-Catholic Englishmen and Reformed Protestants continued. After Charles II’s death in 1685, his brother James II became king. Britain’s Protestants, increasingly nervous at James’s friendliness with France, decided they had had enough of pro-Catholic kings. In 1688, England overthrew James and replaced him with the Dutch Protestant William of Orange, who was married to Mary, the daughter of James. This “Glorious Revolution” affirmed the Protestant character of the English monarchy once and for all. It also allowed simmering anti-Catholic sentiment in England and the North American colonies to boil over.

In Maryland, resentment against Catholic leaders had been growing for decades. Although the majority of the population was Protestant, Catholics retained control of the proprietary government and reinstated the Toleration Act. At least according to some Protestants, Maryland’s religious liberty was a farce. Catholics appeared to enjoy all the power and all the wealth. Protestants complained that Catholic officials monopolized political offices, imposed unfair taxes, and lived in luxury while Protestant ministers struggled to make a living. Some non-Catholics whispered that Maryland Catholics had allied with the Seneca Indians for the “total destroying of all the Protestants.”

When word of James II’s ouster came across the Atlantic, Protestants in Maryland rejoiced, while Catholics continued to hope that James II might still put down the rebellion. Finally, Protestants acted against the Catholic proprietors. John Coode, an Anglican minister and zealous anti-Catholic, led an armed force against the colonial capital, present-day Annapolis. When the Catholic government tried to rally Marylanders to put down Coode’s Rebellion, it found few who were willing. Eventually, Lord Baltimore’s men were forced to surrender on August 1, 1689.

With a new Protestant governor in place, Marylanders openly passed a wave of repressive, anti-Catholic religious and civil measures. The Toleration Act was revoked again, Catholic worship was banned, and Catholics were barred from voting. The ground-breaking religious freedom that Maryland’s Catholics had extended to Protestants in 1649 was not enjoyed again until the time of the American Revolution. Eventually, the principle of religious liberty that Maryland first put forward in the Toleration Act was expanded to include non-Christians and was enshrined in U.S. law.

1. Maryland was founded by

2. Maryland was founded as a haven for

3. One major result of the English Civil War was

4. Maryland’s Act of Toleration in 1649 did which of the following?

6. As a result of the Glorious Revolution in England in 1689, what action was taken in Maryland?

7. Who came to the throne of England as a result of the Glorious Revolution in 1689?

8. Which of the following documents set colonial America on a path toward religious freedom, which later became a cornerstone of U.S. democracy?

9. Which of the following statements about colonial Maryland is most accurate?

That whatsoever person or persons within this Providence . . . shall henceforth blaspheme God, that is curse Him, or deny our Savior Jesus Christ to be the son of God, or shall deny the holy Trinity. . . or the Godhead of any of the said Three persons of the Trinity or the Unity of the Godhead . . . shall be punished with death and confiscation or forfeiture of all his or her lands. . . .

And whereas . . . that no person or persons whatsoever within this Providence, or the Islands, Ports, Harbors, Creeks, or havens thereunto belonging professing to believe in Jesus Christ, shall from henceforth be any way troubled, Molested or discountenanced for or in respect to his or her religion nor in free exercise thereof within this Province or the Islands thereunto belonging nor any way compelled to the belief or exercise of any other Religion against his or her consent.”

1. Which of the following religious groups was not protected by the Maryland Act of Toleration?

2. Which of the following best summarizes the attitude toward religious beliefs expressed in the document provided?

3. Which of the following leaders would most likely support the sentiments in the document provided?

“Be it Enacted and ordeined by the Lord Proprietarie of this Province by and with the Consent and approbation of the freemen of the same that all and every person or persons of the age of eighteen years and upwards Inhabitants or that Shall come hereafter to Inhabite within this Province shall . . . take an oath to our Soveraigne Lord King Charles his heirs and Successors in . . . (. . . doe truly acknowledge professe testifie and declare in my consience before God and the World that our Soveraigne Lord King Charles is lawfull and rightfull King of England and of all other his Majesties Dominions and Countries and I will bear true faith and allegeance to his Majestie his heirs and lawfull Successors and him and them will defend to the uttermost of my power against all conspiracies and such attempts whatsoever which shall be made against his or their Crowne or dignity and shall and will doe my best endeavour to disclose and make known to his Majestie his heirs and lawfull Successors all Treasons and traiterous consperacies which I shall know or heare to be intended against his Majestie his heirs and lawfull Successors And I doe make this recognition and acknowledgement heartily willingly and truely upon the faith of a Christian So help me God) And Be it further Enacted By the authority . . . that if any person or persons to whom the Said oaths Shall be tendred . . . Shall willfully refuse to take the same [oath] that then Upon such tender and refusall the said person . . . so refuseing to take the said Oath shall be imprisoned . . . and if at such Court such partie shall upon the Second tender refuse again to take the said oath the partie . . . so refusing shall forfeit and lose all his Lands goods and Chattells . . . and his heirs and Shall be banished the said Province for ever.”

4. Which of the following best describes expectations this document placed on Catholics in Maryland in 1638?

5. The excerpt provided is primarily concerned with which of the following issues?

6. What punishment can be invoked against those who refuse to take the oath referred to in the excerpt provided?

The Charter of Maryland: https://avalon.law.yale.edu/17th_century/ma01.asp