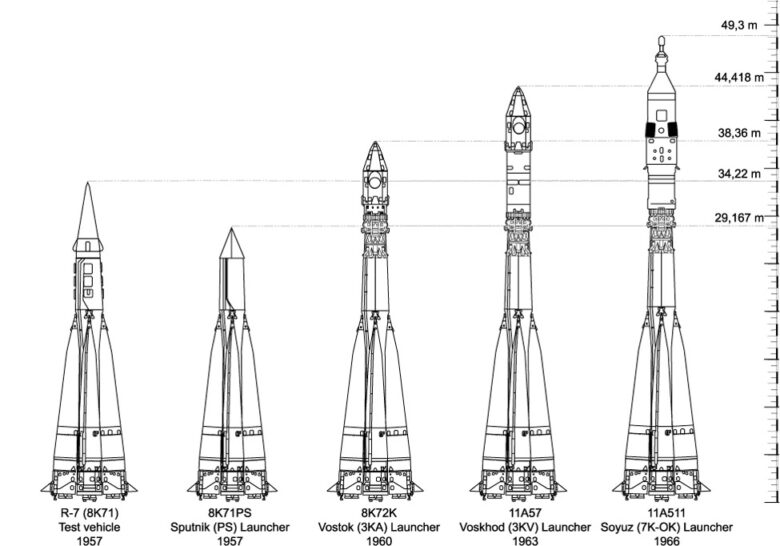 Use this narrative with the Was Federal Spending on the Space Race Justified? Point-Counterpoint to have students analyze the creation of NASA and its role in the Cold War.

The Soviet Union’s launch of its Sputnik satellite on October 4, 1957, stunned Americans, who had taken their nation’s technological preeminence for granted. Most Americans assumed a rocket that could put a satellite into the Earth’s orbit could also strike the United States with a nuclear warhead, and Sputnik led them to question the adequacy of their nation’s defenses and the effectiveness of its educational system during the Cold War with the Soviets. Those anxieties proved to be exaggerated, but the panic Sputnik created presented Dwight D. Eisenhower with one of the most frustrating challenges of his presidency.

Ironically, in light of the surprise that greeted Sputnik, Soviet efforts to launch a satellite had been widely reported in the United States. Russians had been among the first scientists to theorize about rocket technology and space exploration. Lenin and other Communist leaders saw the military potential of the new technology and believed scientific advances could be used to demonstrate the superiority of socialism over capitalism. World War II disrupted Soviet society, and the German V-2 program had made it clear that Hitler’s regime had been years ahead of everyone else in producing usable long-range missiles. But the capture at the end of the war of hundreds of German scientists, engineers, and technicians, and the seizure of valuable scientific equipment, helped the Soviets regain lost ground. Convinced by Marxist doctrine of the inevitability of conflict with the West and the victory of worldwide communism, the Soviet dictator Joseph Stalin spent heavily on the development of advanced weapons, and, in 1949, the Soviet Union successfully tested its first atomic bomb.

In the United States, meanwhile, the Air Force, which was established as a separate service after World War II, was given the responsibility for developing a strategic missile, while the Army was charged with producing shorter-range tactical missiles. However, neither project was well funded. Instead, the Truman administration came to rely more heavily on the Air Force’s Strategic Air Command (SAC), a huge fleet of nuclear-armed, long-range bombers, to counter the Soviet’s advantage in conventional forces. Hoping to contain defense spending, both Truman and Eisenhower considered nuclear weapons to be more cost-effective than traditional armaments.

The Soviet atomic bomb provided some stimulus for the development of an American intercontinental ballistic missile (ICBM). However, many military and congressional leaders grossly overestimated the size of the Soviet bomber force, and SAC continued to expand until, at one point, the United States had a 20-to-1 advantage over the Soviets in strategic bombers. The ability of the United States to launch bombers and intermediate-range missiles from bases in Turkey and other friendly countries near the Soviet Union further reduced the need for ICBMs. By the 1950s, Soviet leaders, by contrast, had decided they could remedy their bomber gap by building more powerful missiles.

The Soviet missile program, however, faced its own challenges. One was building an ICBM warhead that would not be destroyed by the heat generated upon reentering the Earth’s atmosphere. Soviet scientists went to work on a satellite in part because they needed a tangible accomplishment while they struggled to solve that problem. A satellite could be used to collect scientific data and for military purposes, including aerial surveillance and target selection, although American society was so open that the Soviet military saw little need for a spy satellite.

The U.S. Navy had begun a satellite program after World War II but abandoned it in 1948 in a cost-cutting move. Before 1954, the U.S. government had spent $88,000 on satellite research, a miniscule sum given the total federal budget. The deployment of the U-2 spy plane made satellite surveillance of the Soviet Union less urgent, and until the mid-1950s, U.S. missiles were too small to carry large payloads. American policy makers were also inhibited by a novel legal issue: Would orbiting a satellite over another nation’s airspace violate international law and thus provoke a protest from the Soviet Union?

Both the Soviet and American satellite programs received a boost in October 1954 when the Special Committee for the International Geophysical Year, a multinational body of scientists and explorers, proposed that governments with the potential to launch satellites do so by 1957 or 1958. The United States welcomed the proposal as an opportunity to establish the right of satellite overflight by launching an innocuous, civilian satellite that would not pass over Soviet territory.

Nevertheless, President Eisenhower did not believe the United States was in a space race with the Soviets. Primary responsibility for launching an American satellite went to the Navy and its private contractor, the Martin Corporation. Project Vanguard, as the Navy’s program was known, had one advantage. Martin’s involvement ostensibly gave Vanguard a benign civilian cast. Eisenhower, in fact, hoped to protect the nation’s military secrets by segregating military and scientific satellite research into two separate programs.

Project Vanguard, however, had an even greater disadvantage. Development of its Viking rocket lagged behind that of the Army’s Redstone, later rechristened the Jupiter-C, which the Army was perfecting at its Redstone Arsenal near Huntsville, Alabama. The Army’s rocket was largely the brainchild of Wernher von Braun, who had directed Hitler’s rocket program, and his team of German scientists and engineers. Von Braun and most of the leading German rocket experts had surrendered to the U.S. Army at the end of World War II. Their value was obvious, but their connections to the Third Reich created a public relations dilemma von Braun himself was an ex-Nazi and a former major in the SS, a German paramilitary organization. Thus, the Army held them in virtual exile at Fort Bliss, near El Paso, Texas, until 1950, when the Korean War erupted. Then, as Cold War tensions worsened, von Braun and his team were transferred to Huntsville, given their freedom, and put to work designing short-range missiles. Von Braun thought he could do more and, in 1954, he claimed that, for less than $100,000, he could put a satellite in orbit aboard a modified Redstone rocket, essentially an improved V-2.

Convinced that a nation as backward as the Soviet Union could not beat the United States into space, Defense Department officials denied von Braun’s request. Von Braun and the Germans, who understood how dictatorships worked, warned American officials that a totalitarian state could consolidate resources behind a project favored by the state in a way that a democracy could not. By the early fall of 1957, von Braun, extrapolating from reports of Soviet ICBM tests, concluded that a successful Russian satellite launch was imminent. In August, his team had fired a Jupiter missile 300 miles into the air, but in deference to the Navy, they were under orders not to attempt a satellite launch.

The launch of Sputnik provoked what Eisenhower later called “a wave of near-hysteria”. Panic began with the news media and spread to the general public. Democrats, in particular, Texas senator Lyndon B. Johnson, who had presidential ambitions, sought to use the issue against a Republican administration. Doubts about the nation’s military preparedness and technological acumen began to appear in Western Europe. In reality, Sputnik, which could do little more than transmit a radio signal back to Earth, posed no threat to the United States. The R-7 missile that carried it into outer space was not well suited to military use. The R-7 was too big to move or hide easily and took hours to launch, making it vulnerable to a preemptive strike. Even the Soviet leader Nikita Khrushchev was surprised by the alarm the satellite had provoked. Sputnik did solve one problem for the United States: it established a precedent for the right to conduct satellite overflights.

Eisenhower tried to reassure the public, but without much success; he was limited in what he could disclose without compromising intelligence sources. The launch of Sputnik II in November and the failure of the Navy’s attempt to launch its Vanguard satellite in December kept the issue alive, as did leaks from the Gaither Report, a study by a special presidential commission on national security that questioned the adequacy of the nation’s nuclear deterrent. In January 1958, von Braun finally got his chance, and the Army put a U.S. satellite, dubbed Explorer I, into orbit.

Eisenhower had hoped to avoid rash decisions and unnecessary expenditures but was forced to respond to public anxiety. He appointed a special assistant for science and technology, and in 1958, he signed three bills designed to close the so-called missile gap. The National Aeronautics and Space Act created NASA, a civilian agency with close ties to the military, to manage the nation’s space program. The National Defense Education Act provided federal dollars for teaching math, science, and foreign languages, and the Defense Reorganization Act, among its other provisions, attempted to centralize the management of research in the armed forces. By the end of the 1950s, the foundation had been laid for the space race of the 1960s.

1. In response to Sputnik, Congress created all the following except

2. The German rocket scientist Wernher von Braun was employed after World War II by the

3. What was the legal question the U.S. government hoped to resolve before launching a satellite?

4. The Soviet Union’s launch of Sputnik was assumed to mean all the following except

5. The reality of Sputnik was that the satellite could

6. The United States’ immediate response to the launch of Sputnik was

1. The main idea expressed in the provided image revealed which of the following in the 1950s?

2. An immediate response to the event depicted in the political cartoon was

McDougall, Walter A. The Heavens and the Earth: A Political History of the Space Age. New York: Basic Books, 1985.