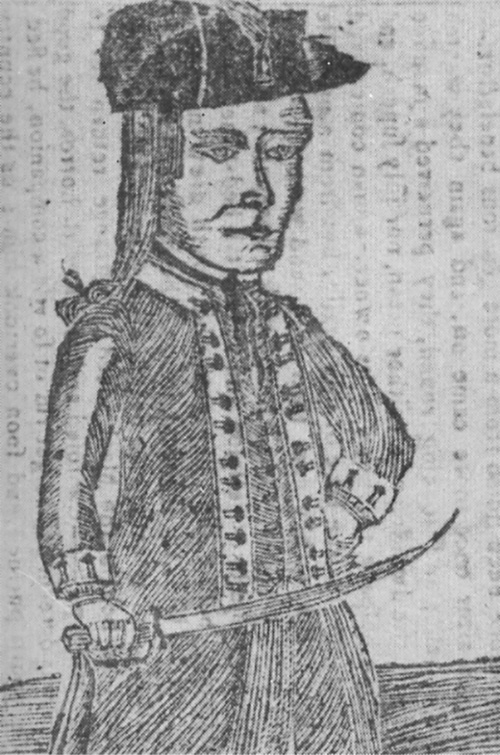 Independence did not bring economic prosperity to many parts of the United States. Great Britain restricted U.S. trade with the Empire, especially the lucrative trade with the West Indies. As a result, imports of British goods remained strong while the export of American goods to Britain slumped. Continuing inflation made paper money virtually worthless. Meanwhile, taxes rose to pay off Revolutionary War debts and make up for the loss, at the end of the conflict, of foreign loans.

New England, in particular, was suffering an economic depression. Merchants and shopkeepers in eastern Massachusetts demanded the payment of debts from hard-pressed western farmers, many of whom had overextended themselves during the relative prosperity of the war years. Meanwhile, the Massachusetts legislature raised taxes to pay the state’s wartime debt and meet the national Congress’s requisitions of taxes from the states. Farmers were burdened by high taxes and unable to pay their debts, especially mortgages. They were hauled before county courts, often losing their property and going to debtors’ prisons.

In the summer of 1786, farmers in the western counties assembled to petition the Massachusetts legislature for relief. They asked that no taxes be collected for a year, that courts be closed so property could not be confiscated, and that a paper currency be issued to cause inflation, raising the price of farmers’ goods. Citizens from whom these farmers had borrowed money insisted, however, that contracts be honored. Critics called the farmers traitors and agents of the British, even though many were veterans of the Revolution. Some lenders, eager for the money farmers had promised to repay, insisted that debtors should be more industrious and live more frugally. Neither side provided an easy way to resolve the crisis.

Leaders of the farmers’ movement called on the people to be Minutemen, ready at a moment’s notice to defend their liberty as they had during the war. They met in taverns, churches, and town meetings to plot their strategy. Beginning in late August, they armed themselves and converged on county courts, hoping to close them. They reasoned that if the courts could not meet, they could not lose their property.

At the end of August, fifteen hundred angry farmers took up arms and seized the Northampton courthouse. On September 5, the judges tried to convene their court in Worcester, but three hundred bayonet-wielding farmers blocked their access. Over the next month, the rebels shut down courts in Worcester, Middlesex, Plymouth, and Berkshire Counties. In late September, a crowd of fifteen hundred led by Revolutionary War captain Daniel Shays prevented the Massachusetts Supreme Court from meeting in Springfield. Where authorities called out the militia, its members were locals who either refused to muster against their neighbors and kinfolk or who joined them.

Secretary of War Henry Knox asked Congress to send troops to quell the rebellion and protect the federal armory at Springfield, which stored seven thousand guns, bayonets, artillery, and gunpowder. Congress agreed, but little money and few recruits were forthcoming from the states. In October, Governor James Bowdoin called the Massachusetts legislature into session and warned that “wicked and artful men” were conspiring to “destroy all confidence in government.” The legislature provided some relief by suspending debt payments and property foreclosures for several months. However, it also passed several measures to deal with the crisis. The Militia Act made it punishable by court martial to join “any mutiny or sedition.” The Riot Act prohibited twelve or more armed persons from assembling and empowered sheriffs to beat, jail, and kill rioters and take their land. Finally, the ancient liberty of the writ of habeas corpus was suspended, authorizing the roundup and detention without bail of suspected traitors. The legislature offered a pardon to any insurgent who swore allegiance to the government.

Most courts closed or recessed in October; the farmers went home to harvest their crops. Another round of troubles occurred in November and December, however, when courts in Worcester and Springfield were forcibly closed. The farmers continued their appeal to Revolutionary principles and protested the suspension of habeas corpus.

In early January 1787, Governor Bowdoin authorized a force of more than four thousand men to be paid through privately raised funds. An army of nearly two thousand was eventually placed under a Revolutionary War general, Benjamin Lincoln, to secure “system and order” in the western Massachusetts countryside. Lincoln marched to Worcester to defend the courthouse, while a force of some twelve hundred local militia occupied the Springfield Armory to deny it to the rebels.

For their assault on the armory, Shays and other insurgent leaders called on the farmers to “immediately assemble in arms to support and maintain not only their rights, but the lives and liberties of the people.” Guided by the Revolutionary principle that they had the right to overthrow and replace a distant and unresponsive regime, the insurgents announced their intention to smash the “tyrannical government in Massachusetts.” They controlled all the roads to Springfield, seized supplies going to the militia, and sent threatening ultimatums to the militia commander. Of course, Shays’ enemies also considered themselves to be Revolutionary War Patriots. Those in government considered their decision to increase taxes a necessary consequence of the need to pay for an expensive war. Others, who had agreed to loan money to the western farmers, viewed the repayment of debts as the upholding of the contracts that guaranteed their property rights.

On January 25, the rebel army of almost two thousand advanced through four-foot snow drifts, urged on by Shays. When they launched a three-pronged assault on the arsenal, the defending artillery, “humanely wishing to frighten them to lay down their arms,” first fired over their heads. Yet the farmers kept coming. The militia fired grapeshot, killing four and wounding dozens. The farmers retreated, and the battle for the arsenal was over. Most of the insurgents dispersed and returned to their farms. Shays and other leaders fled to Vermont and New York to escape prosecution, although thirteen Shaysites were rounded up, tried for treason, and sentenced to death. The governor pardoned them. Daniel Shays eventually received a pardon as well.

Shays’ Rebellion greatly influenced many to support revising the Articles of Confederation to strengthen the national government. Governments not strong enough to maintain order were too weak to protect liberty. James Madison thought the insurrection gave “new proofs of the necessity of such a vigor in the general government as will be able to restore health to the diseased part of the Federal body.”

1. Why did farmers in western Massachusetts begin to take up arms and march on courthouses in 1786?

2. Which of the following best describes the result of Shays’ Rebellion?

3. How was the perspective of Shays’ followers different from that of the Massachusetts government?

4. How did Shays’ Rebellion catalyze discussion about the national government?

5. Which of the following best explains the economic situation in post-Revolutionary War America?

6. Why wasn’t the federal government able to support Massachusetts in putting down Shays’ Rebellion?

“What, gracious God, is man! That there should be such inconsistency & perfidiousness in his conduct? It is but the other day we were shedding our blood to obtain the Constitutions under which we now live – Constitutions of our own choice and framing – and now we are unsheathing the Sword to overturn them! The thing is so unaccountable, that I hardly know how to realize it, or to persuade myself that I am not under the vision of a dream.”

“No Morn ever dawned more favourable than ours did – and no day was ever more clouded than the present! Wisdom, & good examples are necessary at this time to rescue the political machine from the impending storm. . . . Without some alteration in our political creed, the superstructure we have been seven years raising at the expence of much blood and treasure, must fall. We are fast verging to anarchy & confusion!”

1. Which of the following best describes the influence of Shays’ Rebellion on the mindset of many U.S. political leaders such as George Washington?

2. Which of the following best explains why Shays’ Rebellion garnered national attention?

3. What did Washington mean by “the superstructure we have been seven years raising at the expence of much blood and treasure”?

“The moment is, indeed, important! If government shrinks [backs away], or is unable to enforce [carry out] its laws; fresh manoeuvres [movements] will be displayed by the insurgents [protestors] – anarchy [lawlessness] & confusion must prevail [win out] – and every thing will be turned topsy turvey in that State; where it is not probable [likely] the mischiefs [troubles] will terminate [end]. . . .

If three years ago, any person had told me that at this day, I should see such a formidable [dreadful] rebellion against the laws & constitutions of our own making as now appears I should have thought him a bedlamite – a fit subject for a mad house.”

4. The excerpt provided was most likely written in response to which of the following?

5. The excerpt provided most directly reflected a growing belief that

“II. Each state retains its sovereignty, freedom, and independence, and every power, jurisdiction, and right, which is not by this Confederation expressly delegated to the United States, in Congress assembled.

III. The said States hereby severally enter into a firm league of friendship with each other, for their common defense, the security of their liberties, and their mutual and general welfare, binding themselves to assist each other, against all force offered to, or attacks made upon them, or any of them, on account of religion, sovereignty, trade, or any other pretense whatever.”

6. Which of the following was the main intent of the second article of the Articles of Confederation?

7. Which of the following best describes the impact on Shays’ Rebellion of the central government under the Articles of Confederation?