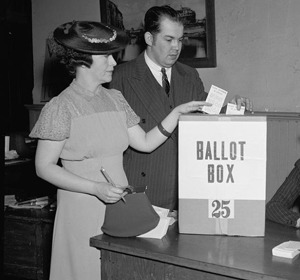 When the Framers presented the Constitution to the American people for ratification, they believed that they had crafted a system of government that would protect people’s natural rights as outlined in the Declaration of Independence. 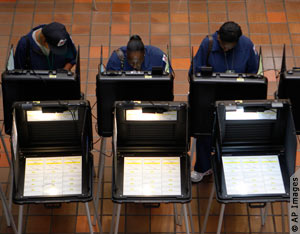 In order to participate fully in the republic, the Founders believed that citizens should educate themselves on important policy issues to be informed voters.

In order to participate fully in the republic, the Founders believed that citizens should educate themselves on important policy issues to be informed voters. The structure of the Constitution allowed citizens to participate fully, and it would prevent public officials from taking advantage of the system or the citizens themselves. While only white property-holding men could vote in colonial America, the franchise expanded over time. When writing their state constitutions after breaking from Great Britain, many of the new states in the United States opened the franchise to include more groups. Some states included free black men in their voting pool, but others continued to limit the franchise to white men. Many decades later, in 1870, African-American men were granted the right to vote. Women did not obtain suffrage until 1920.

Voting is a basic right that is paramount to participation in our republic, but it is not the only way in which citizens can be involved.

It is the responsibility of American citizens to inform themselves, vote, and engage in civil discourse at all levels: local, state, and national. At the local level, active participation probably has the most immediate effect, since it is local politics that has the most direct effect on everyday life of most Americans. Often, an individual’s first political experience is at the local level. People begin their political careers by running for local office or working for a local campaign, then move on to state or national politics. Citizen participation at the local level can include private philanthropic activities, like donating time or money to charitable causes, or public activities such as serving on jury duty or working at the polls during an election. 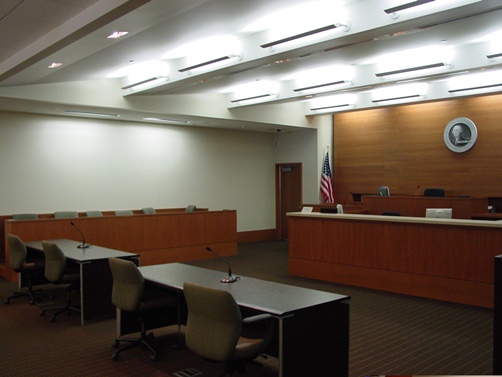 Citizen participation at the local level can include private philanthropic activities, like donating time or money to charitable causes, or public activities such as serving on jury duty or working at the polls during an election.

While James Madison understood that a healthy republic was impossible without engaged citizens, he also recognized that in a free nation people would divide into competing interests for a variety of reasons. For instance, plantation owners would be interested in legislation about shipping, import taxes, and transportation between states, while fishermen in New England would be concerned with whether the United States could protect their ships while they were fishing in open oceans or near their shores. These interests tend to focus on their own needs, sometimes at the expense of the needs of other persons or groups. Although Madison acknowledged that self-interest drives most people, he believed that people could exercise good judgment and moderation in the pursuit of their goals.

Madison understood that there would be many competing interests throughout the nation. In Federalist No. 10 (1787), Madison proposed a way to keep interests in check. He believed that in a large republic with a multiplicity of competing interests, none would be able to maintain a permanent advantage. Individuals with similar interests would form coalitions or partnerships. Madison also believed that coalition politics would become a practical necessity, but that coalition building would promote moderate politics. Likewise, the Constitution provided a means—the separation of powers—to protect against individuals who might abuse the position to which they were elected, and consequently, the public trust. While not Madison’s original intention, it is from these coalitions that political parties, special interest groups, and lobbying firms formed. These groups may be active in local, state, or federal government. 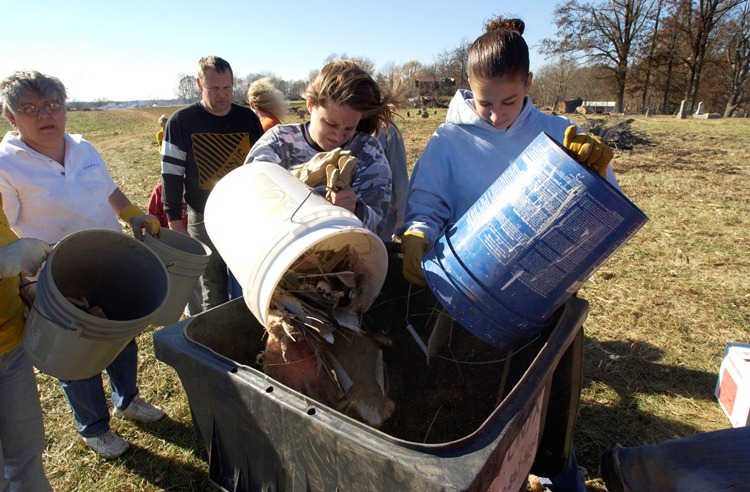 At the local level, active participation probably has the most immediate effect, since it is local politics that has the most direct effect on everyday life of most Americans.

From the time of the Founding through the Civil War, most Americans identified with their home state rather than the country. Citizens would identify themselves as a Pennsylvanian or a Virginian not as an American. Following the Civil War, Americans were attempting to put the country back together, and with the passage of the Fourteenth Amendment, all persons born or naturalized in the United States were granted citizenship. Also during the second half of the nineteenth century, millions of immigrants began to arrive in the United States. Changes in the makeup of the citizenry brought about vast changes in the participation in government as well. Women began to organize to fight for the right to vote; white supremacy groups organized; states passed segregation laws; and immigrants fought against discrimination pertaining to their religion or country of origin. These groups asserted their rights of freedom of speech, freedom of religion, freedom of the press, and freedom of assembly and petition through writings, speeches, rallies, elections, and other modes. Despite your opinions on the beliefs of any of these groups, they were all participating citizens.

In Federalist No. 1, Alexander Hamilton asserted that: “It seems to have been reserved to the people of this country, by their conduct and example, to decide the important question, whether societies of men are really capable or not of establishing good government from reflection and choice, or whether they are forever destined to depend for their political constitutions on accident and force” (Alexander Hamilton, Federalist No. 1, 1787).

The Founders knew that good judgment as well as good morals would be necessary in order to perpetuate “good government from reflection and choice.” The American people and public officials need to keep their interests in check by exercising self-restraint and moderation. Not only the electorate but also the elected would need the qualities of character that Madison and other leading Founders considered to be imperative to the success of any nation—a public conscience, vigilance, and dedication to something larger than oneself.