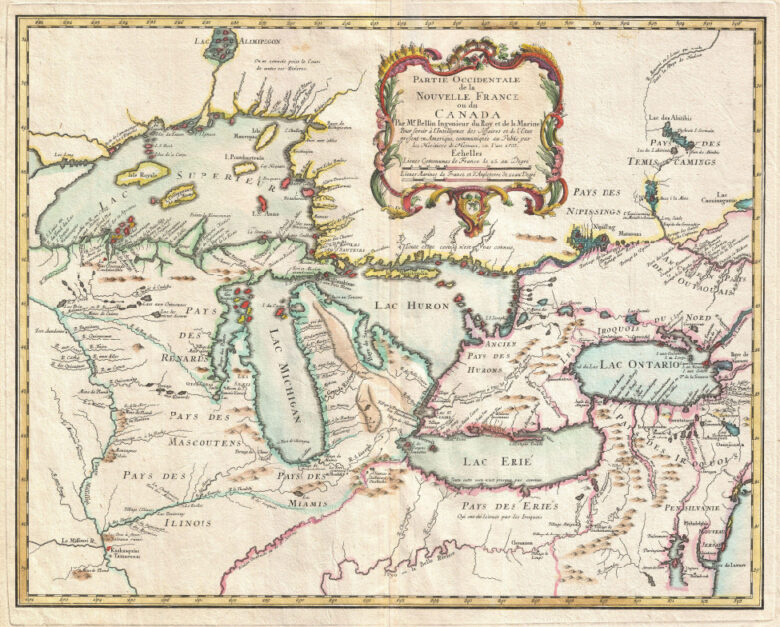 Use this Narrative at the beginning of Chapter 3 to discuss American Indians’ issues with British policies.

In February 1763, delegates from Great Britain, France, and other European nations signed the Peace of 1763 in Paris, ending what was termed the French and Indian War in North America and the Seven Years’ War in Europe. France lost to Britain both Canada and all of its North American territory east of the Mississippi River except New Orleans. The British also gained Florida from the Spanish. However, trouble was brewing on the frontier.

American Indians, most of whom had fought with the French against the British, now began to distance themselves from alliances with Europeans. They wished to drive out colonial settlers who had moved west for land. The British invited hostility when General Jeffrey Amherst decided to reduce gifts to the Indians; these had been a traditional sign of friendship. Most important, the visions of the Delaware prophet Neolin had inspired pan-Indian unity, encouraging American Indians to expel British colonists and soldiers from their lands.

Neolin preached that the Indian nations must stop trading with Europeans, reject all their goods (including weapons), and return to traditional ways. United around the common purpose of expelling the hated British and colonial settlers in the Midwest, American Indians targeted the string of British forts around the Great Lakes in a series of attacks during the spring of 1763. On May 1, the Ottawa chief Pontiac and fifty Indian warriors entered the imposing Fort Detroit, garrisoned by 120 heavily armed British soldiers. The Ottawa men performed a ceremonial dance under the wary gaze of the fort commander, Major Henry Gladwin. Gladwin was right to be suspicious, because the performers were collecting intelligence about the strength of the defenses.

Four days later, Pontiac held a war council with other leaders of the Ottawa, Huron, and Potawatomi tribes, laying a strategy to seize Fort Detroit as part of a general uprising, later known as Pontiac’s Rebellion, against the British and their colonists.

On May 7, Pontiac led his warriors back to the fort armed with hidden weapons. However, an Indian informer had told Gladwin of the impending attack, and the redcoats (so named for the bright red of their uniforms) were armed and ready. Pontiac wisely withdrew and returned the following day with three Ottawa chiefs and a false pledge of peace.

Pontiac and his warriors rowed scores of canoes along the Detroit River and prepared to assault Fort Detroit the next day. The British had sealed it and prepared for a siege. The Indians killed and captured outlying settlers and blockaded the flow of reinforcements and supplies. Pontiac’s force steadily grew to nine hundred warriors, and they killed nearly one hundred British soldiers who were part of a resupply force approaching the fort.

In late May and early June, different groups of Indians assaulted and took several forts along the Great Lakes. At Fort Sandusky on Lake Erie, Huron warriors killed fifteen soldiers and several merchants. At Fort Michilimackinac in Michigan, Chippewa warriors pretended to play lacrosse while friendly Indian women entered the fort with concealed weapons. At one point as the men played, the ball was hurled over the walls of the fort. The warriors pretended to continue their game, running into the fort to retrieve the ball. The distracted guards failed to notice the warriors grabbing weapons as they entered. Soon the thirty-five-man garrison was dead.

The British responded with equal fervor. General Amherst told his field commanders to make every effort “that can serve to extirpate this execrable race.” He even suggested spreading smallpox among the tribes. Captain Simeon Ecuyer commanded five hundred soldiers at Fort Pitt and gave some parleying American Indians gifts, including blankets from the hospital that might have been infected with smallpox.

On a humid July morning, the Detroit garrison heard the enemy approaching from downriver, and a dozen scouts went to investigate the size of Pontiac’s force. The redcoats quietly paddled through a dense fog but could not clearly make out the Indians they feared were there. As the two sides approached each other and the scouts gripped their weapons, the men from the fort breathed a sigh of relief when they discovered approximately two hundred fifty British reinforcements under the command of Major James Dalyell.

After only two days, the fort’s gates were raised and Dalyell marched his redcoats out in a long column toward Pontiac’s camp. Pontiac divided his four hundred warriors into two groups: One ambushed the front of the column in a semicircle, while the other blocked a British retreat. The British column crumpled under the enemy’s fire. The two sides battled each other in the darkness until, at dawn, the British fought their way back to the safety of the fort. They had suffered fifty casualties and nearly one hundred men had been captured. Dalyell himself was killed in action and his body mutilated. American Indians surrounded the fort, but they did not have the weapons necessary to maintain a traditional European siege. As a result, in August, the British were able to reinforce the fort with sixty more soldiers and eighty barrels of flour.

On August 4, Delaware and Shawnee warriors besieged Fort Pitt at the forks of the Ohio River in modern-day Pittsburgh. Hearing a relief column was on its way, the warriors quietly broke the siege and slipped through the woods to set an ambush. When the two tribes gave war whoops and fired their muskets into the approaching column, Colonel Henry Bouquet arranged his four hundred sixty redcoats into a defensive circle around their bulky provisions. They fought under the blistering heat of the day and through the night. During the morning, part of the British force appeared to withdraw, but it was only a feint. The Delaware and Shawnee warriors fell for the ruse and followed. The British battered the enemy with several volleys and a bayonet charge. The two tribes lost many warriors, including a Delaware chief, and retreated. The British limped into Fort Pitt a few days later.

Eventually, Pontiac and his people broke off the siege at Fort Detroit to hunt in preparation for the upcoming winter. The British continued to hold Forts Detroit and Pitt, but the American Indians successfully attacked Fort Niagara and prevented additional reinforcements and supplies from reaching the fort. Sir William Johnson convened a peace conference at Fort Niagara the following summer, promising the Six Nations control over the Ohio country and some rival tribes. Colonel Bouquet and fifteen hundred soldiers marched into the Ohio country as a show of force to compel the American Indians to accept the offer. Pontiac’s Rebellion had failed to achieve its objective, although it did win the Indians a brief reprieve from further intrusion into the frontier.

In October, the British government sought to end the conflict once and for all. The king approved the Royal Proclamation of 1763, reserving the territory stretching from the Appalachian Mountains to the Mississippi River for the American Indian tribes. To prevent further bloodshed and costly wars on the frontier, colonists were banned from crossing the new boundary line, which followed the crest of the Appalachians from north of Maine all the way south to Georgia. The British stationed ten thousand troops on this frontier to enforce the proclamation.

Some colonists saw the proclamation line as a betrayal. Many had sacrificed their homes, husbands, and sons in the 1754-1763 war against France and its Indian allies. They also considered the line early proof of British tyranny and viewed the standing army on North American territory as a threat to their traditional rights as Englishmen. Land speculators were equally concerned about their investments and right to property. Backwoods settlers simply ignored the edict and squatted on western territory. Meanwhile, the British were deeply in debt and began considering ways to tax the colonists to pay for the army.

1. Which of the following is true about the American Indian warriors during Pontiac’s Rebellion?

2. Which of the following best describes the effects of the Royal Proclamation of 1763?

3. Which of the following best describes the context of Pontiac’s Rebellion?

4. One reason Pontiac’s Rebellion was initially successful was

5. Which of the following did not occur during Pontiac’s Rebellion?

6. What was the British colonial reaction to the Proclamation Line?

7. Which of the following was the primary method of warfare during Pontiac’s Rebellion?

2. Which of the following is true about the settlement of the area west of the line established by the Proclamation of 1763 after Pontiac’s Rebellion?

3. Which of the following best describes the significance of Pontiac’s Rebellion and its connection with the Proclamation of 1763?

“It is important for us my brothers that we exterminate from our land this nation which only seeks to kill us. . . . When I go to the English chief to tell him that some of our comrades are dead . . . he makes fun of me and you. When I ask him for something for our sick, he refuses, and tells me he has no need of us. You can well see by that that he seeks our ruin. . . . There is no more time to lose, and when the English shall be defeated . . . we shall cut off the passage so that they cannot come back to our country.”

4. One important consequence of the belief expressed in the excerpt was

5. The sentiments expressed in the excerpt provided most directly caused which of the following events?

6. Which of the following events in U.S. history is most similar to the excerpt provided?

Calloway, Colin G. The Scratch of a Pen: 1763 and the Transformation of North America. Oxford: Oxford University Press, 2006.