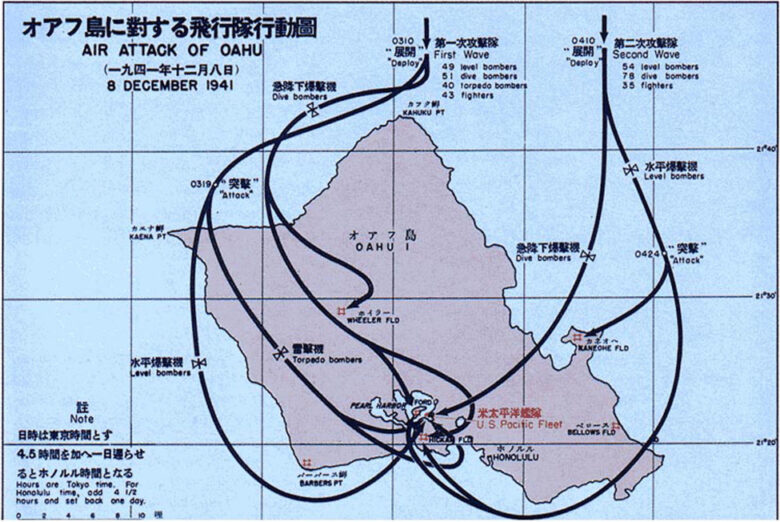 Use this narrative before the Raising the Flag on Iwo Jima Narrative and the D-Day Narrative to introduce the United States’ entrance to WWII.

Although it stood among the victorious powers at the end of World War I, Japan remained unsatisfied by its acquisition of some scattered former German colonies in China and the northern Pacific Ocean. Its economic dislocation, caused by the Great Depression, and the increasing power of the Japanese military gave momentum to sentiment in favor of imperial expansion in Asia, centered at first around the Japanese colony of Korea. Japanese imperialists also argued that expansion was necessary to secure natural resources necessary for the prosperity and safety of the homeland.

Worries about Soviet expansion in Asia, along with the efforts of Nationalist leader Chiang Kai-shek to unify China, led Japanese military leaders to look to the occupation of Manchuria in northeastern China. In September 1931, the Japanese army, likely acting without the knowledge of the government in Tokyo, engineered a border incident that it used to justify the subsequent occupation of Manchuria. American protests to the League of Nations resulted in nothing more concrete than a formal declaration condemning Japanese aggression, which led Japan to walk out of the League in 1933.

Competing Japanese and American visions for the future of Asia drove the nations toward increasingly open hostility over the years that followed. Although Chiang Kai-shek had abandoned Manchuria without a fight, Japan adopted an increasingly interventionist posture in Chinese affairs. China and Japan entered into open, but still undeclared, war in July 1937. Japanese troops quickly took the upper hand, conquering most of coastal China and pushing inland. In December of that year, the Japanese captured the Nationalist capital of Nanjing (formerly Nanking), embarking on a campaign of atrocities (witnessed by American and European residents) that resulted in the deaths of perhaps 300,000 Chinese civilians and soldiers. This came to be called the “Rape of Nanking”.

President Franklin Roosevelt’s administration recognized the growing threat to the Asian balance of power and trade, as well as to the security of the U.S.-controlled Philippines. The president and his advisors struggled to find a policy to halt Japanese aggression short of declaring war. American declarations of support for China and the 1939 cancellation of the Japanese-American Treaty of Commerce, which dated from 1911, had no significant effect on Japanese policy, which was now wholly dictated by the military.

Subsequent American embargoes on supplies of aviation fuel, scrap iron, and oil to Japan hit closer to the mark, given Japan’s increasingly frantic concerns about its scarcity of natural resources and the requirements of its armed forces. As his country continued to expand into Southeast Asia in the summer of 1940, Japanese Prime Minister Matsuoka Yosuke announced the creation of the Greater East Asia Co-Prosperity Sphere. In theory a sort of Asian commonwealth, the sphere actually amounted to a vast empire dominated by Japan and obviously targeting European and American possessions in the region. Assumptions of Japanese racial superiority over all the peoples of Asia (and the world) helped drive this imperial impulse.

The Japanese government, by this time, had already decided war with the United States was all but inevitable and initiated military planning for the conquest of Asia. The initial plan was for land, air, and sea forces to collaborate in the invasion of British and other European colonies as well as the Philippines, on the assumption that the American navy would be drawn into the conflict and eventually defeated in a “decisive battle.” Admiral Yamamoto Isoroku, commanding the Japanese Combined Fleet, argued instead for a surprise attack on the American naval base at Pearl Harbor, Hawaii.

As American and Japanese diplomats negotiated in the summer of 1941, the Japanese government secretly decided on war. Yamamoto’s plan for the attack on Pearl Harbor was adopted in October. Still, Yamamoto entertained doubts, fearing that unless Japan managed to win the war quickly, the United States would eventually win by virtue of its greater latent industrial might.

The Japanese attack fleet, including six aircraft carriers and surface vessels, departed base in November and arrived in position 275 miles off Oahu, Hawaii, in the early morning of December 7. Observing strict radio silence and hewing close to a storm front, the fleet managed to avoid detection. American military commanders remained complacent right up to the moment the first Japanese planes appeared over Pearl Harbor at 7:55 a.m. In the raid that followed, which lasted almost two hours, Japanese dive bombers and torpedo planes destroyed or damaged almost 300 American aircraft on the ground. Worse, they sank or seriously damaged all eight of the U.S. battleships stationed at Pearl Harbor, along with almost a dozen other vessels. The attack killed 2,335 U.S. service members and wounded another 1,178.

Though defeated, the Americans were not broken. Two American aircraft carriers that were normally stationed at Pearl Harbor and would certainly have been sunk that day were, fortunately, at sea on other duties on the morning of December 7; they escaped unharmed. This proved critical because the conduct of the Pacific War was to be decided primarily by carriers rather than surface fleets. President Roosevelt deployed all his formidable oratorical powers in asking Congress for a declaration of war on Japan, dubbing December 7 “a date which will live in infamy.”

Although not required to do so by the terms of his country’s alliance with Japan, German dictator Adolf Hitler responded to America’s declaration of war on Japan by declaring war on the United States on December 11. Roosevelt’s military leaders subsequently decided to emphasize Europe first in the future prosecution of the war. The American people, however, reserved special hatred for Japan and determined to fight that war to the finish and without mercy. For the next four years, “Remember Pearl Harbor” served as a national rallying cry.

1. Japan’s imperial expansion in China and Asia in the 1930s was driven by all the following except

2. What event played a significant role in the Japanese decision to go to war with the United States?

3. American interests in the Pacific that were threatened by Japanese imperialism in the 1930s included all the following except

4. American reaction to Japanese imperialism in the Pacific during the 1930s included

5. The events depicted in the map directly led to

“To the Congress of the United States: Yesterday, Dec. 7, 1941 – a date which will live in infamy – the United States of America was suddenly and deliberately attacked by naval and air forces of the Empire of Japan.

The United States was at peace with that nation and, at the solicitation of Japan, was still in conversation with the government and its emperor looking toward the maintenance of peace in the Pacific. . . .

It will be recorded that the distance of Hawaii from Japan makes it obvious that the attack was deliberately planned . . .

The attack yesterday on the Hawaiian islands has caused severe damage to American naval and military forces. Very many American lives have been lost. In addition, American ships have been reported torpedoed on the high seas between San Francisco and Honolulu.

Yesterday, the Japanese government also launched an attack against Malaya.

Japan has, therefore, undertaken a surprise offensive extending throughout the Pacific area. . . .

As commander in chief of the Army and Navy, I have directed that all measures be taken for our defense. . . .

No matter how long it may take us to overcome this premeditated invasion, the American people in their righteous might will win through to absolute victory. . . .

I ask that the Congress declare that since the unprovoked and dastardly attack by Japan on Sunday, Dec. 7, a state of war has existed between the United States and the Japanese empire.”

1. The events described in this excerpt most directly led to

2. The sentiments expressed in the excerpt contributed to which of the following?

3. This excerpt most directly reflected a growing belief that

This 1940 article considers the state of American-Japanese affairs: W.H.M. “Economic Warfare With Japan or a New Treaty?” https://www.foreignaffairs.com/articles/united-states/1940-01-01/economic-warfare-japan-or-new-treaty.