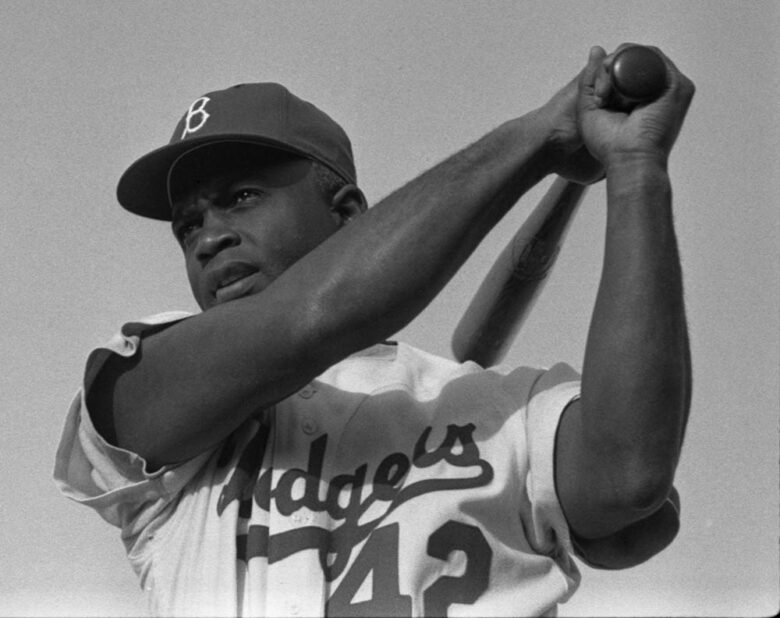 In the spring of 1946, Jackie Robinson was on his way from California to Florida in the hope of becoming the first African American player in the twentieth century to make the roster of a major league baseball team. Robinson was up against an unwritten rule that for decades had prohibited major and minor league teams from signing black athletes. The rule was known as the color bar, and it forced black ballplayers to perform on their own teams in loosely organized groups known as the Negro leagues. The color bar was part of an insidious system of written and unwritten rules, known as Jim Crow, that kept blacks in a separate and unequal position in the Southern states.

However, that spring, Branch Rickey, general manager and part owner of the Brooklyn Dodgers of the National League, decided he was going to lift the color bar and challenge Jim Crow. He had been scouting talent from the Negro leagues for several seasons and looking for the right man to sign first. His fear was that such a pioneer would face a torrent of racism and fight back, impeding progress toward integration. Jackie Robinson appealed to him not only because of his talent but also because of his poise and self-control. During one early meeting, Rickey tested whether Robinson had the ability to turn the other cheek by hurling slurs and insults at him. Robinson demonstrated the strength of character to ignore the taunts. On October 23, 1945, Rickey signed Robinson to play on the Montreal Royals of the International League, a minor league team for the Dodgers, in the 1946 baseball season.

Both Rickey and Robinson knew the road ahead was going to be rocky, but neither could have foreseen how difficult it would actually be. During the 1946 trip from California to the Royals’ spring training camp in Sanford, Florida, Robinson and his new wife Rachel were not allowed into segregated restaurants and hotels and were bumped from airplanes while white passengers boarded. At one point, a Greyhound bus driver called Robinson “boy” and ordered him to sit in the section designated for African Americans.

By the time Robinson reached the spring training site of the Montreal club, he was considering walking away from the challenge that lay ahead. However, he spoke with two black journalists, Wendell Smith and Billy Rowe, who worked for the traditionally black newspaper the Pittsburgh Courier. They persuaded Robinson that he had an historic opportunity to expand opportunities for African Americans if he were able to face the coming trial.

The courage needed to go on at this point was significant. As Chris Lamb, author of Blackout – The Untold Story of Jackie Robinson’s First Spring Training, put it:

Never before – and never since – in American sports has so much been riding on an athlete, in surroundings so hostile as Robinson found himself in Florida, where segregation was legal and brutally enforced, and where blacks who challenged discrimination were often jailed, beaten or murdered. At least nine blacks were lynched in 1946 and more than 20 others were rescued from angry mobs.

After deciding to stay, Robinson joined the team during the first two days of spring training. But the second evening, Smith received a warning from a white man that a white mob was preparing to threaten Robinson. At this point, Rickey moved the Robinsons, another black player he was considering, and the black newspaper writers to Daytona Beach, where the Dodgers were located and where the group boarded with an African American family.

On March 17, the manager penciled Robinson into the starting lineup for a game against the Dodgers in downtown Daytona Beach. He failed at the plate that first day, but Leo Durocher, the Dodgers’ manager, was the first to come to his defense. “Although Robinson didn’t get a hit today, he looked like a real ballplayer out there,” he told Wendell Smith of the Courier. “Don’t forget he was under terrific pressure. He was cast in the middle of a situation that neither he nor the fans had ever experienced before. But he came through it like a champion. He’s a ballplayer.”

Though Daytona Beach was strictly segregated, Robinson encountered no other major troubles there, but that was not the case on the road, because he was excluded from play elsewhere in Florida. Owners locked stadiums, canceled games, and called the police while he was on the field to prevent him from playing.

Nevertheless, his first year in Montreal was a resounding success. The 27-year-old Robinson led the league in batting average (.349), runs scored (113), stolen bases (40), and runs batted in (66). Nevertheless, racist taunts were still a problem, especially when the team was on the road. In Syracuse, New York, Robinson was taunted as one member of the local team threw a black cat on the field, yelling that it was the ballplayer’s “cousin”.

In the spring of 1947, Robinson was sent to Cuba, where the Dodgers and Royals were holding spring training. Robinson expected he would not suffer racist abuse there. But he and three other black players under consideration by Rickey were stuck at a ramshackle hotel while the white players stayed at luxurious beachfront accommodations. Rickey later confessed to Robinson that he had segregated the men, explaining, “I can’t afford to take a chance and have a single incident occur.”

There was still a final indignity facing Robinson. After his first game in a Montreal uniform against the Brooklyn “B” squad on March 13 in Cuba, it was off to Panama for a series of exhibition games with local teams and then with the Dodgers. Both the Dodgers and the Royals were housed inside the Canal Zone, where all the games were played and which was then still part of the United States. As such, it was administered under Jim Crow segregation, so Robinson and another black player had to sleep outside the Zone in Panama City, where there was no racial segregation to speak of.

As sports reporter Tommy Holmes of the Brooklyn Eagle put it, Robinson had gotten a far better break in Florida than he was getting in a territory under the control of the U.S. federal government. In Florida, at least he knew the rules and got to bed and board with local families. Here he was exiled – literally forced to leave the United States – to find a bed. This put added pressure on Robinson and fueled the anger he had already expressed over his living conditions in Havana. However, Robinson was able to keep his feelings under control and earned himself a spot in the opening-day line up of the 1947 Brooklyn Dodgers.

During his rookie season, Robinson performed extraordinarily well. Despite having to confront racial slurs and pitches thrown at his head, he prevailed and was named Rookie of the Year.

Robinson had integrated the National League, but what about the American League? Eleven weeks after Robinson’s baseball debut, Bill Veeck, the owner of the Cleveland Indians, shocked his fellow owners in the American League by signing Larry Doby of the Negro league’s Newark Eagles. Some of the same racist name-calling that had afflicted Robinson’s rookie season was addressed to Doby, but his most horrific trials came in 1948. Hoping to avoid the racism and racial segregation in Florida, the Cleveland Indians moved their spring training camp to Arizona, but when they got there, it was as bad as in Florida, if not worse. Not only was Doby not allowed to stay in the team hotel in Tucson but his wife, pregnant and feeling faint, could not even get a glass of water at a whites-only hotel. Later that spring, Doby had to be pulled from an exhibition game in Texas as rocks and bottles were thrown at him.

The battle for integration in baseball was eventually won, but victory was slow in coming. The last major league team to sign its first black player, the Boston Red Sox, did not do so until 1959.

The stories of Robinson, Doby, and other African American pioneers are often seen as simply part of the history of baseball rather than as a turning point in American history that served as a spark for the larger civil rights movement. As Martin Luther King Jr. once said, Jackie Robinson was “a pilgrim that walked in the lonesome byways toward the high road of Freedom. He was a sit-inner before sit-ins, a freedom rider before freedom rides.”

1. Jim Crow is best described as

2. Branch Rickey can best be described as the

3. During spring training in Florida, Jackie Robinson experienced all the following except

4. As part of the Brooklyn Dodgers organization, Jackie Robinson faced

5. The owner of the Cleveland Indians moved his team’s spring training site from Florida to Arizona because

6. As his rookie season came to an end, Jackie Robinson’s experience in major league baseball

“The recruitment of Jackie Robinson to the Brooklyn Dodgers in 1947 occurred against the backdrop of the united-front of blacks and whites, leftists and moderates, and labor and civil rights organizations in various parts of the city (New York). Robinson’s recruitment is exemplary of labor civil rights activism over the integration of job sectors in this case baseball. Although Dodgers owner Branch Rickey recalled the year 1942 as the time when he decided to hire a black player, his recruitment of Robinson occurred later, amid a broad-based community campaign.”

1. According to the excerpt, the desire for African Americans to play in major league baseball came from

2. Arguments for the integration of major league sports, such as those expressed in the excerpt, were similar to arguments for

Robinson, Jackie, and Alfred Duckett. I Never Had It Made: An Autobiography. Hopewell, NJ: Ecco Press, 1995.