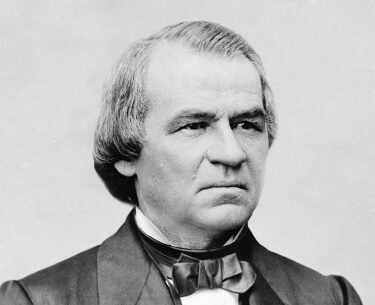 What happens if the President breaks the law or misbehaves? During the summer of 1787, the Constitutional Convention considered this question, and devised a procedure known as impeachment to deal with it. Impeachment allows Congress to charge and try the Chief Executive, and if he is convicted, to remove him from office. Some of the delegates wanted the President impeachable for “maladministration,” while others preferred to reserve impeachment for flagrant crimes such as “treason, bribery, or corruption.” The final Constitution states that the President may be impeached for “high crimes and misdemeanors.” This compromise language left the underlying debate unresolved, and left several questions unanswered: What does “high crimes and misdemeanors” mean? What constitutes an impeachable offense? Does impeachment require a crime, a serious crime, or no crime at all? In other words, may Congress impeach the President for political as well as criminal transgressions?

Seventy-nine years passed before the first presidential impeachment. When Abraham Lincoln was assassinated in 1865, Andrew Johnson became President. Claiming to follow in Lincoln’s footsteps, the new Chief Executive (a Southern Democrat) followed a different path, one hostile to African Americans and sympathetic to former Confederates. Republican Thaddeus Stevens tried in vain to persuade the House of Representatives to impeach Johnson on these political grounds alone. Johnson then attempted to fire his Secretary of War, Edwin M. Stanton, without Senate approval, an action that appeared to violate the recently- passed Tenure of Office Act. Republicans in the House of Representatives, now convinced that Johnson had committed a crime, voted 126-47 to impeach the President in February 1868. The House’s charges included a mixture of political misdeeds (obstructing Republican attempts to reconstruct the South after the Civil War) and criminal offenses (involving the violation of the Tenure of Office Act).

Once a President is impeached by the House, he is tried by the Senate. A committee from the House of Representatives prosecutes, the Senate acts as the jury, and the Chief Justice of the Supreme Court presides. A guilty verdict requires a two-thirds vote in the Senate. Johnson’s three-month trial took place early in 1868. The prosecution, led by Benjamin Butler, argued that Johnson had clearly committed a crime by breaking the Tenure of Office Act. Butler insisted that Johnson’s political policies also merited a conviction. Johnson’s defense attorneys answered that the President’s behavior was not criminal because his interpretation of the Tenure of Office Act was reasonable, and that the law itself was of dubious constitutionality. As for Johnson’s political mistakes, the defense maintained that the correct remedy was for the voters to remove Johnson in an election, not for Congress to remove him by impeachment.

The final Senate vote was 35 guilty to 19 not guilty, one vote shy of the two-thirds necessary for conviction. Although the Republicans held over two-thirds of the seats in the Senate, they were unable to convict because the prosecution had presented a weak argument, leaving it unclear whether the case against Johnson was criminal or political. A few Republicans voted to acquit because they believed that the charges did not meet the “high crimes and misdemeanors” standard prescribed by the Constitution.

Several additional reasons explain the acquittal. During the trial, Johnson provided assurances that he would enforce laws instead of obstructing them. Considerable evidence also suggests that Johnson bought the verdict through patronage appointments and outright bribes paid to certain Senators. Some Senators hesitated to oust Johnson because his replacement in the White House would have been Benjamin Wade, the President-Pro Tem of the Senate, whose financial and Reconstruction policies many Republicans distrusted. Finally, many Republicans did not want to do anything to upset the anticipated election of Ulysses Grant as President later that year.

In 1974, Richard M. Nixon resigned from the presidency to avoid being impeached. After administration operatives were caught breaking into the Democratic Party headquarters at the Watergate office complex in Washington, D.C., Nixon covered up the crime. A Congressional investigation produced a bombshell revelation: The Oval Office had a recording system that taped all the President’s conversations. The tapes could prove whether Nixon himself had ordered the cover-up. The Supreme Court rejected Nixon’s claim that executive privilege allowed him to withhold the tapes. Once surrendered, the tapes—despite erasures—still contained a smoking gun proving Nixon’s complicity. With members of his own Republican Party turning against him and the House drawing up impeachment charges that were sure to pass by an overwhelming and bipartisan margin, Nixon resigned the presidency on August 9.

The only other presidential impeachment occurred in 1999, 133 years after Johnson’s narrow escape. In 1995, President Bill Clinton and White House intern Monica Lewinsky began a sexual affair. Lewinsky told a friend, who helped to pass the information to lawyers for Paula Jones, a former Arkansas state employee. Jones was suing Clinton for alleged sexual harassment before he became President. Seeking to demonstrate Clinton’s “pattern of behavior,” Jones’s lawyers requested testimony from Lewinsky. In an attempt to hide the affair, the President suggested that Lewinsky return gifts he had given her, and denied the affair in a taped deposition. When Independent Counsel Kenneth Starr (the Special Prosecutor investigating Clinton’s pre-presidential finances) learned about Lewinsky, he suspected that the President had obstructed justice and committed perjury. After the story went public in January 1998, Clinton issued another denial, televised from the White House.

An FBI operation forced Lewinsky to reveal the affair, leaving the President no alternative but to admit to it as well. In a taped grand jury deposition, Clinton split legal hairs and used evasive language to deny that he had committed perjury or obstructed justice. Convinced of Clinton’s guilt on both counts, Starr’s report to the House of Representatives recommended impeachment. In strong agreement with Starr were many conservatives, who for years had targeted “Slick Willie” for alleged womanizing, pot smoking, draft dodging, and truth bending. While most Americans found Clinton’s behavior reprehensible, they did not believe that it merited impeachment. In December 1998, the House of Representatives nevertheless impeached Clinton along strict party lines, with Republicans voting in favor of impeachment and Democrats voting against it.

The impeachment trial took place in January and February 1999, with Representative Henry Hyde leading the prosecution. Lewinsky, one of three taped witnesses, admitted the affair, but denied that the President lied about it or obstructed justice. Lacking a two-thirds majority in the Senate, the Republicans could not secure a conviction without the support of several Democrats. And with the public hostile to impeachment, Democratic senators refused to desert the President. In the end, Republican Senators instead defected to the Democratic side. On the charge of perjury, fifty-five Senators voted to acquit, forty-five to convict. On the charge of obstruction of justice, it was a fifty-fifty tie. Several Senators voted to acquit not because they considered Clinton innocent, but because they believed that the charges did not rise to the constitutional threshold of “high crimes and misdemeanors.” Clinton was later held in contempt of court by the judge in the Paula Jones proceeding (a case eventually thrown out of court) and was stripped of his legal license by the American Bar Association.

There are some striking parallels between the Johnson and Clinton impeachments: On both occasions, the Republicans impeached a Democratic President in a context of tremendous partisanship and presidential misconduct. Both trials grappled with the question of what constitutes an impeachable offense. Both impeachments failed to secure a conviction, suggesting that the President must commit a very serious crime indeed to be found guilty. After impeachment both Chief Executives found their presidencies in disarray and their legacies tarnished. Finally, and most important, the procedures designed by the Founders to handle presidential misconduct functioned successfully, allowing each constitutional crisis to be resolved effectively and decisively, and proving that even the President of the United States is accountable for his behavior.

Dr. Stuart Leibiger is Associate Professor and History Department Chair at La Salle University. He is the author of Founding Friendship: George Washington, James Madison, and the Creation of the American Republic. In 2009, he was recognized as a “Distinguished Lecturer” by the Organization of American Historians.