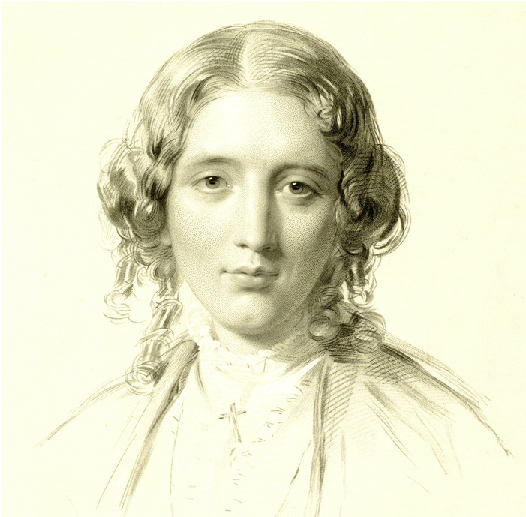 Use this Narrative alongside the Harriet Tubman and the Underground Railroad Narrative to explore the roles women played in the abolitionist movement.

In December 1862, the writer Harriet Beecher Stowe visited the White House at a critical moment. President Abraham Lincoln had issued a preliminary Emancipation Proclamation back in September after the Battle of Antietam, stating he would use his war powers as president to free the enslaved men and women in most Union-occupied areas of the Confederate states on January 1, 1863. Stowe had an audience with the president to make sure he kept that promise. He reportedly asked, “Is this the little woman who made this great war?” Even though it is probably apocryphal, the question contains a great deal of truth about the impact of this important writer and her seminal novel, Uncle Tom’s Cabin.

Harriet Beecher was the daughter of the famous New England clergyman and social reformer Lyman Beecher and his pious wife, Roxana. She had many siblings and read voraciously as a child, including classics that fired her imagination. Later, she taught at the Hartford Female Seminary until the family moved to Cincinnati, where Lyman became president of Lane Theological Seminary.

Raised in a religious household, Harriet adopted the Puritan religious tradition and outlook of New England. However, she and her family began to question the Calvinist doctrinal orthodoxy of predestination in favor of a more personal theology. Coming of age during the Second Great Awakening, she witnessed the emotional preaching of ministers from new denominations and their democratic appeal to the marginalized. She began to believe in a benevolent God, the value of good works, a communal religion, and even spiritualist visions of angels and saints.

Beecher married Calvin Stowe, a professor at Lane Seminary, in 1836 and supplemented his meager salary by writing short stories and essays. Women of this time generally worked inside the home and were restricted from politics and employment by the “cult of domesticity,” but some entered public life as writers and moral reformers for causes such as abolitionism, temperance, and antiprostitution. Stowe and her husband were involved in those three reform movements, and those movements influenced her writing.

Some women who became writers during the American Renaissance of the mid-nineteenth century were well-known transcendentalists, such as Margaret Fuller, whereas others wrote novels for a mass audience. The American Renaissance was facilitated by the technological improvements of the early industrial revolution. The printing revolution greatly increased the number of books, newspapers, and magazines available to the most literate nation at the time, and the transportation revolution made their wide distribution possible. The literary explosion was also characterized by a rapid expansion in the publication of novels, which ranged from high-brow fiction aimed at social uplift to cheap “dime novels” that entertained. The novels of the American Renaissance aimed to promote virtuous character and appeal to the moral sentiments of the reader – hence, the sentimental novel.

Moving in moderate abolitionist circles, Stowe engaged with the national debate caused by the Mexican-American War and the expansion of slavery in the western territories acquired from Mexico. She was particularly opposed to the Compromise of 1850, which preserved the Union and staved off contention over slavery in the new territories by allowing, through the new Fugitive Slave Act, recovery of runaway slaves and the punishment of anyone who aided them. Stowe decided to write Uncle Tom’s Cabin as a criticism of that law.

Stowe had many sources to help her compose her novel portraying the horrors of slavery in the South. She respected the humanity of her family’s black domestic servants and listened closely to their compelling stories of their lives under slavery. She had also visited the slave state of Kentucky and saw slavery on plantations firsthand. She even helped at least one enslaved person escape to freedom on the Underground Railroad and spoke with conductors in the network. Moreover, many escaped enslaved persons published narratives detailing their experience of the cruelties of slavery. Frederick Douglass’s Narrative of the Life of Frederick Douglass was representative of a growing list of books that shaped Stowe’s understanding. In 1839, abolitionist Theodore Dwight Weld had published a highly influential study, Slavery as It Is, with the research help of the abolitionist Grimke sisters Sara and Angelina, compiled from government documents, southern newspapers, and testimony of enslaved persons, which also were instrumental in Stowe’s thinking.

Uncle Tom’s Cabin narrates life on a southern plantation, portraying African American characters who are strong, faithful, and virtuous. They are victimized by a brutal system of violent whippings and the sexual exploitation of enslaved women. The enslaved men and women want to enjoy their liberty as humans and come close to violent rebellion to win it. Masters, overseers, and slave catchers in the story are corrupted by slavery and drink, rather than being directly demonized, because Stowe wanted to appeal to southerners to change their minds about slavery. The sentimental novel presents difficult topics honestly while avoiding being lurid.

Countless readers on both sides of the slavery question had a profound emotional reaction to Uncle Tom’s Cabin. William Lloyd Garrison confessed to the “frequent moistening of our eyes, and the making of our heart grow liquid as water, and trembling every nerve within us, in the perusal of incidents and scenes so vividly depicted in her pages.” Black activist Booker T. Washington later noted that the book stirred the hearts of northerners against slavery.

Uncle Tom’s Cabin was an instant bestseller when it was published in March 1852, after it had been serialized in a periodical the previous year. The book sold 15,000 copies within the first month, 50,000 through May, and 100,000 by the end of June. A total of 310,000 copies were purchased in the United States and more than one million in Great Britain during the first year. Millions of people heard the book read aloud or borrowed copies to read themselves. Stowe went on a speaking tour in Great Britain in 1853 and raised money for the antislavery cause. The book spawned Uncle Tom china, card and dice games, puzzles, paintings, engravings, and some plays that were spectacularly successful.

Her book stirred the national debate as Stowe intended. Meanwhile, resistance to slavery swept through the north, where many started to oppose the Fugitive Slave Act and slavery generally, as evidenced by the crowd of 50,000 that gathered to oppose slave catchers trying to seize the escaped enslaved man Anthony Burns in Boston two years later. Many northern writers tried to imitate Stowe’s work and penned novels attacking slavery, although with less success. However, many in the North also continued to support slavery, and even many abolitionists still held racist views of African Americans.

White southerners were outraged by Uncle Tom’s Cabin and feared it might cause slave rebellions. The book was outlawed in the South, and editors spilled much ink writing rebuttals, mostly arguing that enslaved persons were content, treated well by paternalistic masters, and better off than the industrial “wage slaves” in northern factories. George Fitzhugh wrote perhaps the most significant proslavery book, Sociology for the South, or, The Failure of Free Society, rooted in sociology and economics. It defended slavery and argued that the Founders were wrong about human equality being based on natural rights, because blacks were inferior. According to Fitzhugh, slavery allowed for a division of labor and all that this labor produced, according to the abilities and needs of black and white plantation residents. “Slavery,” he wrote, “is a form, and the very best form, of socialism.”

Uncle Tom’s Cabin and its author did not cause the Civil War, but the book was certainly an important part of the national conversation about slavery and its expansion during the 1850s. Two years after its publication, Congress passed Senator Stephen Douglas’s controversial Kansas-Nebraska bill, which mandated popular sovereignty over the slavery question in new states and led to an outbreak of violence and murder known as “Bleeding Kansas.” In 1856, southerner Preston Brooks beat abolitionist Charles Sumner senseless on the floor of the Senate. A year later, the Supreme Court issued its infamous Dred Scott v. Sandford decision, arguing that blacks were not and could not be U.S. citizens and that the Missouri Compromise was unconstitutional. In 1858, Abraham Lincoln and Stephen Douglas battled over the issues rhetorically in their famous campaign debates for the Senate. In 1859, radical abolitionist John Brown led a violent but abortive raid on the federal arsenal at Harpers Ferry to try to start a massive slave rebellion. The election of Lincoln in 1860 led to secession, as southerners sought to protect their “peculiar institution,” in fear that Lincoln was going to free their slaves. Between December 1860 and early 1861, southern states began to pass articles of secession, declaring their intention to leave the Union and form their own government. Tensions finally spilled over and fighting commenced when South Carolinians fired on Fort Sumter in April 1861. The war had begun.

Although the exact impact of Uncle Tom’s Cabin may be hard to measure, Frederick Douglass voiced elegant praise for the book. He wrote: “The touching, but too truthful tale of Uncle Tom’s Cabin has rekindled the slumbering embers of antislavery zeal into active flames. Its recitals have baptized with holy fire myriads who before cared nothing for the bleeding slave.”

1. What book was written as a proslavery argument against Uncle Tom’s Cabin?

3. Uncle Tom’s Cabin was originally published as a

4. The widening of transportation and communication networks as a result of the market revolution benefited Harriet Beecher Stowe’s cause in writing Uncle Tom’s Cabin because

5. Many abolitionists, including Harriet Beecher Stowe, were influenced by the democratic appeal to the marginalized contained in

According to the title page, this edition of the novel was published in

I am at present occupied upon a story . . . embracing a series of sketches which give the lights and shadows of the “patriarchal institution,” written either from observation, incidents which have occurred in the sphere of my personal knowledge, or in the knowledge of my friends. I shall show the best side of the thing, and something faintly approaching the worst.

Up to this year I have always felt that I had no particular call to meddle with this subject, . . . But I feel now that the time has come when even a woman or a child who can speak a word for freedom and humanity is bound to speak. . . .

My vocation is simply that of a painter, and my object will be to hold up in the most lifelike and graphic manner possible slavery, its reverses, changes, and the negro character, which I have had ample opportunities for studying. There is no arguing with pictures, and everybody is impressed by them, whether they mean to be or not. . . .

Yours with (sincere) esteem,

1. This letter was likely written in response to events connected with

2. The excerpt expresses ideas that most directly resulted from the

3. A historian might use this letter to support the claim that

Holt, Michael F. The Fate of Their Country: Politicians, Slavery Extension, and the Coming of the Civil War. New York: Hill and Wang, 2004.