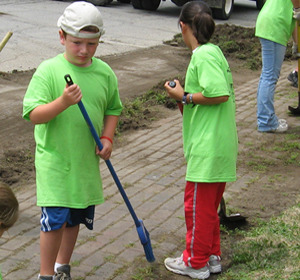 American government is not simply about the formal structures included in the Constitution; it is also about the informal connections that exist between people. These bonds give rise to community and civic organizations that are necessary to maintain a successful republic. Although not always in the media spotlight, the communities with which a person interacts are important political units. It is citizens’ interaction with their communities that largely determines their happiness and safety.

In most societies, the fundamental political group is the family. Families eventually come together to form neighborhoods, communities, cities, and districts. The people who make up the governing bodies of these communities reside within them. For instance, local school districts draw students from a specific geographic area. Elected school board members’ residency in the district allows them to be acutely aware of the particular needs and desires of their community.

Aristotle maintained that living in a community, or “polis,” was the natural condition of man. Communities, such as neighborhoods, civic associations, and religious institutions, are the foundational units of political life in the United States.

While public services are often administered at a local level, much important action in communities comes through private agencies. For example, many churches, synagogues, and mosques provide relief to needy families and individuals. In the political sphere, local groups organize elections and political events. Even in national elections, voting sites are administered at a community level, and voting results are tabulated and submitted to state agencies by local election officials. In Federalist No. 14 (1787), James Madison explained that it is in the communities where the practice of democracy resides.

Observing American politics as a foreigner in the first half of the nineteenth century, French political philosopher Alexis de Tocqueville lauded the reliance of the American political system on community rather than national government action. He explained:

“When the members of a community are forced to attend to public affairs, they are necessarily drawn from the circle of their own interests, and snatched at times from self-observation. As soon as a man begins to treat of public affairs in public, he begins to perceive that he is not so independent of his fellow-men as he had at first imagined, and that, in order to obtain their support, he must often lend them his co-operation” (Alexis de Tocqueville, Democracy in America, 1835).

It is through local opportunities that we see noteworthy examples of both public and private action. Government action refers to functions carried out by elected bodies or government officials, such as city council members, governors, or local police departments. Private action refers to tasks people carry out without government involvement. For example, in the event of a natural disaster, we often see both public and private action addressing the resulting problems. Firefighters employed by government entities swing into action at the same time that individuals, volunteer organizations, corporations, and community service organizations such as the Red Cross or Salvation Army reach out to help victims by providing food, clothing, and shelter to those in need.

Voluntary private action is a vital aspect of successful community life. The Founders recognized that we cannot expect government to solve every problem, nor did they want total government regulation of our lives. The Founders understood the connection between public and private virtues, and expounded ideas relating to both types of virtue in the Founding documents.

Though not always in the media spotlight, the communities with which a person interacts on a daily basis are important political units. It is citizens’ interaction with their communities that largely determines their happiness and safety.