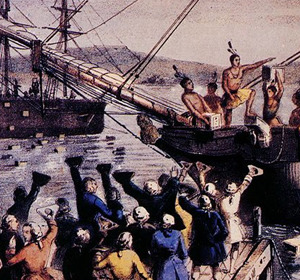 When European colonists came to North America, they faced the challenge of establishing societies that reflected their identity and mission. Part of that challenge would include structuring their compacts in ways that would support the kinds of life they were seeking. Among the first Europeans to arrive in what is now Massachusetts were the Puritans. This group of people wished to worship in their own way, and also wanted the Church of England to follow their example and be “purified” of Catholic influence.

The Puritans understood each individual in terms of his membership in the faith community. Each person had a sacred responsibility not only to serve God, but also to those in God’s community. At first, the colonists at Plymouth Plantation believed that their communal mission would be best served by communal farming. But Governor William Bradford reported that the system, though intended for the betterment of the community, actually caused “confusion and discontent.” The strongest young men felt resentful that they had to do more work; wives did not like having to prepare food for men other than their husbands—and oftentimes, neither did the husbands!

The virtues the Puritans sought to embody included justice, and they soon began to realize that communal farming contradicted this principle.

“The strong, or man of parts, had no more in division of victuals and clothes than he that was weak and not able to do a quarter the other could,” wrote Bradford in “Property”. He concluded, “This was thought injustice.” They changed course and allotted plots of land to each family. This private ownership “made all hands very industrious, so as much more corn was planted than otherwise would have been” (William Bradford, “Property,” 1623).

Justice, or giving every person his due, meant respecting the individual’s contribution as well as conscience. Some today criticize the Puritans for wanting religious freedom, but denying that same freedom to others. It is true that the Puritans understood religious liberty to mean their right as members of faith to establish a religious community: a theocracy. They understood their religion, or their duty to God, as therefore including the right to exclude those who did not share their faith or their goals from their community, and punishing, in some cases harshly, those within the community who broke the law.

The Massachusetts Body of Liberties, written by lawyer and Puritan minister Nathaniel Ward in 1641, defined religious rights for Christians: “All the people of god within this Jurisdiction who are not in a church way, and be orthodox in judgment and not scandalous in life, shall have full liberty to gather themselves into a Church Estate. Provided they do it in a Christian way, with due observation of the rules of Christ revealed in his word.”

Churches were free to elect their own officers, “provided they be able, pious and orthodox.” The Colony would also have a monthly Christian conference to prevent “error and offense” and “for the maintenance and exercise of brotherly communion.” In this way, the Puritans maintained uniformity of belief and practice. 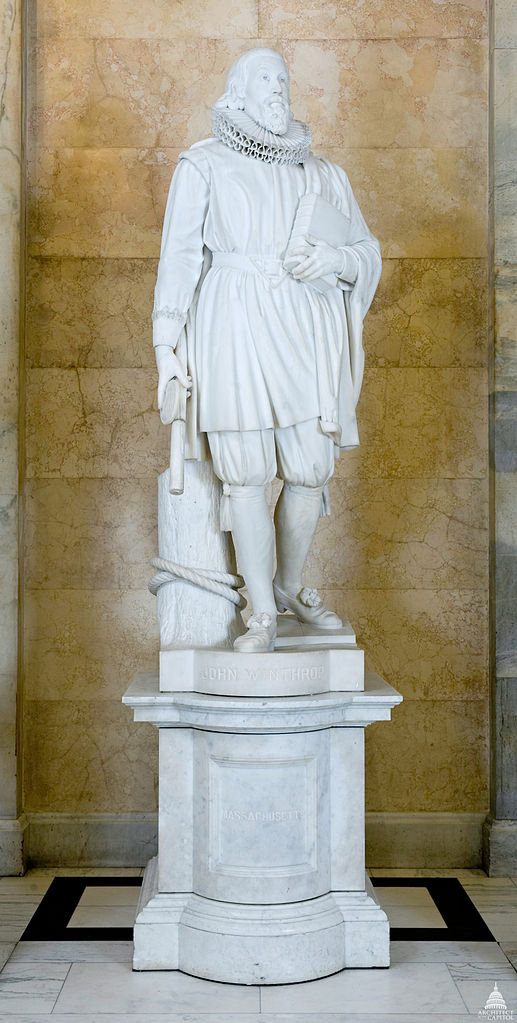 More than a century later, the Massachusetts Constitution of 1780 affirmed that civil society depended on religion and morality, and authorized the government to establish and support Protestant churches.

When a similar provision was introduced in Virginia to support Protestant ministers through taxation, it was supported by Patrick Henry, George Washington, and other prominent leaders in Virginia. Although Washington condemned religious toleration and championed religious liberty in his 1792 letter to the Hebrew Congregation in Newport, Rhode Island, Washington supported the Virginia law because it allowed people to choose which church would receive their tax money. But other leading Founders such as Thomas Jefferson and James Madison opposed the law.

In that same document James Madison defined religion as “the duty we owe the Creator”—a phrasing that would have made sense to the Puritans. He believed that government properly limited would not interfere with the individual’s conscience.

President Thomas Jefferson expressed a similar idea in his 1802 letter to the Danbury Baptists: “Believing with you that religion is a matter which lies solely between Man & his God, that he owes account to none other for his faith or his worship, that the legitimate powers of government reach actions only, & not opinions, I contemplate with sovereign reverence that act of the whole American people which declared that their legislature should ‘make no law respecting an establishment of religion, or prohibiting the free exercise thereof,’ thus building a wall of separation between Church & State” (Thomas Jefferson, “Letter to the Danbury Baptists,” 1802).

Jefferson and Madison believed that the government may be able to stop people from taking certain actions that harm others even if they are motivated by religion, but the government could never tell people what to believe, nor force them to take actions that went against their consciences (such as supporting churches and religious teachings through taxation). Of the remaining states with official religions, Massachusetts was the last to disestablish, doing so in 1833. 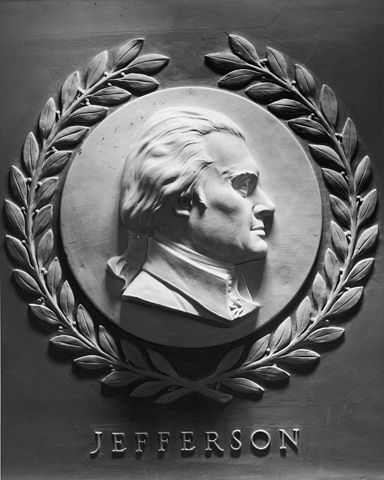 More than a century after William Bradford wrote in his diary, Alexis de Tocqueville would note that it made perfect sense for religious liberty to coexist with civil liberty, and vice-versa. “Religion sees in civil freedom a noble exercise of the faculties of man in the political world, a field left by the Creator to the efforts of intelligence Freedom sees in religion the companion of its struggles and its triumphs, the cradle of its infancy, the divine source of its rights. It considers religion as the safeguard of mores; and mores as the guarantee of laws and the pledge of its own duration.”

“The settlers of New England were at the same time ardent sectarians and daring innovators…. Political principles, laws and human institutions seem malleable things that can be turned and combined at will. Before them fall the barriers that imprisoned the society in whose bosom they were born; old opinions that have been directing the world for centuries vanish; an almost boundless course, a field without a horizon, are discovered; but when it arrives at the limits of the political world, it halts, trembling, it leaves off the use of its most formidable faculties; it abjures doubt; it renounces the need to innovate; it even abstains from sweeping away the veil of the sanctuary; it bows with respect before truths that it accepts without discussion” (Alexis de Tocqueville, Democracy in America, 1835).

This legacy of experiences strengthened the Founders’ convictions when it came to the inalienable rights of individuals, and the protection of “property of every sort” including not only money and physical possessions, but also conscience.

When European colonists came to North America, they faced the challenge of establishing societies that reflected their identity and mission for God. Experiments with economic and civil liberty followed in the name of the common good. Colonists and, later, the Founding generation became convinced that legally requiring individuals to commit their labor or their money towards a communal farm or church, with no regard for individual contribution or conscience, violated principles of justice. The link between economic liberty and the liberty of conscience became clear to many, and is responsible for liberating “a field without an horizon ... to the exploring and ardent curiosity of man.”