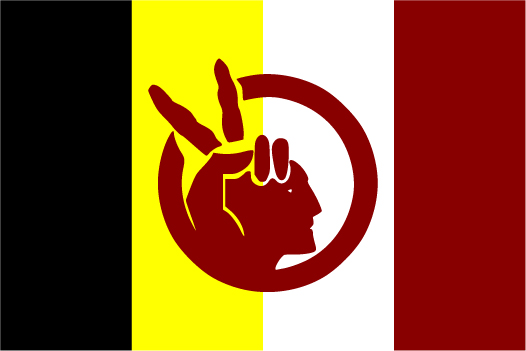 Use this Narrative with the César Chávez, Dolores Huerta, and the United Farm Workers Narrative and The Gay Liberation Movement Narrative while discussing the various civil rights movements occurring during the 1970s.

By the late nineteenth century, American Indians had largely faded from public consciousness, with most consigned to Indian reservations. Reformers and the federal government hoped to integrate Indians into the larger society. The Dawes Allotment Act (1887) broke many Indian reservations into smaller, private landholdings, and Indian children were often forced to attend boarding schools where, as Richard Henry Pratt, the head of the Carlisle Indian School, explained, “We must kill the Indian to save the man.” Government control, the prohibition of traditional ceremonies, limited rations, high unemployment, and alcohol abuse afflicted reservations.

The status of American Indians did improve somewhat with the Indian Reorganization Act of 1934 (sometimes called the Indian New Deal), which allowed tribes to create tribal governments, but their sovereignty was still limited by the Bureau of Indian Affairs (BIA). World War II brought opportunities, and many American Indians joined the armed forces or moved to cities for jobs in defense plants. However, living off the reservation, surrounded by non-Indians, made it difficult for them to maintain their Indian identities. The federal government saw relocation as a potential solution to the budgetary expense of managing American Indian reservations, and in the 1950s, it implemented the “Termination Policy.” This policy eliminated the reservations of more “advanced” tribes, opening Indian lands to non-Indian companies to exploit their natural resources. Termination, like the Dawes Act before it, often hurt rather than helped American Indians.

Internal corruption also became a problem, and some tribal governments become quasi-dictatorships. Tribal leaders sometimes ran their reservations like private kingdoms with little oversight from the BIA or input from tribal members. This became one cause of the Siege at Wounded Knee.

The 1973 Siege at Wounded Knee was only one event in the larger American Indian civil rights movement. American Indians, watching the Civil Rights Movement, began to use similar tactics to raise awareness of their concerns. The goals of the two movements, however, were very different. African Americans wanted to be integrated into American society as equal members, but after decades of assimilation and the loss of land and culture, some American Indians wanted nothing more than the right to remain Indians on their own lands.

American Indian activism became more militant in the mid-1960s, with the rise of the “Red Power” movement, which took its name from the growing “Black Power” movement. Like African Americans, American Indians believed they were unfairly targeted and harassed by law enforcement, especially in off-reservation towns and cities. Minneapolis and St. Paul, east of several reservations, had attracted a large American Indian population. Members of the American Indian community formed an “Indian patrol” to assert their rights and monitor the police. Three Indian Patrol leaders, Clyde Bellecourt, Dennis Banks, and George Mitchell, decided to expand the Indian Patrol into a civil rights organization, and in 1968 they formed the American Indian Movement (AIM). AIM soon became an influential and controversial organization.

A younger, more radical generation of leaders emerged. The new generation understood the power of media and sought to use it by staging spectacular protests at historic sites like Mount Rushmore. None attracted more attention than the 1969 takeover of Alcatraz Island in San Francisco Bay. Scaring away the lone caretaker of the abandoned prison, the protestors declared their independence from the United States and transformed the island into their own “country.” Satirically using the rhetoric of past treaties, they promised to end their protest and return the island for payment in beads from the “Great White Father.”

For a time, the media covered the story closely, and social activists, including the actor Jane Fonda, visited the island to lend their support. Eventually, however, the media moved on, and the occupation of Alcatraz ended peacefully in 1971. Still, the occupation had been a success, bringing American Indian issues to the forefront of a mostly sympathetic nation’s consciousness. Protests at Boston Harbor and Washington, DC, continued to attract attention, including the six-day occupation of the headquarters of the hated Bureau of Indian Affairs in November 1972, which protestors rechristened the “Native American Embassy.”

In 1973, the attention of AIM and the world turned to the Pine Ridge Reservation of the Lakota Indians in South Dakota, and the ensuing Siege at Wounded Knee proved to be a spectacular final chapter in a period of Indian militancy and activism. The catalyst for the siege was the fatal January 1973 stabbing of a young Lakota man, Wesley Bad Heart Bull, in Buffalo Gap, South Dakota. Although accounts of the circumstances surrounding the killing varied, a white man arrested for the death quickly pleaded guilty to second-degree manslaughter and was released after one day in jail. Bad Heart Bull’s aggrieved mother and other activists staged a protest against the man’s release. Around the county courthouse in Custer, South Dakota (where the trial of Bad Heart Bull’s killer had been held), activists clashed with police, and Wesley Bad Heart Bull’s mother was one of several people arrested. Convicted of assaulting an officer, she received a 3- to 5-year prison sentence.

In addition to issues of policing, activists were also upset with the tribal chair of Pine Ridge, Richard Wilson. Wilson had seized control of the tribal government, appointing friends and relatives to positions of authority and forming the Guardians of the Oglala Nation (whose acronym, provocatively, was GOONs). Wilson ruled the reservation like a dictator, employing the GOONs as his private army and threatening and intimidating his opponents. Federal officials generally ignored these internal problems, deferring to Wilson. After an impeachment effort failed tooustWilson, angry residents consulted with tribal elders and made the controversial decision to ask AIM for help. AIM, composed mostly of young, urban Indians, had a reputation for contentious and sometimes violent protests, but supporters hoped AIM could help break Wilson’s increasingly authoritarian rule.

AIM and Wilson were thus on a collision course. Wilson, wanting the AIM activists removed from Pine Ridge, asked U.S. marshals for assistance. In February 1973, Dennis Banks, Russell Means, and several hundred AIM protestors from many tribes descended on the small settlement of Wounded Knee on Pine Ridge. After fortifying the village, taking 11 people hostage and pillaging the small grocery store, AIM and its followers prepared for the worst.

The activists knew well the powerful meaning of Wounded Knee. It was here, on an unseasonably pleasant morning in December 1890, that U.S. soldiers had killed several hundred Lakota men, women, and children in the last, tragic clash of the Indian Wars.

Led by the FBI, members of tribal, state, and federal law enforcement surrounded the village. Armored vehicles blocked the roads, aircraft circled overhead, and snipers took up positions. Many of the activists were veterans of the war in Vietnam, and they helped organize the defense of the village, preparing for an assault. Media outlets descended on the scene. And then everyone waited.

The siege lasted for the next 71 days, becoming a major international news story. At the Academy Awards, Marlon Brando, who won the best actor Oscar for his role in The Godfather that year, turned his acceptance speech over to an American Indian woman named Sacheen Littlefeather, who asked for support for the protestors to a mixed chorus of clapping and boos. Back in Wounded Knee, the situation remained tense, especially after two Indian men were killed by snipers. Several others were wounded. AIM claimed that law enforcement or Wilson’s GOONs had fired tens of thousands of rounds into the compound.

The FBI, hoping to avoid a televised bloodbath, opened a dialogue with the protestors, promising to investigate the grievances of the protestors, especially the murders of Indians and the corrupt practices of Wilson and his cronies. In exchange, the protestors agreed to end the siege.

Means and Banks were indicted for their roles in the siege, but both were exonerated when a federal judge dismissed the case. Means, a Lakota, challenged Wilson for the position of tribal chairman, losing a tense and close election that was marred by arson, beatings, and murders attributed to Wilson’s followers. Wilson was finally replaced by a new chair in 1976, but tensions remained, especially after the murder of two undercover FBI agents in 1975. AIM member Leonard Peltier was convicted of the murders in 1977 and given two consecutive life sentences, but AIM maintained he was innocent of the crime.

Like the Black Power movement, the period of militant Indian activism proved highly controversial and largely unsuccessful. Certainly, AIM protests attracted a great deal of attention to American Indian causes, but when the cameras left, little of substance had changed. However, AIM did leave a lasting legacy. It helped give American Indians, so often ignored in national discourse, a voice albeit a polarizing one. Although some American Indians recoiled at its lawless and violent tactics, AIM caused others to rediscover their heritage and culture. AIM also wanted tribes to have more control over their government, education, and resources, and by the 1980s, many had made progress on that front, some even regaining federal recognition after having lost it during Termination. The activism of the 1970s led to less spectacular but much more far-reaching reforms in the 1980s and 1990s. Even so, many problems continue to afflict American Indians today.

1. The first high-profile American Indian protest of the twentieth century occurred at

2. One reason protestors chose to occupy Wounded Knee, South Dakota, was that

3. The goal of the Indian Patrol was

4. The federal policy that closed some American Indian reservations and opened the land to non-Indian companies in the twentieth century was

5. The catalyst for the big American Indian Movement siege in 1973 was

6. The goals of the American Indian Movement included

“We need not give another recitation of past complaints nor engage in redundant dialogue of discontent. Our conditions and their cause for being should perhaps be best known by those who have written the record of America’s action against Indian people. In 1832, Black Hawk correctly observed: ‘You know the cause of our making war. It is known to all white men. They ought to be ashamed of it.’ The government of the United States knows the reasons for our going to its capital city. Unfortunately, they don’t know how to greet us. We go because America has been only too ready to express shame, and suffer none from the expression – while remaining wholly unwilling to change to allow life for Indian people.”

1. The sentiments expressed in the excerpt are similar to those expressed by

2. The sentiments in the excerpt were most directly related to the

3. In the late twentieth century, the conflict between the American Indian Movement and the U.S. government was primarily driven by opposing views on

“Activists Call on Obama to Pardon Leonard Peltier, Warning He’ll Die in Prison Otherwise.” Interview with Martin Garbus, attorney for Leonard Peltier, on his denial of clemency by President Obama in January of 2017 for Democracy Now. https://www.democracynow.org/2017/1/18/activists_call_on_obama_to_pardon

“Marlon Brando’s Oscar® win for “The Godfather.” Sacheen Littlefeather speaks for Marlon Brando at the Oscars in 1973. https://www.youtube.com/watch?v=2QUacU0I4yU

Magnuson, Stew. Wounded Knee 1973: Still Bleeding: The American Indian Movement, the FBI, and the Fight to Bury the Sins of the Past.Sioux Falls, SD: Courtbridge Publishing, 2013.