In this case, the Supreme Court analyzed the constitutionality of a federal law banning the shipment across state lines of goods made in factories which employed children under the age of fourteen. In a decision overturned decades later, the Court held that Congress had overstepped its constitutional power in attempting to regulate the production of goods.

Directions: Have students read the introduction below, then review the resources above. Then have them answer the comprehension questions.

Introduction: Around the turn of the twentieth century in the US, it was not uncommon for children to work long hours in factories, mills and other industrial settings. Many families depended on the income earned by their children. Public concern about the effect this kind of work had on children began to rise. Advocates for child labor laws pointed out that children who worked such long hours (sometimes as much as sixty or seventy hours a week) were deprived of education, fresh air, and time to play. They also worried about the physical risks: children in factories had high accident rates. Some states passed laws restricting child labor, but these placed states with restrictions at an economic disadvantage.

In response to these concerns, Congress passed the Keating-Owen Act of 1916. This law forbade the shipment across state lines of goods made in factories which employed children under the age of 14, or children between 14 and 16 who worked more than eight hours a day, overnight, or more than six days/week. Congress claimed constitutional authority for this law because Article I, Section 8 gives it the power to regulate interstate commerce.

Roland Dagenhart of North Carolina worked at a textile mill with his two teenage sons. He believed the law was unconstitutional and sued, eventually taking his case to the Supreme Court. He made three constitutional arguments. First, he argued that the law was not a regulation of commerce. Secondly, he believed the Tenth Amendment left the power to make rules for child labor to the states. Finally, his liberty and property protected by the Fifth Amendment included the right to allow his children to work.

In Hammer v. Dagenhart, Court agreed with Dagenhart and struck down the Keating-Owen Act as unconstitutional. The Court held that while Congress has the power to regulate interstate commerce, “the manufacture of goods is not commerce.” Furthermore, the Court reasoned, the Tenth Amendment made clear that powers not delegated to the national government remained with the states or the people. The power “to regulate the hours of labor of children in factories and mines within the states, is a purely state authority.” The Court noted that all states had some restrictions on child labor already. Even if states with very restrictive child labor laws were at an economic disadvantage, Congress did not have the constitutional power to impose uniform rules for the country.

The ruling in this case was overturned in US v. Darby Lumber Company (1941) where the Court interpreted the Commerce Clause as giving Congress the power to regulate labor conditions. 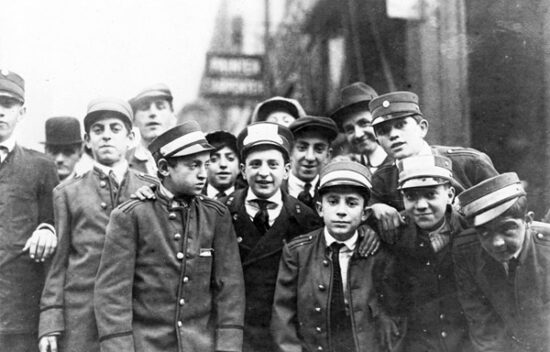 This eLesson reviews the important interstate commerce case of Hammer v. Dagenhart. Can the federal government ban the shipment of goods across state lines that were made by children?