This Landmark Supreme Court Cases and the Constitution focuses on the Civil Rights Movement case Edwards v. South Carolina (1963). South Carolina arrested one hundred eighty seven peaceful segregation protestors for creating a “breach of the peace.” The Supreme Court overturned their conviction, holding that the only reason they had been arrested was the expression of an unpopular viewpoint-expression protected by the First Amendment.

“I am proud to be a Negro” read one man’s sign. A woman carried another saying, “Down with segregation.” The protestors walked in groups of fifteen, single file or two-by-two, through the South Carolina state house grounds in groups of fifteen. Unhappy with the segregation laws in South Carolina, they wished to “protest to the citizens…[and] Legislative Bodies of South Carolina, our feelings and our dissatisfaction with the present condition of discriminatory actions against Negroes in general…”

Two- to three hundred people came to watch, making the crowd as large as 500 people. There was no violence, and no one made any threats of violence. Traffic was slowed but kept moving. Fearing disorder and violence, police told the protestors they had fifteen minutes to leave or be arrested. In response, the protestors refused to leave. They began singing patriotic and religious songs, clapping their hands, and stomping their feet. After fifteen minutes passed, the police arrested all 187 people and took them to jail. They were convicted of a “breach of the peace.”

The protestors believed their First Amendment rights had been violated. The First Amendment protects the “right of the people peaceably to assemble, and to petition the government for a redress of grievances.” South Carolina argued that the law against breach of the peace applied to the protest, and that officers only arrested them when they feared violence was imminent (about to happen). The case eventually went to the Supreme Court.

The Supreme Court ruled for the protestors and overturned their convictions. The Court held that South Carolina had violated the protestors’ First Amendment rights to peaceful expression, assembly, and petition. These rights applied to the states through the Fourteenth Amendment’s due Process Clause. The Court emphasized that the protest had been peaceful and law-abiding. “If…the petitioners had…violated a law regulating traffic, or had disobeyed a law reasonably limiting the periods during which the State House grounds were open to the public, this would be a different case.” Rather, they had been arrested and convicted for expressing unpopular views. The evidence “showed no more than that the opinions which they were peaceably expressing were sufficiently opposed to the views of the majority of the community to attract a crowd and necessitate police protection…. The Fourteenth Amendment does not permit a State to make criminal the peaceful expression of unpopular views.”

Have students select one quotation from the list below and write two or three paragraphs explaining how it illustrates the significance of the First Amendment. 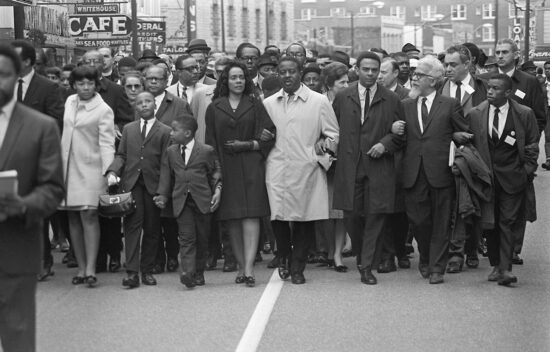