Bong Hits 4 Jesus. In 2002, 18-year-old Joseph Frederick stood across the street from his high school and unfurled a giant banner with this cryptic message on it as the Winter Olympics torch passed by. Principal Deborah Morse, believing the sign promoted drug use at what was a school event, grabbed the banner and suspended Frederick. Frederick sued, arguing that his principal had violated his First Amendment right to free speech. Morse argued that Frederick’s actions warranted actions since the school had a valid interest in preventing the promotion of drug use at a school event. The case reached the Supreme Court. It was up to the court to decide who was right. Was this a violation of student free speech or, or was it a school official taking an appropriate action to prevent promotion of drug use?

The Court makes its decisions based upon current laws and legal precedent, or decisions previously made on the issue in question. Even so, the Court’s rulings have real world impacts. In this case, would deciding for Morse dampen student freedom and voice? Would ruling for Frederick encourage students to take disruptive actions in school and at school activities?

When analyzing a Supreme Court case, it is important to not just consider the outcomes of a case, but also the validity of the constitutional reasoning that led the Court to make its decision. To make a sports analogy, consider Superbowl XLIX (2015), when the Seattle Seahawks played the New England Patriots. The Seahawks coach decided to try a pass play rather than a run play near the very end of the game in order to take the lead since he believed it had the best chance of scoring a touchdown. The Patriots intercepted the ball and won the game. The play call became infamous because the Seahawks had a very talented running back and many argued he had a much better chance of scoring through a run play than attempting a pass play. So, was the play call bad because it did not work out, or because it was truly just bad? Would it have still been a bad call if the pass play had led to a touchdown? How much should the outcome matter?

Let’s explore the ruling in Morse v. Frederick (2007) to consider if you believe the constitutional reasoning was inherently correct or incorrect and weigh that judgment with your political beliefs and whether you like or dislike the real-world outcome of the ruling.

Allow students time to read Handout A either aloud as a class, in small groups, or individually. As students read, they should fill out Handout B. After reading, give students time to answer and discuss the analysis questions. Engage in class discussion as time allows. 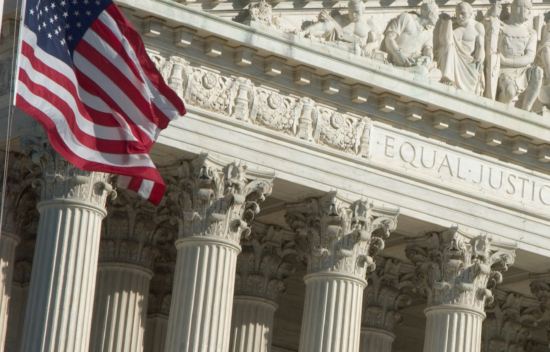