In 1731, Benjamin Banneker was born in Maryland as a free African American. Banneker learned to read and write from a young age and would later assist in mapping out city plans for Washington, D.C in 1791. Later in that year, Banneker sent an almanac he had published to Thomas Jefferson along with the letter below. 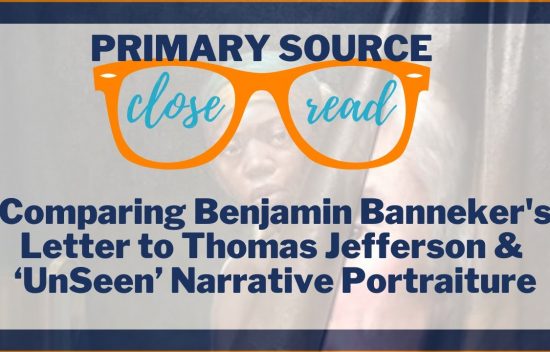 Even the most influential and prestigious among us aren’t without their faults, and Thomas Jefferson was no exception. In this Primary Close Read video, Kirk Higgins, Mary Patterson, and Elizabeth Evans compare Benjamin Banneker's letter to Thomas Jefferson and Titus Kaphar's interpretation of Thomas Jefferson's legacy in his painting "Behind the Myth of Benevolence." Why are these pieces important to our understanding of Jefferson? What do they tell us about the present moment in American history?