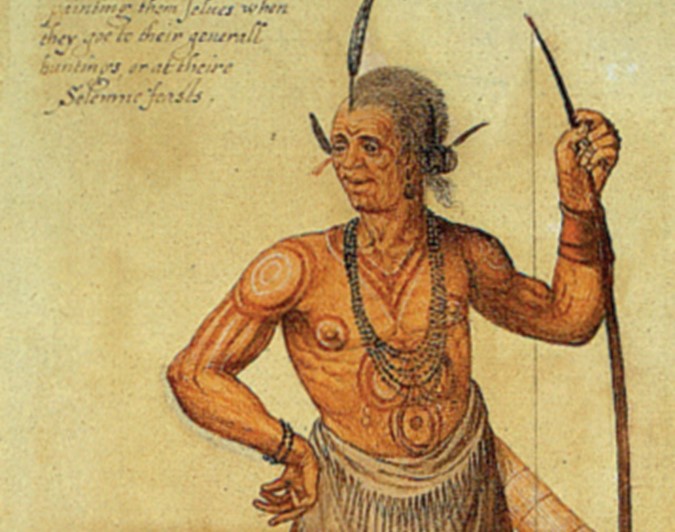 Tales of Spanish riches in the New World quickly spread throughout Europe. With the support of Queen Elizabeth I, English adventurer Sir Walter Raleigh wanted to establish a permanent North American settlement as a harbor for English privateers to prey upon Spanish galleons hauling riches back to Spain. Raleigh also hoped to discover gold and silver in his own right, to find a water passage through the New World on to the riches of India and China, and to Christianize the Native Americans. Raleigh sponsored several voyages to achieve this goal. John White was an English artist who accompanied one of these expeditions looking for a place to establish Raleigh’s colony. White’s voyage took him to Roanoke Island in present-day North Carolina in 1585. The group failed to establish a colony, but White produced many watercolor portraits of the Algonquian Indians he encountered during the year-long expedition. Two years later, Raleigh again attempted to establish a settlement at Roanoke Island. Raleigh’s colony had disappeared by 1590 and came to be known as the Lost Colony.