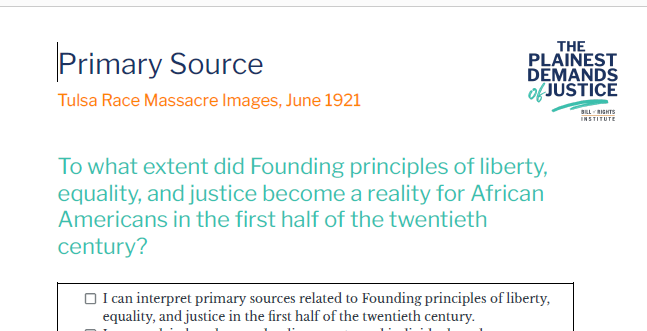 On May 31, 1921, police in Tulsa, Oklahoma, arrested a young Black man for allegedly assaulting a white woman in an elevator. A report in the local newspaper led to a confrontation between Black and white armed mobs at the jail where the young man, Dick Rowland, was being held. The spark of Rowland’s arrest led to an outburst of violence that resulted in the burning by whites of the Greenwood District, a wealthy Black American neighborhood of Tulsa known as “Black Wall Street.” Municipal and county authorities not only failed to calm or contain the violence but contributed to it, by providing weapons to white individuals and moving Black residents of Greenwood to holding centers. Upon entering the Greenwood District, armed whites stole, damaged, and destroyed property. The number of victims of the violence is still debated, but after it ended on June 1, the Greenwood District was effectively destroyed and its residents were homeless. The city did little to help them rebuild. The American Red Cross and private individuals helped Greenwood residents to recover after the disaster. 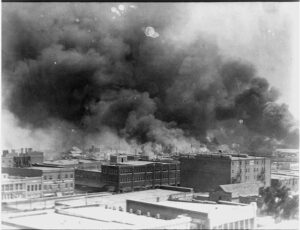 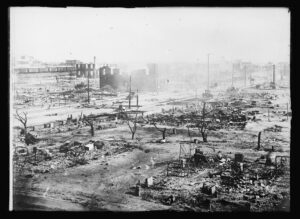 Ruins after the race riots, Tulsa, Oklahoma, by Unknown Artist, 1921