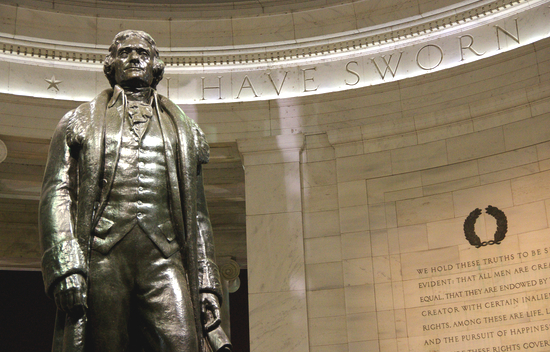 In the fall of 1789, Congress directed Secretary of the Treasury Alexander Hamilton to deliver a report on the new nation’s public finances and to propose a way of paying the debt to establish a solid footing for American credit. Hamilton’s report proposed for the federal government to assume all states’ debts and use federal tariffs (i.e., taxes on imports) and excise taxes to pay the debt gradually. Opposition to the plan was centered in the South, with members of Congress fearing Hamilton’s centralizing policies including taxes. Virginia, Maryland, and Georgia had already paid off most of their debts. They had little interest in now being on the hook for debts other states had failed to pay off. Meanwhile, representatives argued over placement of the permanent capital in different cities, including New York, Philadelphia, or Virginia. Secretary of State Thomas Jefferson recounts that he helped engineer a compromise by bringing together Hamilton and Representative James Madison to hammer out a compromise over dinner. The result was that Hamilton’s financial plan passed Congress and a permanent capital was established at Washington, DC, in 1800 after a temporary residence in Philadelphia. Jefferson’s account of “The Compromise of 1790” is found in the introduction to the “Anas” from February 4, 1818. The “Anas” was a compilation of Jefferson’s writings. The origins of this publication are still unclear.