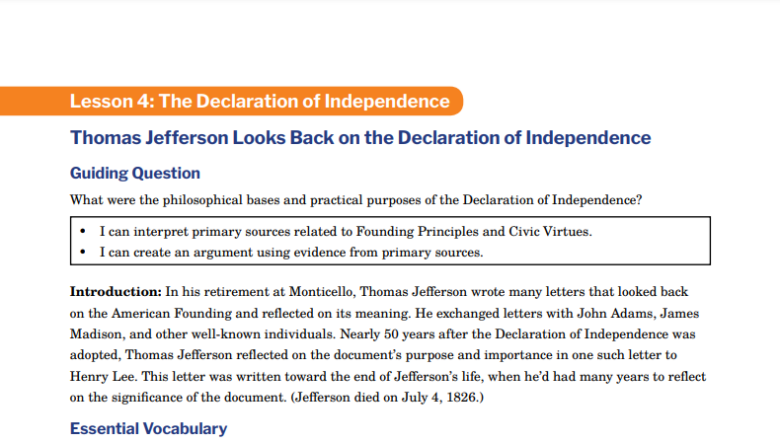 Thomas Jefferson Looks Back on the Declaration of Independence

Guiding Question: What were the philosophical bases and practical purposes of the Declaration of Independence?

Introduction: In his retirement at Monticello, Thomas Jefferson wrote many letters that looked back on the American Founding and reflected on its meaning. He exchanged letters with John Adams, James Madison, and other well-known individuals. Nearly 50 years after the Declaration of Independence was adopted, Thomas Jefferson reflected on the document’s purpose and importance in one such letter to Henry Lee. This letter was written toward the end of Jefferson’s life, when he’d had many years to reflect on the significance of the document. (Jefferson died on July 4, 1826.)

[W]ith respect to our rights, and the acts of the British government contravening [violating] those rights, there was but one opinion on this side of the water. All American whigs [opponents of British tyranny] thought alike on these subjects.

When forced therefore to resort to arms for redress [to set right], an appeal to the tribunal [court] of the world was deemed proper for our justification. This was the object of the Declaration of Independence. Not to find out new principles, or new arguments, never before thought of, not merely to say things which had never been said before; but to place before mankind the common sense of the subject; [. . .] terms so plain and firm as to command their assent [agreement], and to justify ourselves in the independent stand we [. . .] compelled to take. Neither aiming at originality of principle or sentiment, nor yet copied from any particular and previous writing, it was intended to be an expression of the american mind, and to give to that expression the proper tone and spirit called for by the occasion. All it’s authority rests then on the harmonising sentiments of the day, whether expressed, in conversns [conversations], in letters, printed essays or in the elementary books of public right, as Aristotle, Cicero, Locke, Sidney Etc. 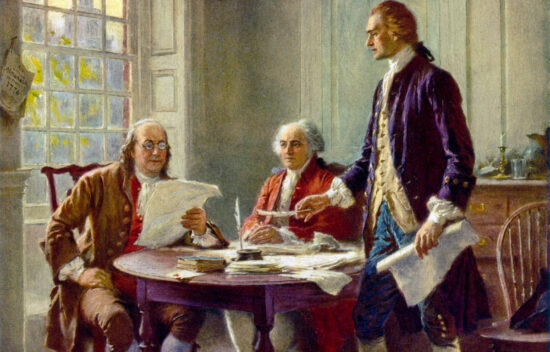 Background Essay: The Declaration of Independence 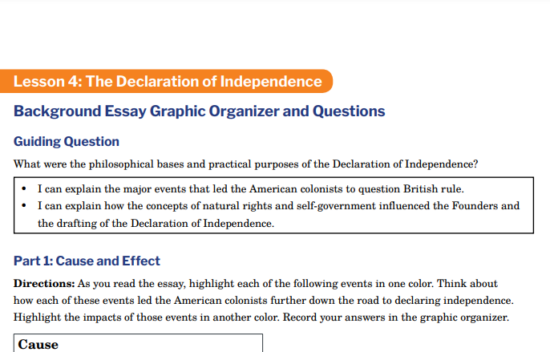 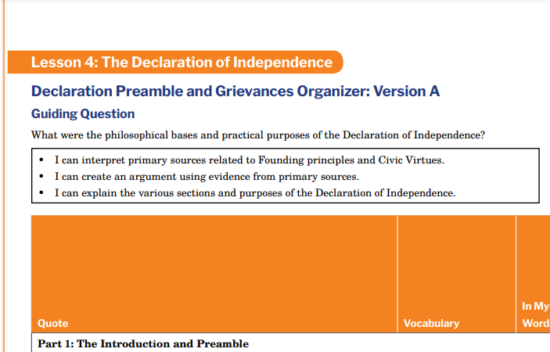