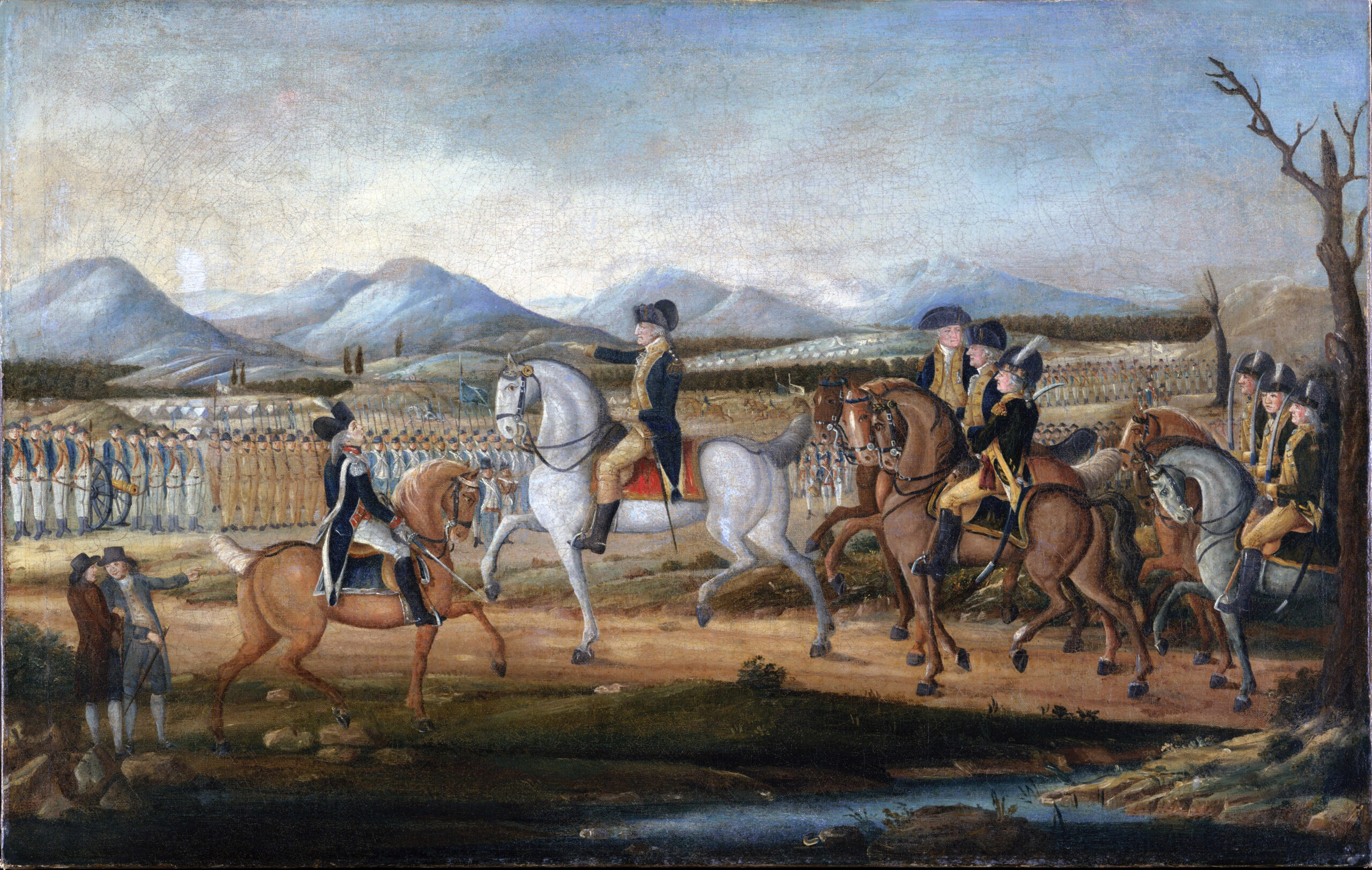 Was the Whiskey Rebellion a justified revolt by farmers who opposed taxation or did the Washington administration act appropriately to enforce constitutional rule of law?

Read the two arguments in response to the question above, paying close attention to the supporting evidence and reasoning used for each. Then, complete the comparison questions that follow. Note that the arguments in this essay are not the personal views of the scholars but are illustrative of larger historical debates.

The Whiskey Rebellion was a justified revolt by farmers who felt oppressed. They believed the taxes imposed resembled those collected by the British Parliament, which had been a major factor in instigating the American Revolutionary War. In resisting the tax, the whiskey rebels tapped into a long history of tax protest against central authority. The Washington administration’s display of force was excessive and the presidential pardons that followed gave credit to the suffering that the whiskey rebels had endured. After the uprising had been put down without confrontation, Thomas Jefferson observed that “an insurrection was announced and proclaimed and armed against, and marched against . . . but could never be found.”

The dispute that would result in the Whiskey Rebellion originated when Alexander Hamilton proposed an excise tax on whiskey in 1790 as part of his program to repay debts incurred during the Revolutionary War. Hamilton proposed that a tariff on imported goods would provide the vast majority of federal revenues, but he believed excises could allow the loans to be paid back more quickly. An excise tax is a tax on manufacturers collected when a good is produced. In the eighteenth century, policymakers preferred tariffs to excises because a tariff conceals the tax in the price of an imported good. The farmers did not want to pay an excise tax because they felt it unfairly raised the cost of their goods.

Congress rejected Hamilton’s excise proposal at first but adopted it the next year. Opposition to the tax on spirits was immediate in the western part of the country and the protests intensified against the tax on whiskey with each passing year. Excises had been a preferred avenue of taxation under British rule starting in the 1760s, and the excise had always been unpopular in the United States. Moreover, the new taxes had a disproportionate effect on Americans along the frontier, and these taxpayers were among the poorest and least able to contribute to the federal treasury. Western Pennsylvanians depended on whiskey distilling for their livelihoods. Whiskey even served as a form of currency when locals traded with one another. Perhaps most importantly, the state government in Pennsylvania already taxed whiskey distillers. The federal excise duplicated the efforts of state officials, effectively doubling the tax burden on western farmers. Congress appeared to be singling out a particular region and discriminating against a particular industry to raise revenues. The whiskey rebels wondered why they should have to feel the brunt of federal taxation when other tradesmen appeared exempt. The rebels in western Pennsylvania felt aggrieved because voters in the state elected their representatives “at large” for the state until 1795, meaning that western Pennsylvania did not have representatives and understood they were being taxed without their consent.

In 1794, Congress enacted additional excises on snuff, sugar, and carriages that escalated the tax protests. The Washington administration had tolerated the tax resisters initially but responded harshly to this new wave of opposition. The whiskey rebels used many of the same tactics that had been used in tax protests during the American Revolutionary War. They tarred and feathered tax collectors, sent petitions to their elected officials, organized meetings to coordinate resistance efforts, and boycotted and shunned those who supported the new tax. The Washington administration recognized that this resistance challenged the legitimacy of the federal government. Shays’ Rebellion had exposed the internal weaknesses of the Articles of Confederation and the Federalists were determined to maintain the supremacy of the new federal government. If the whiskey rebels succeeded, it might make taxes difficult to collect in the future. The radicalism of the French Revolution additionally highlighted the dangers of popular uprisings. The rebels produced mock guillotines and some even discussed seizing a federal garrison in Pittsburgh. Contemporary observers believed the rebels intended to overthrow the government. Given that many of the protests occurred not far from Philadelphia, the nation’s capital, the rebels’ radicalism was alarming.

After an unsuccessful series of negotiations with the tax protestors, Washington and Hamilton dusted off their military uniforms and marshalled nearly thirteen thousand militiamen to suppress the rebellion. The army was larger than any Washington had ever directed, and the incident presents the first and only time a sitting president has commanded soldiers personally. Notice of the army’s movements spread quickly and the rebellion was quashed without violence. Although several of the organizers were tried for treason, Washington pardoned each of them. Washington was one of the largest whiskey distillers in the country at that time.

In the early 1790s, with the adoption of the new Constitution and the elevation of the most trusted figure in the country, George Washington, to the presidency, Americans were optimistic. Yet many of the fundamental problems the nation faced continued. Among these ongoing issues was the need to put the United States on a firm financial footing. The new nation faced not only the task of paying back Revolutionary War debts owed to its own citizens and foreign countries but also the need to stabilize and grow the economy for the long term. Both projects demanded raising taxes for revenue to reduce the national debt. The future of the United States depended on the strong credit of the new government. It also depended on the constitutional supremacy of the federal government and congressional laws, which rested on a shakier foundation than it might seem from our modern vantage point.

To raise revenue, Alexander Hamilton, Washington’s secretary of the treasury, suggested a tax on alcoholic spirits distilled in the United States, which included New England rum and frontier whiskey. Whiskey was produced by farmers mostly to drink and partly as a way to process relatively heavy and inexpensive corn and wheat into liquor, which was easier to ship and could be used as currency on the frontier. Western farmers, especially those in Pennsylvania, viewed the proposed tax as a threat to their livelihood. Thomas Jefferson and others tried to warn Washington that this tax would generate backlash, but Congress understood it to be a sound way to raise revenue beyond tariffs (taxes on imports) and passed it in 1791. Washington signed the bill into law because Article I, Section 8 of the Constitution permitted Congress to raise revenue with excise taxes on goods.

President Washington initially responded to the resulting furor with mild displeasure but allowed protestors to protest peacefully. However, violence against tax collectors grew increasingly more threatening through 1794. Worse, those protests were spreading outside the core area of western Pennsylvania and across the entire Appalachian frontier, such that North Carolinians and Kentuckians were also refusing the pay the tax. Some of the protestors used Revolution-era methods of intimidation and terror such as tarring and feathering tax collectors and government agents trying to serve legal warrants against those who had committed violent acts. These crowds targeted tax collectors and also those who spoke out supporting the legality of the tax or even the illegality of closing the courts by force. Washington was also greatly concerned because of the precedent of Shays’ Rebellion, which had demonstrated the weakness of the Articles of Confederation in 1786 and 1787, and suggested the government was unable to enforce the law.

Frontier farmers continued to protest, and those protests turned violent by 1794. In the summer of 1794, protestors burned the home of a tax collector and then fired on a federal marshal, killing his young nephew. More than seven thousand emboldened protesters occupied what is today Pittsburgh. They threatened local civilians, threatened to take over the federal armory where guns and gunpowder were stored, and even began to talk of seizing Fort Pitt itself. Persistent rumors reached the federal government that protest leaders were negotiating with Great Britain and Spain for recognition as an independent nation.

President George Washington had a constitutional responsibility to enforce the law as the nation’s chief executive. He had no choice except to respond to the provocation of violence and the challenge to federal authority. Washington nationalized militiamen from several states and marched toward Pittsburgh and the assembled rebels with an army just shy of thirteen thousand men—or, to put it into perspective, almost as many men as he led at any one time as a general during the American Revolutionary War.

Washington hoped the show of force would cause the protesting farmers to break up and go home. To that end, he officially warned civilians not to give the rebels aid, which also served as a general warning to disperse. This merciful tactic worked. When Washington’s forces approached the epicenter of the protesters in Pittsburgh, they had dispersed. The militia then apprehended some 150 men and had them tried for treason against the new United States to enforce the rule of law. In the end, mercy prevailed and only two were found guilty of treason. President Washington then used his presidential power to pardon the condemned men.

President Washington protected the nation from the first direct challenge to the authority of the federal government. Going forward, it was clear: The federal government had a binding constitutional authority on the people in certain areas. The Congress during the Jefferson administration rapidly paid down its debts and repealed the hated whiskey tax in 1802.

Albert Gallatin, “Petition against the Excise Tax By Inhabitants of Western Pennsylvania,” 1792: http://explorepahistory.com/odocument.php?docId=1-4-16D

Berkin, Carol. A Sovereign People: The Crises of the 1790s and the Birth of American Nationalism. New York: Basic Books, 2017.