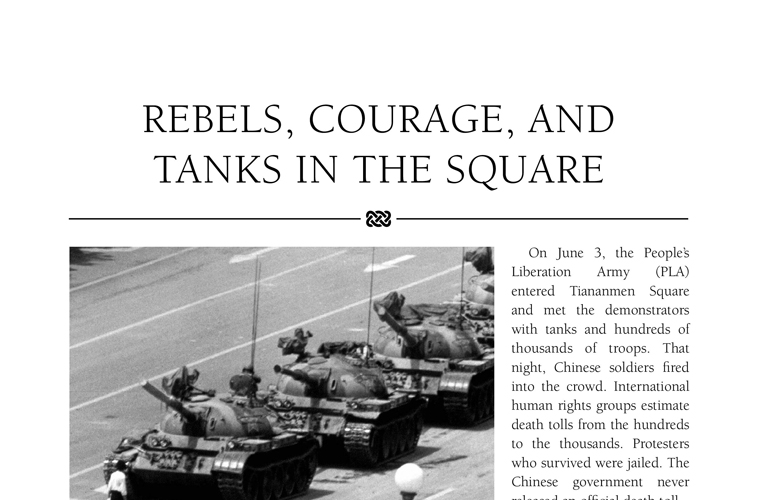 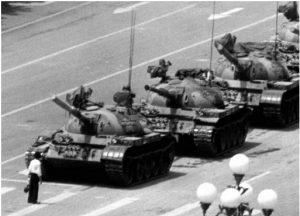 In April 1989, China—and the rest of the world —saw the beginning of a six-week demonstration. Protestors demanded freedom of speech and press, and greater accountability in the Communist
Chinese government. Their demonstration gained momentum as the government initially appeared to concede to some of the demands.

In late May, however, Communist party leaders declared martial law. As President Yang Shangkun
insisted, “The Martial Law Command must make it quite clear to all units that they are to open fire only as a last resort. And let me repeat: No bloodshed within Tiananmen Square—period.” Yang was China’s president and a confidante of the powerful chair of the Central Military Commission, Deng Xiaoping. Deng appears to have taken a more hardline stance than Yang.

On June 3, the People’s Liberation Army (PLA) entered Tiananmen Square and met the demonstrators with tanks and hundreds of thousands of troops. That night, Chinese soldiers fired into the crowd. International human rights groups estimate death tolls from the hundreds to the thousands. Protesters who survived were jailed. The Chinese government never released an official death toll.

On June 5, one day after the violent crackdown, a man temporarily stopped a line of tanks headed for the Square. When the leading tank tried to go around him, the man repeatedly stepped into its path. He then climbed onto the tank and seemed to speak to someone inside. After climbing down from the tank and again standing in its way, the man was pulled away by two people. Eyewitnesses disagree as to whether the two were government agents or concerned civilians. No one seems to know what happened to the man. Some say he is hiding somewhere in mainland China; others say he was shot by a firing squad weeks later. All film and images of the events had to be smuggled out of China, where censorship is the norm.

Almost a decade later, Time magazine included the “unknown rebel” as one of its “Most Important People of the Century.”