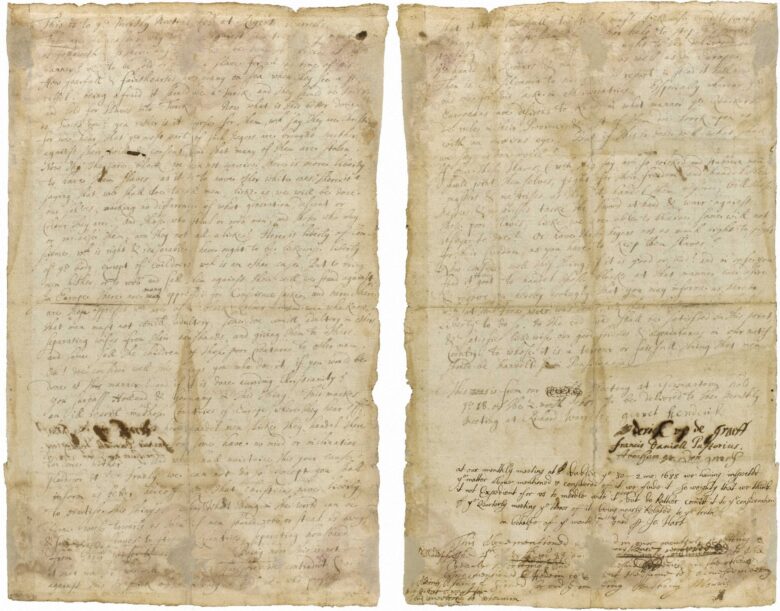 As early as 1688, the Religious Society of Friends, or Quakers, recorded their opposition to slavery in the form of a petition (see Germantown Friends’ Antislavery Petition, 1688 in chapter 2). Nearly a century after the Quakers in Germantown had advocated abolition, Quakers meeting in Philadelphia crafted another antislavery petition, this time with 534 signatures. In 1783, they presented their “Address to the United States in Congress Assembled.” Antislavery sentiment was gaining strength in northern states; a 1780 Pennsylvania law made that state the first to implement a plan of gradual abolition, and in 1783, slavery was abolished outright in Massachusetts by court decision. Slavery was still legal in all other states, though its direct impact on the northern economy was dwindling. The Quakers knew their petition would face stiff opposition in Congress. The Revolutionary War ended in 1781, and the foreign slave trade, suspended during the war, resumed. That same year saw the ratification of the Articles of Confederation, which created a “firm league of friendship,” not a strong national government. The Confederation Congress had no power over state governments or their individual citizens.