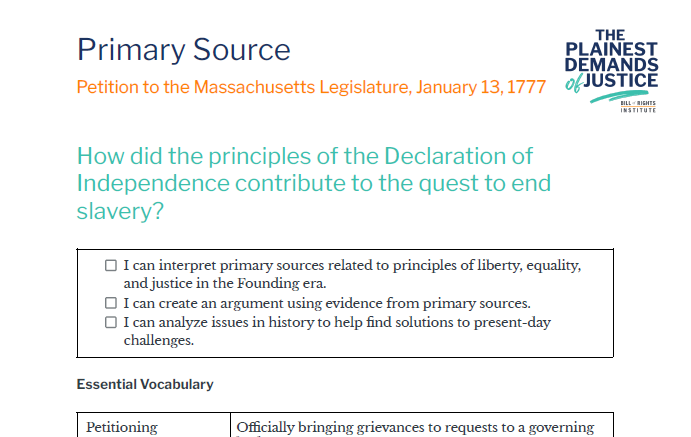 Petitioning, or officially bringing grievances or requests to a governing body, was a longstanding tradition in Great Britain that carried over to the North American colonies. The colonists repeatedly petitioned king and Parliament for their constitutional and natural rights during the 1760s and 1770s. Enslaved persons followed the example and petitioned legislatures for their freedom. In 1777, Prince Hall and seven other black men brought their own petition to the Massachusetts Council and the House of Representatives.

Petition to the Massachusetts Legislature, January 13, 1777

To the Honorable Counsel & House of Representatives for the State of Massachusetts Bay in General Court assembled, January 13, 1777: