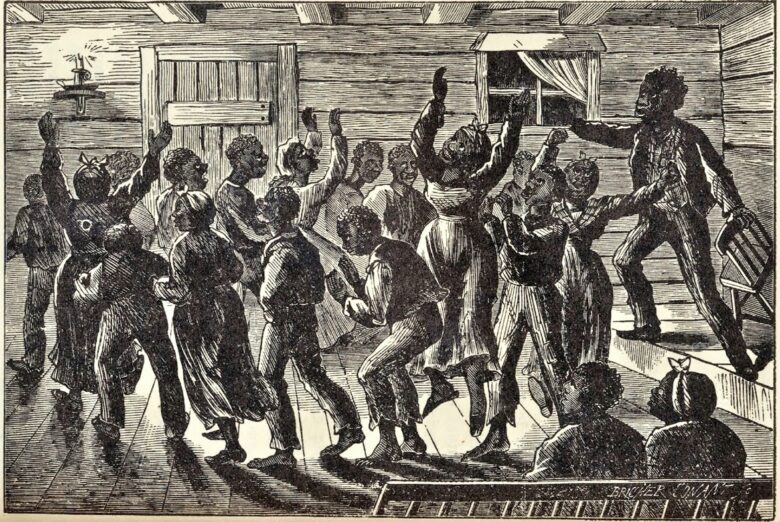 In his 1845 autobiography, Frederick Douglass wrote the following about the songs enslaved men and women sang:

I have sometimes thought that the mere hearing of those songs would do more to impress some minds with the horrible character of slavery, than the reading of whole volumes of philosophy on the subject could do… To those songs I trace my first glimmering conception of the dehumanizing character of slavery… Those songs still follow me, to deepen my hatred of slavery, and quicken my sympathies for my brethren in bonds…

The popularization of these songs—now known as Negro spirituals—began after the Civil War, thanks in large part to the touring of the Fisk Jubilee Singers. Fisk University was established in 1866 in Nashville, Tennessee, to educate freed slaves. The Jubilee Singers were created by Fisk treasurer and music professor George White to earn money for the university. The group began touring in 1871, and their talent not only earned much needed funds for the university but also critical praise and international acclaim. The Fisk Jubilee Singers remain a prestigious a cappella group to this day and continue the tradition of singing Negro spirituals around the world.

Because these songs were sung and not initially written down, variations occur in the lyrics. Biblical imagery, particularly of the enslavement of the Hebrew people in Egypt and the role of Moses in freeing them, figure prominently. Modern artists continue to offer their own versions of these spirituals in the present day.

Source A: Wade in the Water

Source B: There Is a Balm in Gilead

I have often been utterly astonished, since I came to the north, to find persons who could speak of the singing, among slaves, as evidence of their contentment and happiness. It is impossible to conceive of a greater mistake. Slaves sing most when they are most unhappy. The songs of the slave represent the sorrows of his heart; and he is relieved by them, only as an aching heart is relieved by its tears….

Source A: “Wade in the Water”

Source B: “There Is a Balm in Gilead”