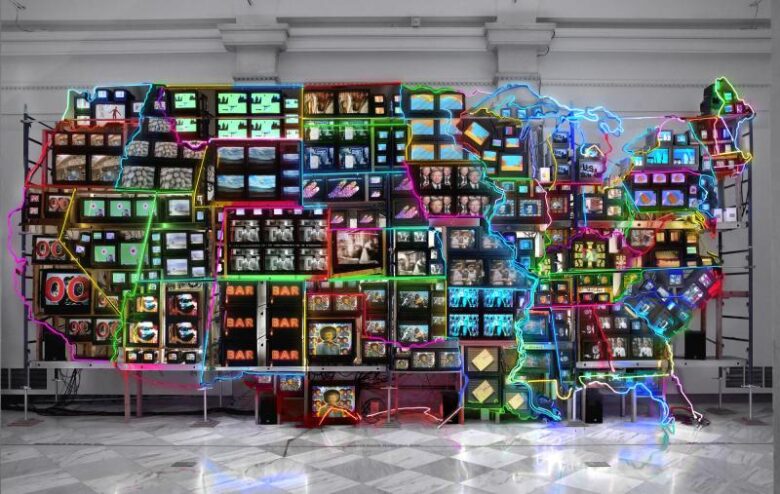 The National Defense Highway Act, signed into law by President Eisenhower in June 1956, was the largest public works project in U.S. history. As a young soldier in 1919, Dwight Eisenhower toured the nation to test its roads for the U.S. Army. The poor conditions he witnessed during his travel coupled with his exposure to the German autobahn during World War II strengthened his belief that the United States needed an efficient, stable, national highway system. He became further resolved in his opinion when the Cold War began at the end of World War II. The threat of an attack by the Soviet Union made military transportation and civilian evacuation routes from cities even more essential. This new highway system helped connect the nation by making travel and the movement of economic goods faster and more accessible for Americans.

Korean American artist Nam Paik came to the United States in 1964, when the interstate highway system was only nine years old. The highway system inspired his 1995 installation entitled Electronic Superhighway: Continental U.S., Alaska, Hawaii. In this work, Pak placed 336 televisions together behind neon tubing shaped into the outline of the United States. Each TV played video footage that had a cultural link with the state in front of it. For example, Kansas had televisions showing footage from the Wizard of Oz. Look carefully at the art for several minutes before answering the questions that follow.