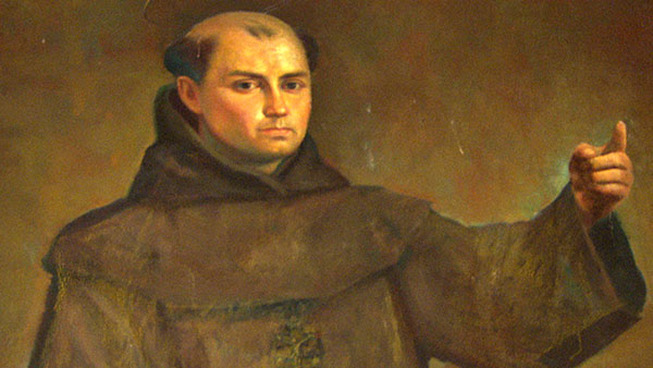 Junípero Serra was born in 1713 on the island of Majorca, located off the coast of Spain. In 1737, Serra was ordained a priest in the Franciscan Order, and, at the age of thirty-five, he left for the New World with a group of fellow Franciscans to work as missionaries in New Spain (now Mexico). While he was there, the Spanish began expanding northward into what is today the U.S. state of California. They hoped to expand their region of influence and prevent Russia and Great Britain from making any claims to the land first. Additionally, Spain hoped to Christianize the native population in order to save souls and establish cultural connections. Serra, who had only interacted with Native Americans who were already converted to Catholicism, jumped at the opportunity to proselytize to native people who had never encountered missionaries before. During his nearly four-month trip from Baja California to San Diego in 1769, Serra kept a diary of his experiences.

The natives are capable of Morality or Goodness and very apt to receive the principles of Catholic Religion; nor are they averse to Civility and good Manners . . . I myself have heard the Spaniards themselves (who dare not assume the Confidence to deny the good Nature in them) declare, that there was nothing wanting in them for the acquisition of eternal grace, but the sole Knowledge and Understanding of the Deity. . . .

The Spaniards first assaulted the innocent Sheep, so qualified by the Almighty, like most cruel tigers, wolves, and lions, hunger-starved, studying nothing, for the space of Forty Years, after their first landing, but the Massacre of these Wretches, whom they have so inhumanely and barbarously butchered and harassed with several kinds of Torments, never before known, or heard (of which you shall have some account in the following Discourse) that of Three Millions of Persons, which lived in Hispaniola itself, there is at present but the inconsiderable remnant of scarce Three Hundred.