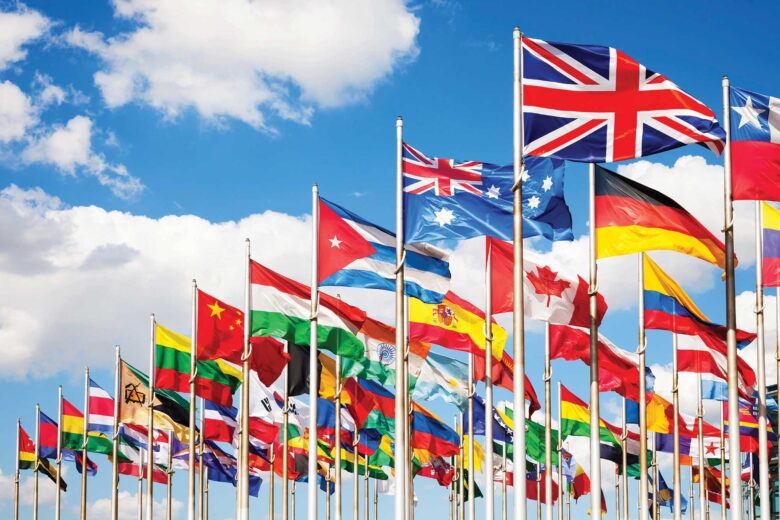 Should the United States continue to exercise its power to act as the most powerful nation on earth to be a stabilizing force on the world stage? Or has the United States overexerted its influence and needs to look to international bodies to take more of a role?

In 1991, the Soviet Union collapsed only two years after the fall of communism in Eastern Europe, and the world changed dramatically. The 50-year Cold War struggle between the world’s two superpowers ended peacefully. American policymakers had to decide what principles would guide U.S. foreign policy and how to exercise its power when faced with the new global paradigm.

For a short time after the end of the Cold War, the United States became a global hegemon, its political, economic, and military power unchallenged. Its dismantling of Saddam Hussein’s Iraqi military to reverse the 1991 invasion of Kuwait demonstrated the might of the American war machine. America’s economic power was even more formidable. The United States used its various forms of power to create a liberal democratic world order in the post–Cold War world. In the words of Andrew Bacevich, America’s “ultimate objective is the creation of an open and integrated international order based on principles of democratic capitalism, with the United States as the ultimate guarantor of order and enforcer of norms.” This new world order of American power in support of global capitalism and political stability led to tremendous advancements. For example, even the surviving communist nations, like China, increasingly turned toward capitalism. By the late 1990s, the world’s countries had tethered their economies together. This resulted in global economic prosperity, raising almost a billion previously poor people out of poverty, 400 million in China alone. Indeed, the percentage of the world’s population living on less than a dollar a day declined from 40 percent in 1981 to 18 percent by 2004.

A funny thing happened with this world the United States had created—something that American policy makers did not necessarily anticipate. As nations grew wealthier, they also became more assertive and independent of the United States and U.S.-supported institutions like the World Bank. Rather than a world of two powers competing for influence, or a lone superpower dictating terms to other nations, it appears the future may be a world of multiple nations working together to solve global problems, or perhaps fearful nations will wall themselves off from one another and pursue their own interests. In either scenario, it is vital that the United States remain a major player on the international stage.

The 2008 financial crisis nearly brought down the global economy, and, more particularly, the U.S. economy. Only massive government intervention and an influx of cash from nations like China avoided a total financial collapse. The crisis demonstrated that the United States was not unassailable and that it needed the global economy. For example, Chinese investors have poured trillions into American treasury bonds. The United States welcomed this foreign investment because it allowed the federal government to lower taxes while also financing a variety of programs. China, by 2008, held more than $2 trillion in treasury bonds. Hundreds of billions of dollars in trade between the two powerful nations is just one example of the interdependent world in which the United States and other countries now operate.

Although it is clear that the United States increasingly needs the world, it is also true that the world needs the United States. The global economy depends on the United States, and American dollars remain the world’s most trusted currency. In terms of diplomacy, the United States has led in promoting and protecting democracy around the world. A belief in democracy undergirded America’s entry into World War II, stymied the spread of communism, and resists terrorist groups like the Islamic State in Iraq and Syria (ISIS). Although America’s interventions have not always been well planned or successful, the overall trend has been in favor of allowing the peoples of the world to embrace democracy. This vision helped create modern democracies in Japan, Germany, and South Korea, to name a few, and American military power has long protected these and other nations. The world will continue to need the support of the United States to face challenges, including terrorism, global pandemics, and even climate change.

Unfortunately, and perhaps not unexpectedly, many nations seem to be turning away from globalization, embracing a narrowly defined nationalism. Indeed, populist, antiglobalization movements in Brazil, the Philippines, Hungary, Great Britain, and the United States have swept the planet in recent years. Some of this is attributable to a belief that global prosperity has not benefited the masses as much as it has a small number of wealthy elites. In particular, workers in countries who have lost jobs to global competitors have felt left behind. Such sentiments found expression in Donald Trump’s surprising win in the 2016 U.S. presidential election and the British exit from the European union, popularly known as “Brexit.” It is tempting to see such movements as a rejection of the global status quo, and certainly they are reflective of dissatisfaction with the globalization, but an increasingly integrated world makes isolation impossible, and the United States must continue to be a leader on the world stage.

The global threat landscape is not the same as it was during the Cold War, when two nuclear superpowers squared off, let alone in the wake of the World Wars, which devastated once-powerful nations. We now live in a multipolar environment and the sources of the threats are diverse and include Islamist terrorists, rogue nations, and revanchist nuclear superpowers. They threaten the global economy and the security of all nations, not merely the United States.

After World War II and postwar conflicts around the globe, weak and dependent nations rapidly developed into strong and able ones. For example, after the Korean War in the early 1950s, South Korea was devastated by war and was a poor nation in the 1950s with an agrarian-based economy after the Korean War. However, with hard work and assistance from the International Monetary Fund, it is now a rich democracy. Japan recovered from its World War II destruction and catapulted to rapid technological growth and the world’s second largest economy in the 1980s. And although some European countries are laboring to find their economic footing after the stranglehold of communist rule, their futures as prosperous democracies look bright, and the economy of the European Union is comparable to that of the U.S. economy. And all these now peaceful and prosperous nations, although perhaps different culturally, have far more in common than not. Relative peace and reform have caused prosperity to reign and have had the effect of muting the ideologies that inspired nations to war and weakness in the past.

Although the sources of aggression and threats to the global community have changed, and many other nations have the means to help mitigate the shared dangers, the United States continues to exert itself exhaustingly across the globe and to overextend its influence. It polices international waters, deters shared adversaries, and fights endless wars against terrorist organizations.

It is time for the United States to adapt and assume a more reserved role, one of parity among the community of nations. The United States should cede power, influence, and adjudicating authority to other nations and international bodies such as the United Nations and the International Criminal Court and allow nations the opportunity to defend themselves and their interests.

The cost of America’s overextension is most evident in two ways. One is in the way and amount the United States spends on military programs. The United States spends approximately $700 billion each year on the Department of Defense. This is approximately 4 percent of the nation’s gross domestic product, which is more than twice what North Atlantic Treaty Organization (NATO) countries have committed, and few have reached, which would contribute to collective security. The reason this number is so high is because the United States insists on having far more commitments, including assurance of allies who have eschewed large militaries and nuclear weapons, choosing to rely on U.S. security guarantees.

The second way America’s overextension is most evident is in the numbers of and reasons for overseas deployments. Although current overseas deployments are at their lowest since the late 1950s, they remain astonishingly high. There are more than 200,000 members of the U.S. military deployed overseas in more than 150 nations, and the number was significantly higher during the wars in Iraq and Afghanistan after 2001.

Although many prospering nations appreciate the protection of the global commons and continued deterrence of multiple adversaries that the U.S. military provides, nations receive this benefit subsidized on the back of America’s military and the American citizenry in the form of U.S. taxes and national debt, and on that of the U.S. military in the form of extended separation from loved ones due to lengthy overseas deployments and far too many lives lost at war.

If the United States scales back, assumes a more modest role in the world, dedicates its resources and military to causes that more directly and immediately effect the American homeland itself, other nations, alliances, and international bodies will contribute more to mitigate the threats. When President Trump credibly threatened NATO countries with punishment for failing to contribute to collective security, those countries did increase their military funding commitments in 2018. The same could be said for South Korea in early 2019. One could also point to the United States scaling down its efforts to counter the Islamic State after the U.S. coalition’s victory over the so-called caliphate in Syria. Now, 79 nations have formed the Global Coalition to Defeat ISIS to keep ISIS from reforming the caliphate once the United States assumes a more reasonable role.

In addition, the International Criminal Court was created in 2002 to prosecute war criminals, such as those responsible for genocide. The United States does not need to be the world’s policeman when that job already exists for this entity that also has the advantage of impartiality. The United Nations has repeatedly and effectively punished rogue regimes and war criminals for violations of international norms. It has powerfully condemned nations such as Syria when the Assad government used illegal chemical weapons, and it has passed sanctions against the world’s bad actors, including the North Korean regime for its illicit nuclear missile program. When international bodies and coalitions speak with one voice, it carries far more credibility and effectiveness than a single voice representing only that of the American government. It is time for the United States to recognize this and shift to a more reasonable place in the world. Such a shift makes much more sense for global stability and American security and economic interests in the twenty-first century.

Kagan, Robert. Of Paradise and Power: American and Europe in the New World Order. New York: Alfred A. Knopf, 2003.