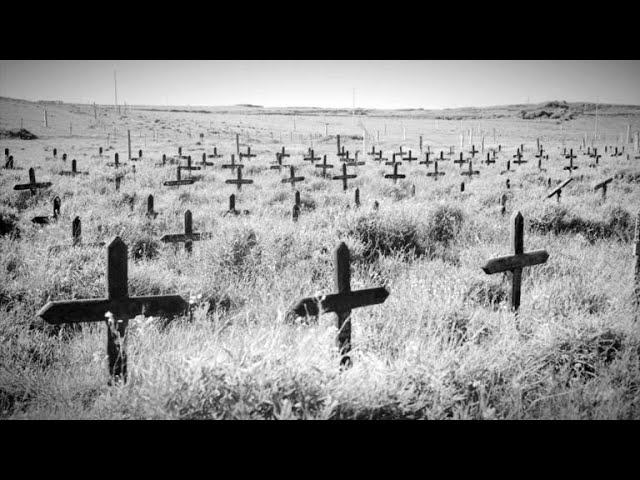 Approximately one year after the D-Day invasion of Normandy, the Allied armies began to converge on Germany. In the spring of 1945, the American army got its first glimpse of the Nazi concentration camp system. Patton’s Third Army liberated Ohrdruf, a satellite of the much larger Buchenwald camp, on April 4, 1945. Buchenwald itself was liberated on April 11. Patton was so overwhelmed by the horror that he asked General Eisenhower to come to the camp and bear witness personally. American leaders had been aware of the concentration camps but did not realize the extent or horror of them. On April 12, Eisenhower viewed Ohrdruf with Patton and saw the indisputable evidence of Nazi brutality that would come to be known as the Holocaust, defined by the United States Holocaust Memorial Museum as “the systematic, bureaucratic, state-sponsored persecution and murder of six million Jewish men, women, and children by the Nazi regime and its collaborators.” Eisenhower subsequently requested a congressional mission with accompanying press to view the concentration camp system and document the horrors there. Later that month, 12 congressmen and six newspaper and magazine editors and publishers made the trip, and all were horrified by what they saw. After returning to the United States, many on the committee contributed to the efforts to bring to justice those responsible for the Holocaust and to reeducate and rebuild Germany. The following images are taken from these visits. Note that the photographs contain disturbing images.

Figure 1: General Eisenhower fourth from the left views the charred bodies of prisoners at Ohrdruf April 12, 1945.

We continue to uncover German concentration camps for political prisoners in which conditions of indescribable horror prevail. From Eisenhower to General Marshall for eyes only. I have visited one of these myself and I assure you that whatever has been printed on them to date has been understatement. If you would see any advantage in asking about a dozen leaders of congress and a dozen prominent editors to make a short visit to this theater in a couple of [redacted], I will arrange to have them conducted to one of these places where the evidence of bestiality and cruelty is so overpowering as to leave no doubt in their minds about the normal practices of the Germans in these camps. I am hopeful that some British individuals in similar categories will visit the northern area to witness similar evidence of atrocity.