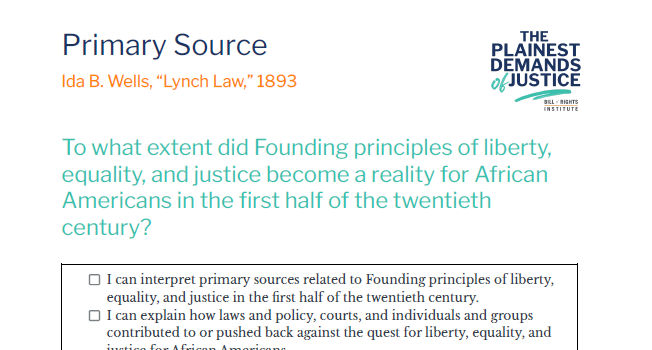 Ida B. Wells was a journalist in Memphis, Tennessee, and later Chicago, who published accounts of the horrors of lynchings and launched a crusade against the deadly violence perpetrated against Black Americans. Born in 1862 to enslaved parents, Wells worked her way through Rust College and then promoted civil rights as a teacher, writer, journalist, and speaker. She was an important civil rights activist throughout her life. Wells exposed the hypocrisy of lynching in the following excerpt, taken from The Reason Why the Colored American Is Not in the World’s Columbian Exposition, a pamphlet published in 1893 for the Chicago World’s Fair. Many African Americans were denied participation in this event, and Wells, Frederick Douglass, and other Black leaders published the pamphlet to explain why African Americans had “no part nor lot in the Exposition.”

‘Lynch Law’ has . . . been the name given to the summary infliction of punishment by private and unauthorized citizens. This law continues in force to-day in some of the oldest states of the Union, where courts of justice have long been established, whose laws are executed by white Americans. It flourishes most largely in the states which foster the convict lease system [leasing prisoners as a source of cheap labor], and is brought to bear mainly, against the Negro. The first fifteen years of his freedom he was murdered by masked mobs for trying to vote.

Public opinion having made lynching for that cause unpopular, a new reason is given to justify the murders of the past 15 years. The Negro was first charged with attempting to rule white people, and hundreds were murdered on that pretended supposition. He is now charged with assaulting or attempting to assault white women. This charge, as false as it is foul, robs us of the sympathy of the world and is blasting the race’s good name.

The men who make these charges encourage or lead the mobs which do the lynching. They belong to the race which holds Negro life cheap, which owns the telegraph wires, newspapers, and all other communication with the outside world. They write the reports which justify lynching by painting the Negro as black as possible, and those reports are accepted by the press associations and the world without question or investigation. The mob spirit had increased with alarming frequency and violence. Over a thousand black men, women and children have been thus sacrificed the past ten years. Masks have long since been thrown aside and the lynchings of the present day take place in broad daylight. The sheriffs, police, and state officials stand by and see the work done well. The coroner’s jury is often formed among those who took part in the lynching and a verdict, “Death at the hands of parties unknown to the jury” is rendered. As the number of lynchings have increased, so has the cruelty and barbarism of the lynchers. Three human beings were burned alive in civilized America during the first six months of this year (1893). Over one hundred have been lynched in this half year. They were hanged, then cut, shot and burned.

Ida B. Wells and the Campaign against Lynching

How did Ida Wells fight for justice for African Americans? 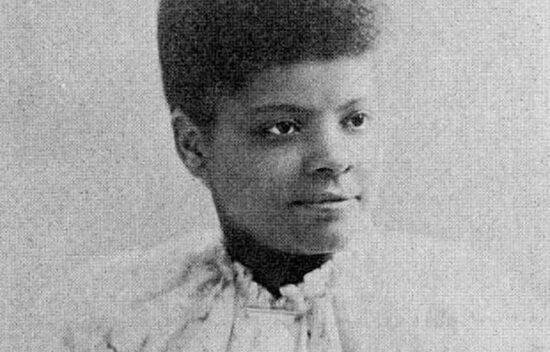 Taking Responsibility: Ida B. Wells and the Anti-Lynching Campaign

In this lesson, students will learn about the Ida B. Wells’ anti-lynching campaign and how she took her responsibility of teaching others about lynching seriously. They will also determine ways they can be responsible.