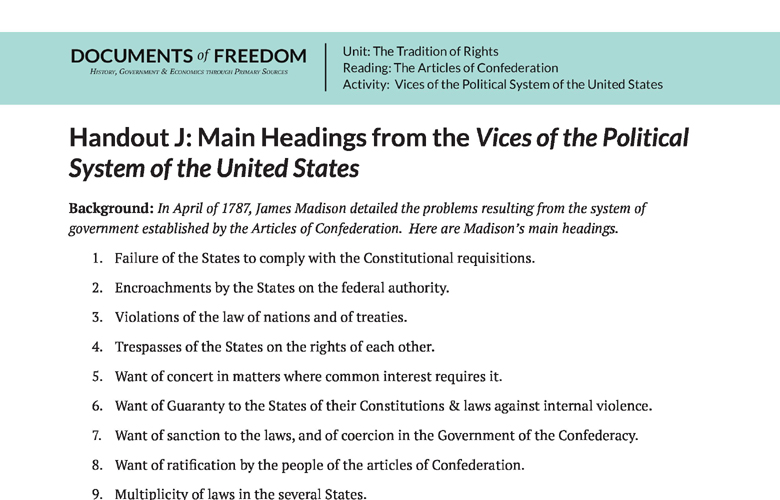 Handout J: Main Headings from the Vices of the Political System of the United States

Background: In April of 1787, James Madison detailed the problems resulting from the system of government established by the Articles of Confederation. Here are Madison’s main headings.