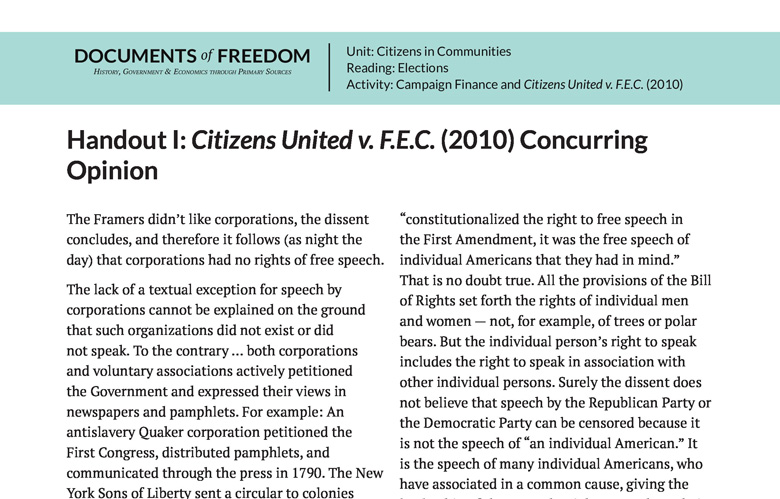 The Framers didn’t like corporations, the dissent concludes, and therefore it follows (as night the day) that corporations had no rights of free speech.

The lack of a textual exception for speech by corporations cannot be explained on the ground that such organizations did not exist or did not speak. To the contrary … both corporations and voluntary associations actively petitioned the Government and expressed their views in newspapers and pamphlets. For example: An antislavery Quaker corporation petitioned the First Congress, distributed pamphlets, and communicated through the press in 1790. The New York Sons of Liberty sent a circular to colonies farther south in 1766. And the Society for the Relief and Instruction of Poor Germans circulated a biweekly paper from 1755 to 1757.