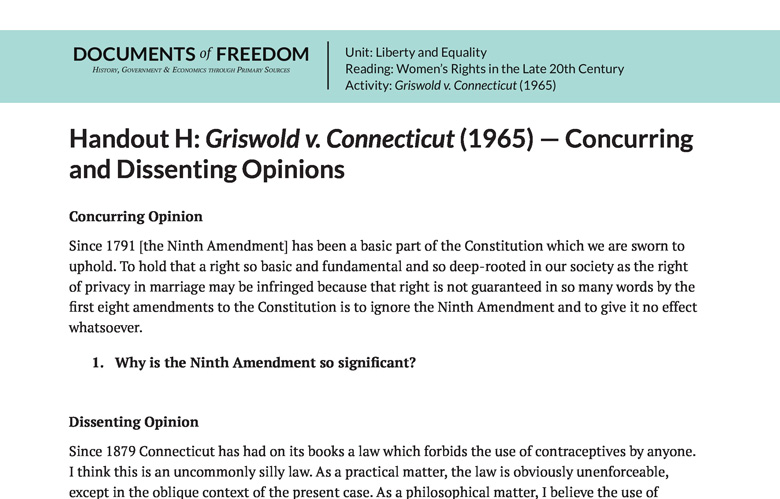 Since 1791 [the Ninth Amendment] has been a basic part of the Constitution which we are sworn to uphold. To hold that a right so basic and fundamental and so deep-rooted in our society as the right of privacy in marriage may be infringed because that right is not guaranteed in so many words by the first eight amendments to the Constitution is to ignore the Ninth Amendment and to give it no effect whatsoever.

Since 1879 Connecticut has had on its books a law which forbids the use of contraceptives by anyone. I think this is an uncommonly silly law. As a practical matter, the law is obviously unenforceable, except in the oblique context of the present case. As a philosophical matter, I believe the use of contraceptives in the relationship of marriage should be left to personal and private choice, based upon each individual’s moral, ethical, and religious beliefs. As a matter of social policy, I think professional counsel about methods of birth control should be available to all, so that each individual’s choice can be meaningfully made. But we are not asked in this case to say whether we think this law is unwise, or even asinine. We are asked to hold that it violates the United States Constitution. And that I cannot do.