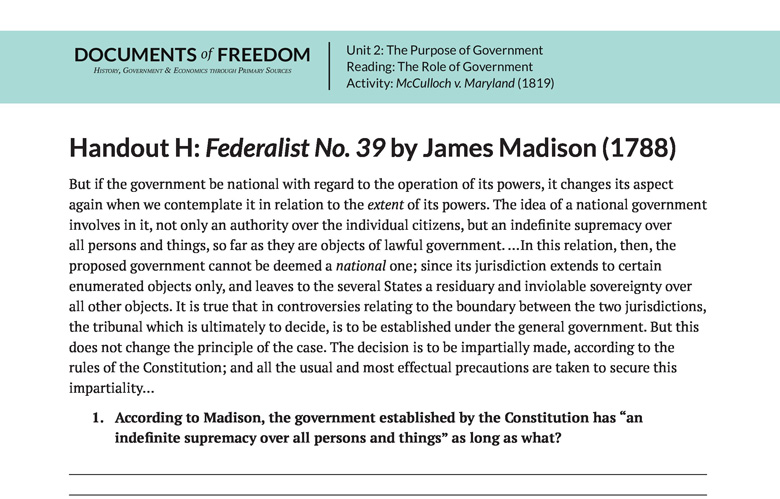 But if the government be national with regard to the operation of its powers, it changes its aspect again when we contemplate it in relation to the extent of its powers. The idea of a national government involves in it, not only an authority over the individual citizens, but an indefinite supremacy over all persons and things, so far as they are objects of lawful government. …In this relation, then, the proposed government cannot be deemed a national one; since its jurisdiction extends to certain enumerated objects only, and leaves to the several States a residuary and inviolable sovereignty over all other objects. It is true that in controversies relating to the boundary between the two jurisdictions, the tribunal which is ultimately to decide, is to be established under the general government. But this does not change the principle of the case. The decision is to be impartially made, according to the rules of the Constitution; and all the usual and most effectual precautions are taken to secure this impartiality…