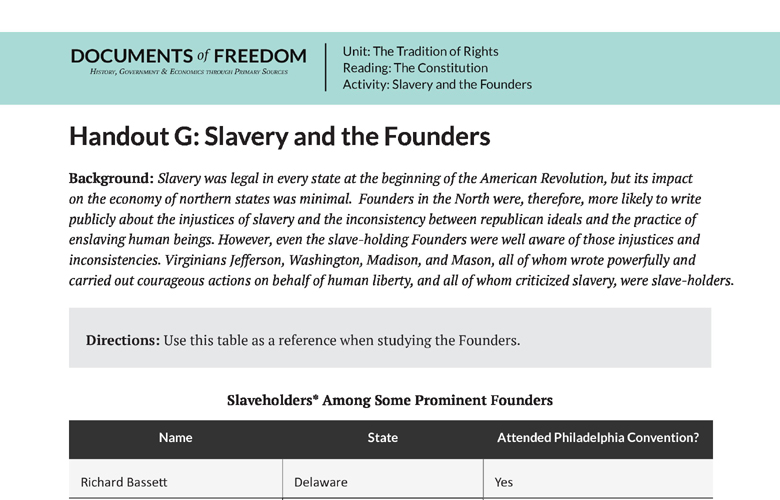 Handout G: Slavery and the Founders

Background: Slavery was legal in every state at the beginning of the American Revolution, but its impact on the economy of northern states was minimal. Founders in the North were, therefore, more likely to write publicly about the injustices of slavery and the inconsistency between republican ideals and the practice of enslaving human beings. However, even the slave-holding Founders were well aware of those injustices and inconsistencies. Virginians Jefferson, Washington, Madison, and Mason, all of whom wrote powerfully and carried out courageous actions on behalf of human liberty, and all of whom criticized slavery, were slave-holders.

Directions: Use this table as a reference when studying the Founders.

Slaveholders* Among Some Prominent Founders